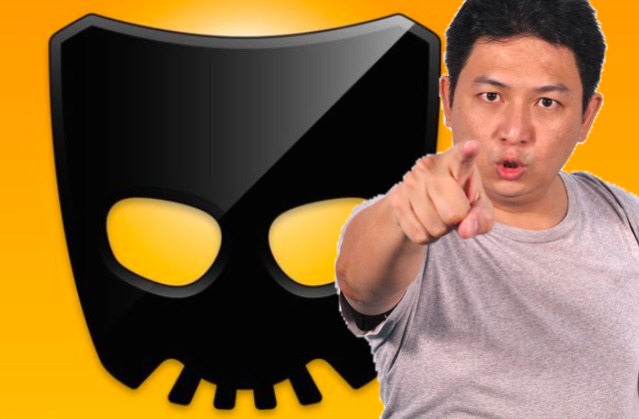 We all know about “No Fats/No Fems” and racist, ageist, or, well, just plain nonsensical Grindr types—“Straight-Acting?” anyone?

But what about those other archetypes you see every time you log on and get ready to ping?

We came up with 10 of our favorite Grindr personalities, whether perplexing, peculiar or just plain fun. Feel free to add your own in the comments section.

After all, we’re all just looking…

Also known as “Trainer,” “Great Hands” or “Gen?,” the Secret Escort usually hides behind some other profession, with a hot pic and profile listing his positional preference—then a sentence saying “not looking for sex.” Hello? No sooner does Grindr admins catch up to these guys and delete their profiles than they are back with a new account. True, some of these guys save you time by posting their six-pack abs and dollar sign emojis after you ping them, and, also true, they’re taking up your playing area. As for the “generous?” boys, it’s usually best to respond that, yes, you will offer them a shower and towel before you kick them out the door. Hugs.

You know the type: He’s married to the perfect man, they couldn’t be happier, his adorable puppy is on the roll of photos he shares. And, here’s the kicker; half the time he doesn’t even want to meet, he just “can’t resist looking.” And, God forbid you ask what he’s into or send him a photo. Instant block! He’s far too devoted to hubby to allow such pagan behavior, even though his profile lists all of his stats, including favorite position and (unprintable here) requests. He’s both passive and aggressively irritating.

You get all excited cause you hear the click, click, click sound of Grindr notices and think “Wow! I’m really popular tonight. Must be the new pic.” Then you look and find 17 photos of the same guy’s…insides. Even if he’s 20 miles away he can almost always “come over right now,” gets mad if you don’t respond within a minute, and keeps sending more photos before you have a chance to block him. If you’re lucky, you’ll get one “sup?” in the mix.

This dude generally has a nice face and hot bod, so you decide you’ll check out his profile description. I mean, he could be “the one.” Three hours later, after finishing what makes War and Peace seem like beach reading, you’re exhausted from his list of needs. Mostly, it’s what he doesn’t need: Men who write short sentences, men who send unsolicited photos, men who live too far, men who just want to hook up, men who use acronyms, men who share an Instagram link, men who call him Daddy, men who chat too much, men with too many freckles… issues much? Time to delete Grindr much? If you’re unwise enough to ask him what he wants, most likely it will be a short “not you, man.”

You know the ParTy Guy is calling when the ping hits you at five in the morning, followed by several X-rated photos, his location, and a “need it now,” urgent message. He doesn’t ask for your photos or seem to care what your sexual preferences are. If he’s hot, too bad: The romance goes out the phone when you say “No, I don’t party, at least not with the upper case T. Wanna chat s…” Here’s another response to a parTy request: “Is there cake?” Block! And never to be heard from again. Damn parTy poopers.

This bud has brought long-distance love affairs back in fashion, kind of. You live in, say, Georgia, and he lives in Detroit, but that doesn’t stop him from finding you, wooing you, and saying you’re the hottest man he’s ever seen on this otherwise useless app. Can he have your digits? When you remind him that it’s unlikely you’ll be in Detroit anytime soon, he’s not deterred. There are daily taps and new photos and updates on your incredible beauty. Eventually, the messages cease to exist, as does he; most likely his therapist helped him with his “unavailability” issues. Still, the end of the romance is a cause for the vapors.

You’ll never actually chat with this guy because he blocks you before you’ve read any of his messages. Here’s the scenario: You don’t read his first ping immediately (heaven forbid), and while you’re doing some menial task like brushing your teeth or preparing your taxes, he sends you 15 more, first saying “interested?” then “????”, followed by nasty comments about how your rudeness is a sad reflection on gay men in today’s world, and besides, you’re ugly and old. “Goodbye.”

His profile picture is of a faceless guy in tight, tight jeans, from the back, and his profile name is “Dates Only.” Since everyone loves a good romance, you’d love to take him up on his offer, but where on Earth would you put the roses?

This guy always finds you first, sends pics, insists you’re just his type and wants to know when you are free to meet. He’s charming as all get-out, and it seems like the perfect match. There’s only one hitch: When you do pick a time and place, he’s not free. Ever. This doesn’t mean he won’t go away: Au contraire; you’ll get daily pings, new pics, new expressions of his lust, and new requests to meet. Sometimes, he’ll even say he’s free “now,” but then logs off for six hours. You roll your eyes, even block him to avoid the annoyance. Before you know it, he’s back with a new account and starts the routine all over again. Oh yeah, and he’s usually forgotten you’ve ever chatted in the past. “Pics?”

He’s new to the city, he’s looking for career opportunities, he needs a roommate, he’s networking. In fact, he’s doing everything but looking for sex. Hey, we get it: Life is tough and Grindr’s a place to find gay men like yourself. But here’s the oil rub: Not only is he half-naked in his profile pic, but he’s also appalled, appalled if you express interest or suggest a meeting.

I mean, what do you people think this is, a hook-up site?