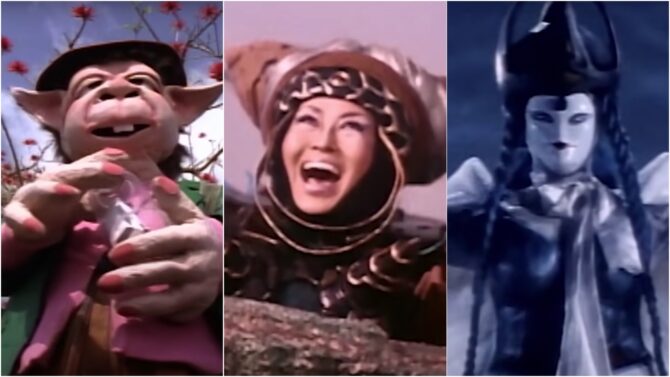 The Power Rangers have been around for decades, but this fantastical action franchise keeps on “mighty morphin” into a more inclusive place.

Take, for instance, the introduction of a new, non-binary villain, ominously known as the Death Ranger. The grimly grinning warrior is set to debut in the Boom! Studios comic, Power Rangers UNLTD Death Ranger #1, the latest adaptation of the colorful teen super-team’s adventures. Writer Paul Allor recently took to Twitter to share photos of the “tragic and ancient” Death Ranger, following up to confirm that “The Death Ranger’s pronouns are they/them, as is the case with their entire race.”

NEW BOOK ANNOUNCEMENT! This summer, @KathLobo and I bring you the tragic and ancient origin of THE DEATH RANGER!

So thrilled to be back in the MMPR world again, working with @DafnaDOOM, @Gwenisms and the whole @boomstudios crew!

Anyway, prepare to have your heart ripped out. pic.twitter.com/YLsP6aDHu5

And while this is an undoubtedly exciting development for long-time fans of the series, as well as champions of LGBTQ representation (yes, even ancient, tragic evils count as wins for inclusivity!), let’s be real: Power Rangers villains have always been queer.

As many kids of the ’90s will remember, the original American television show—built around and dubbed from the Japanese tokusatsu series Super Sentai—introduced a campy coterie of monsters, aliens, and maniacal space witches, many of which gave off major gay vibes.

In honor of the non-binary Death Ranger’s announcement, let’s take a trip back in time to remember some of the most absurd villains from the classic first season of Mighty Morphin Power Rangers, the ridiculous baddies who we’re going to retroactively claim as part of the LGBTQ community simply because we can. 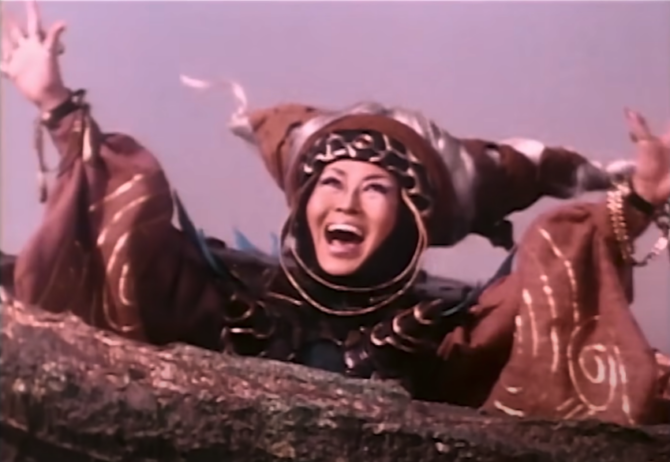 From the moment this fabulous sorceress freed herself from her 10,000 year banishment in a space dumpster, we knew we had an icon on our hands. A cackling weirdo with a dramatic sense of fashion, Rita Repulsa just screamed drag queen (and we do mean “screamed”—she yells. A lot). Intent on taking control of Earth, she was the main source of all the Power Rangers’ problems throughout their early run, frequently crafting ludicrous monsters with her own perfectly manicured hands. 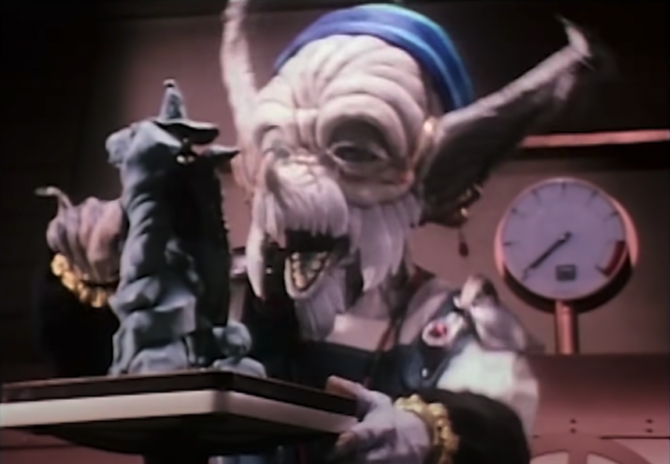 But Rita couldn’t do it without her trusty henchman, Finster, a pointy-eared alien with an eye for design who was responsible for creating the majority of the classic, campy monsters that faced off with the heroes in early seasons. Even though he’s a villain, Finster has a more delicate touch, often remaining behind the scenes, speaking to the queers who would rather spend their weekend nights at home with an adult coloring book and a warm cup of tea. Honestly, aren’t we all a little Finster at times? 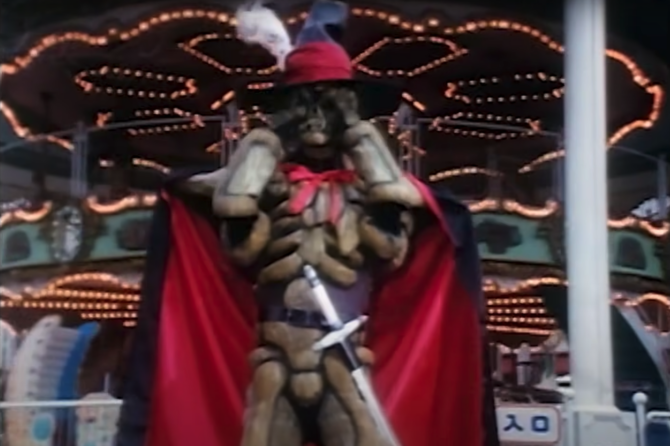 The very first “Monster Of The Week,” the aptly named Bones, proved early on that Finster and Rita had a knack for conjuring up some flamboyant foes. The skeletal swordsman was fairly swiftly vanquished by the Rangers, but Bones is remembered for their theatrical wardrobe: The wide-shouldered cape, that red lavallière tie, that stunning fascinator topped off with a feather? As the Pink Ranger used to say: “Totally stylin’!” 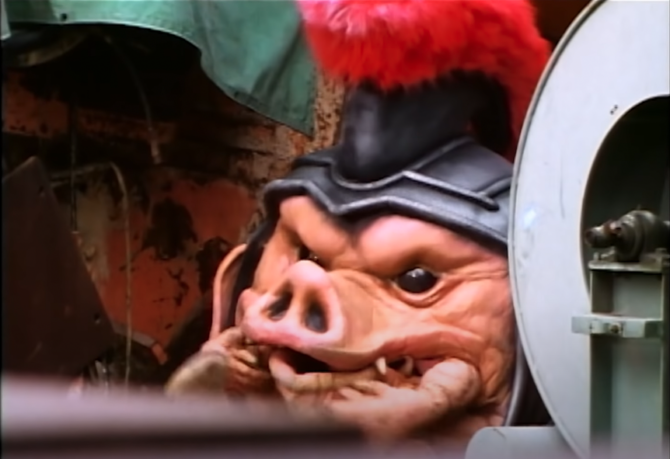 There’s perhaps no classic monster remembered more fondly than the insatiable Pudgy Pig, who terrorized the town of Angel Grove, California as they ran around squealing, “More food!” Pudgy’s demise came when they ate too much spicy grub and had an ill-timed explosion of gas—we’ve all been there. Pudgy taught us early on that all bodies are beautiful. 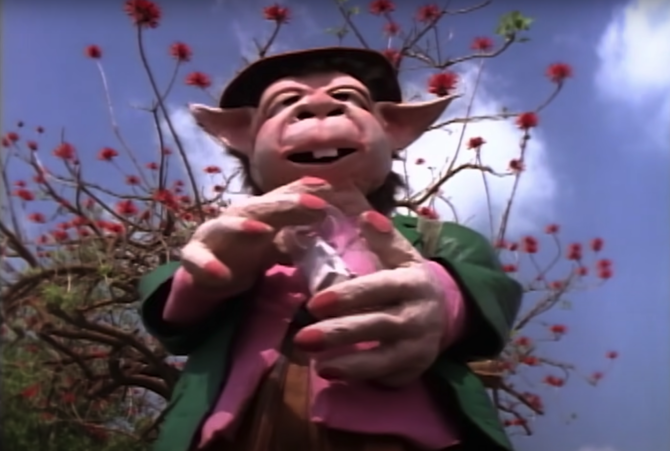 Gosh, it feels so good to see yourself represented in media. Mr. Ticklesneezer is a sleepy-eyed elf creature (with a gorgeous manicure, we might add) who stands out for being one of the series’ first sympathetic villains, really only wanting to add to his collection of “goodies.” Aww poor guy. We just prefer not to know how he got that name, thanks. 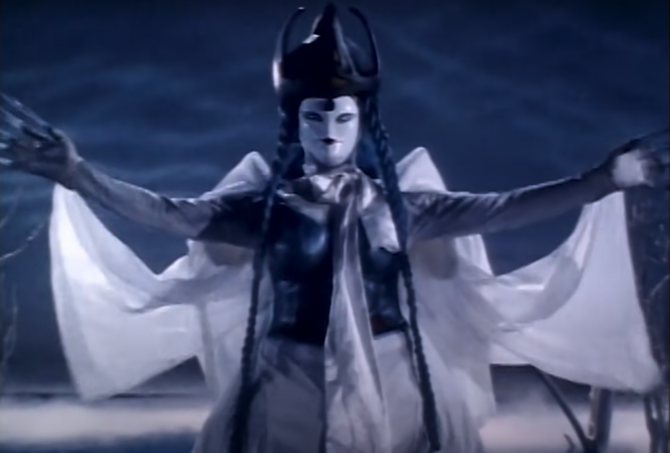 This high femme enchantress was an old gal pal of Rita’s who was summoned to Earth to take down the Power Rangers. Madame Woe is cursed/gifted with the ability to bring trouble and woe to anyone she touches, which sounds an awful lot like a lot of queers we know, come to think of it. Still, she is pure glamour with long, braided hair and a porcelain complexion. Drop the skincare routine, Madame! (Fun fact: Madame Woe is voiced by Marvelous Mrs. Maisel‘s Alex Borstein, a.k.a. the voice of Lois from Family Guy.) 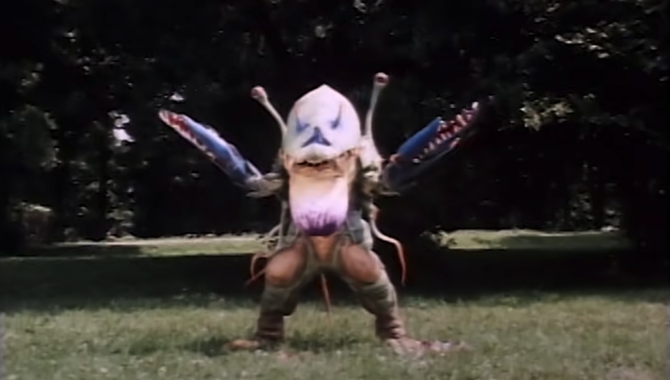 Plant gays, rejoice! See, even you are represented within Power Rangers‘ monstrous menagerie. In its episode, Spit Flower is sent to wreak havoc on Angel Grove by sabotaging the town parade—which we can only assume happens because it was a “Straight Pride” Parade or something. With its gnarly teeth and hanging root tendrils, Spit Flower might appear to be pretty fearsome, but we think he’d look nice on your balcony, right next to the other succulents. 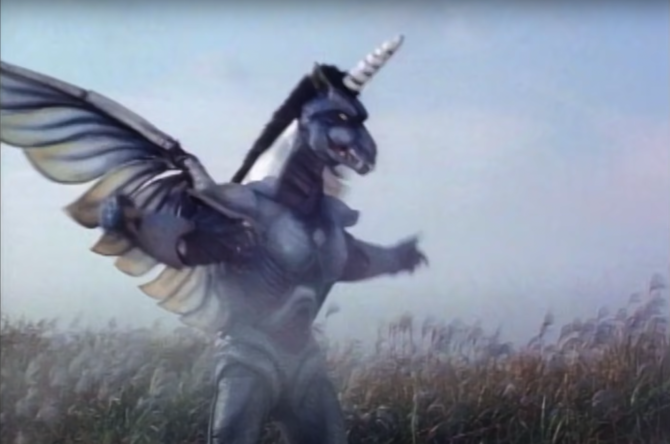 Taking a page from Captain Planet, Power Rangers featured an early episode that taught young viewers a very special lesson about the importance of reducing, reusing, and recycling. It also included a unicorn-themed monster named Polluticorn, and, well, you don’t get any gayer than unicorns! This prancing diva, however, has a nasty habit of ravaging the recycling plant. Greta Thunberg would not approve. 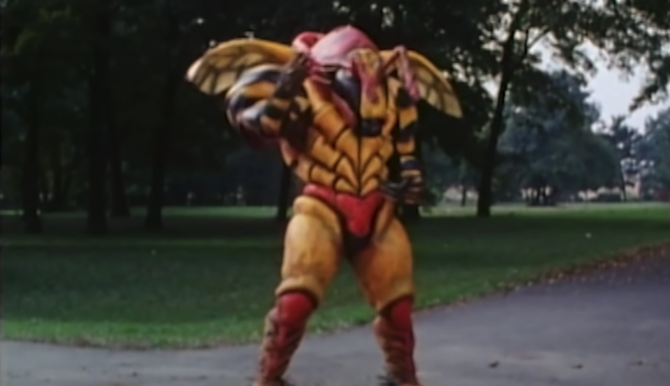 Oh honey, Grumble Bee is a total queen. Get a load of those big statement shoulders—and that cinched waist! Grumble Bee makes a dramatic entrance in season one, and then continues to pop up later in the series’ run, including during Rita Repulsa’s wedding to her villainous compatriot, Lord Zedd. Because one thing queers sure love is to steal the spotlight at a wedding. 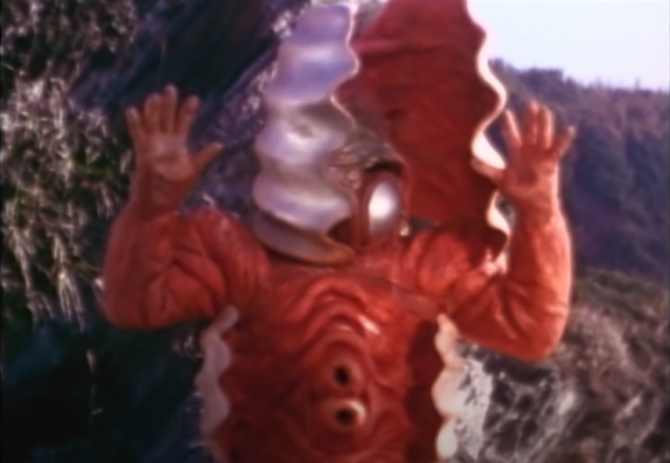 Oysterizer is a giant yonic metaphor on legs—need we say more?