Now that 2017 has come to a close, our wilting Christmas trees have moved to the curb, and everyone resolves to get into shape for the coming year (see how long that lasts), the time has come to look ahead at 2018 and all things queer in the entertainment world. Granted, Call Me By Your Name, The Shape of Water and a number of other great queer-themed films will linger in the theatre for Oscar consideration, so don’t forget about visiting them, either.

But, as far as new for 2018, these movies and television shows stand out from the pack, some for featuring queer talent, and others, awesome queer characters. Have a look, set your DVR, and mark your calendar.

This stuff is too gay to miss… 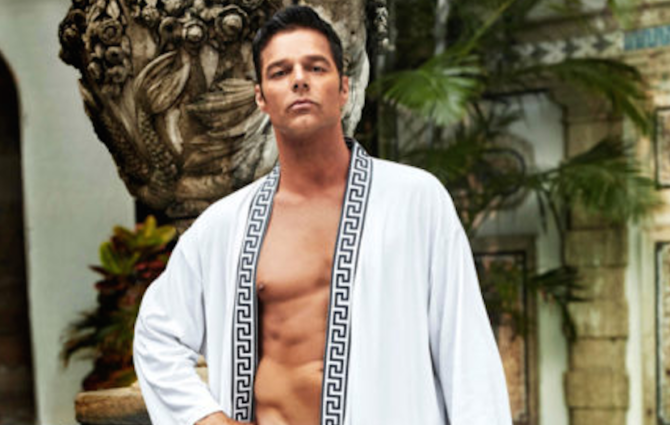 Gay TV svengali Ryan Murphy strikes again, this time with the season two follow up to his triumphant The People vs. OJ Simpson. Even better, Versace (not pronounced Ver-Say-se) will feature a story with real-life gay characters, like the titular fashion legend played by gay actor/singer/hunk Ricky Martin. Ricky gets a chance to show off his much-discussed acting chops, along with his much discussed ass in the new series centering on Versace’s murder at the hands of crazypants gay Andrew Cunanan, played by heartthrob Darren Criss. We’ve also read the source book, Vulgar Favors in all its salacious, homophobic glory, so we really have to wonder how the show will turn out. In Murphy’s capable hands, he will fix the book’s flaws, no doubt. 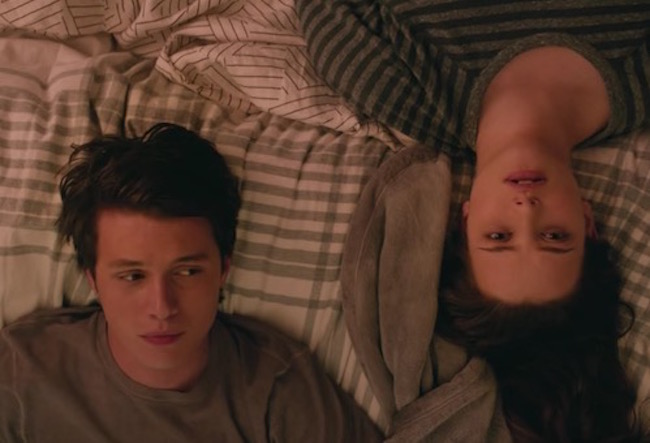 Another gay TV svengali, Greg Berlanti, makes his return to feature films with Love, Simon. The movie has already caused a stir over its subject matter: a gay teenager who falls in love with his pen pal. Based on the acclaimed novel Simon vs. the Homo Sapiens Agenda, the movie also marks Berlanti’s 2010 dud Life as We Know It. Here’s hoping that the man who made the lovely, heart-warming The Broken Hearts Club finds his directorial footing again with a more personal subject. 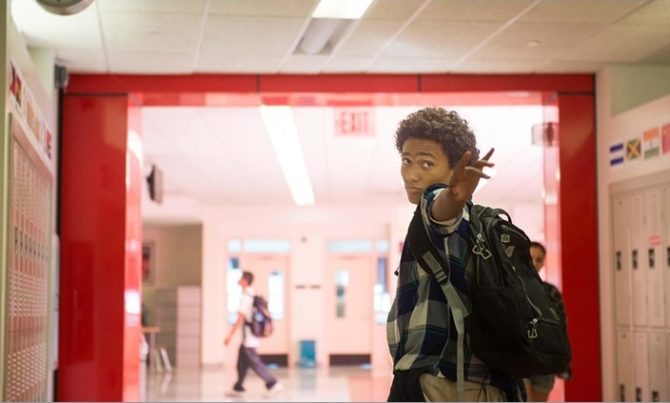 Ok, so technically Saturday Church debuted last year, making its way around the festival circuit. Still, it gets wide release in theatres, on DVD and on streaming services this year, making its charms available to the broader public. A wonderful musical about a gay and gender-questioning teen who discovers the underground drag ball scene, Saturday Church plays like a combination of Moonlight and La La Land. It is seriously good. Who says old rivals can’t become friends? 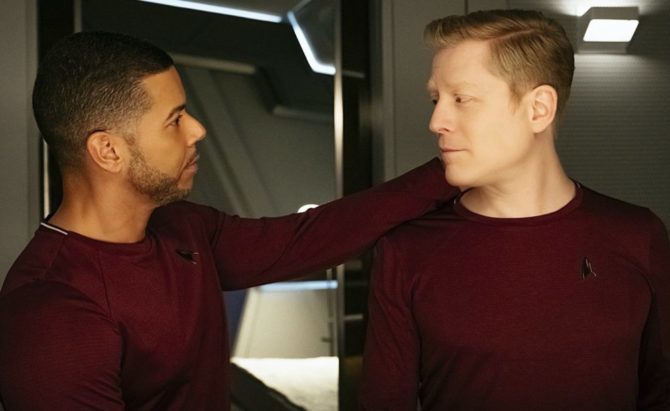 The latest outing of the long-running sci-fi franchise returns this month, along with the cutest couple on TV, Hugh and Paul. When last we saw them, Paul had gone into some kind of shock courtesy of his experimental spore drive, leaving Hugh and the rest of the Discovery crew in the unknown reaches of space. Here’s hoping Paul has a speedy recovery, and that we get more tender scenes of the biracial couple, played by stalwart out actors Anthony Rapp and Wilson Cruz. 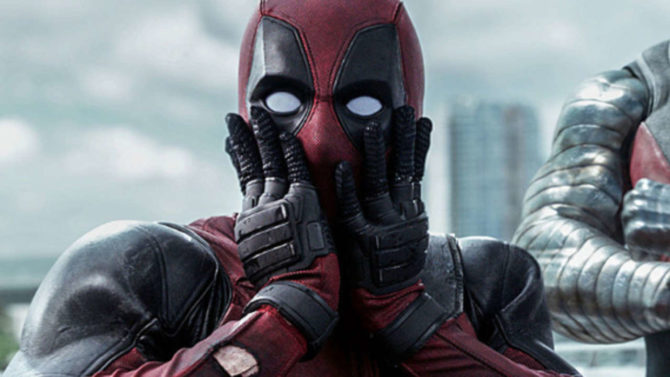 The first Deadpool caused a sensation thanks to a wiseass performance by Ryan Reynolds (and his great ass), as well as the sexually fluid antics of its title character. 2018 sees Reynolds return as Deadpool for a—according to rumor, anyway—much gayer outing (as it were). We’ll settle for more scenes of Reynolds bottoming at the very least. 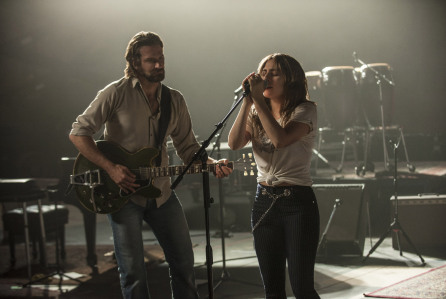 The title alone already holds gay legend status, thanks to two previous versions starring gay icons Judy Garland and Barbra Streisand. Maybe the gay icon status is a requirement for the lead role, since this time, Lady Gaga will take on the female lead opposite Bradley Cooper, who also directs. Expect a latter-day gay triumph, or at least a Burlesque-style trainwreck fun to watch for camp value.

Ok, so the first Mamma Mia wasn’t exactly a cinematic classic. In fact, it played more like a group of middle-aged moms attending a drag show…or possibly performing in one. Still, we can’t ignore a musical by ABBA that stars Cher as a grandmother, no matter how hard we try. 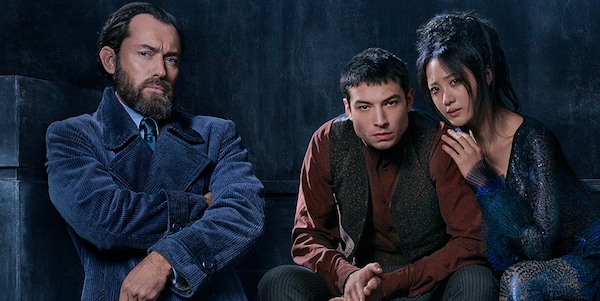 Queer star Ezra Miller sped away with our hearts as the superhero The Flash last year. In 2018, he returns to the world of Harry Potter in this sequel/spinoff. Miller plays a wizard forced through a strict religious upbringing to suppress his powers (sound familiar?), opposite Eddie Redmayne and Johnny Depp. Jude Law also stars as a young, handsome and gay Dumbledore. 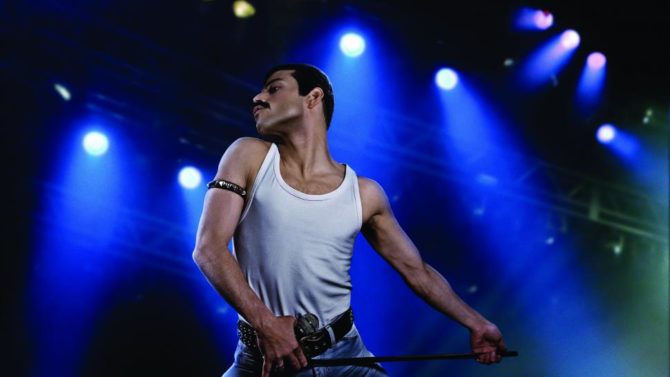 So we’re assuming this biopic of queer singer Freddie Mercury starring Rami Malek actually gets finished on time for its Christmas release and for awards consideration. Bryan Singer had to leave the production late last year over a family conflict—though recent reports suggest Singer’s alleged behavior with young men on and off set actually got him fired. Regardless, Singer will still get on-screen director credit, though we can’t imagine he’ll end up in the running for Best Director. 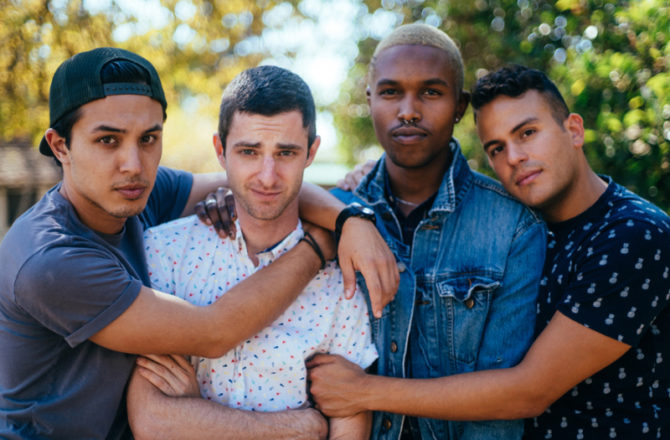 The acclaimed web series returns for a second season, finding adorable protagonist Nate still heartbroken over the loss of boyfriend Joey, and in the midst of a fight with his best friend Jeff. Filmed on location in West Hollywood, I’m Fine features a look at gay life in the big city and helps cement streaming provider Dekkoo as a center for quality original series.

Anything else on your TV radar? Let us know in comments…