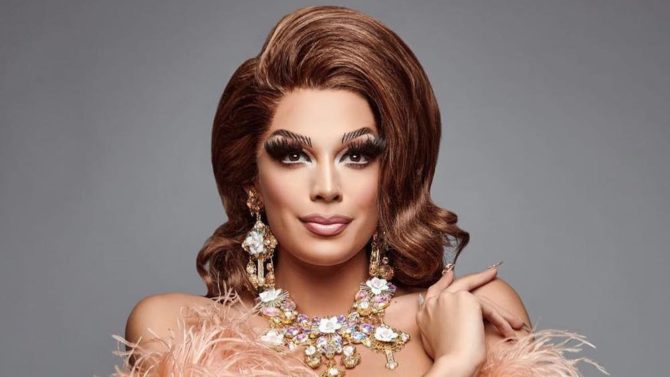 2019 is a year when a lot of big names decided to live in their truths, whether they were announcing their sexuality or gender identity for the first time or publicly adopting a different label. Here are their words and stories.

Idk why I took this

The pro wrestler came out as gay in January after previously labeling himself as bisexual. “As you get older, your viewpoints change,” he told YouTube viewers. “The way you look at the world changes, the way you look at yourself changes.”

Related: Gay and bi guys share the bizarre ways they came out of the closet

This German MP returned to the Bavarian regional parliament a trans woman in January. “I am a woman with every fiber of my body and now Madam regional MP as well,” she wrote in German on Facebook.

Donald Trump’s alleged mistress came out as bi in January after cracking a joke about “using [her] fists” on right-wing commentator Tomi Lahren. “I like to f*ck men and women,” she later tweeted. “It’s called bisexual.”

The retired soccer star came out as gay in January via an Instagram photo of himself and boyfriend Dirk Blanchat. “This relationship is the one that makes me the most happy ever in my life,” Pacifici told OutSports. “The more people who come out, the easier it will be for other people to follow.”

Related: Son of famous singer says he was inundated with x-rated pics from strangers after coming out as bi

Cook, the son of famed DJ and producer Fatboy Slim, announced he’s bisexual in a January interview with Boys by Girls magazine. “It’s very fluid,” he said. “Love is love, you can be who you want and love who you want. That’s my viewpoint.”

hate to say that I miss you

The Dear Evan Hansen star publicly acknowledged he has had relationship with men in February as he released the music video for his single “Ease My Mind.” He told People: “I’ve been out since I was 12 years old to my family and anyone in my life. I’ve never sort of hidden that or been ashamed by it. It’s just part of me.”

It's Saturday init… is it Saturday?

Campbell, who has starred on the British soap opera Coronation Street since 2014, confirmed she’s bisexual in February after being named ambassador for Manchester Pride. “The love and acceptance shown by the people of Manchester allowed me to accept my bisexuality and be proud of who I am,” she told Yahoo.

Hi y’all. So. I was on Instagram and I looked at my direct messages and it turned out someone was trying to rope me in to some (pretty creaky) homophobic banter. Huh! So, for clarity, here’s a pic of me and the boyf. Just to, y’know… straighten that one out. As it were. ?? pic.twitter.com/c7dZpfPfIy

Sampson, an actor from the British sitcom Plebs, warded off “homophobic banter” from an Instagram user with a photo of himself and his boyfriend. “Just to, y’know… straighten that one out,” he wrote on Twitter. “As it were.”

? Female ? Coloured ? Bisexual ••• Throughout my life these have proven to be obstacles from time to time. But now I’m fully embracing them as my superpowers. No matter how many “boxes” you check, I encourage you to do the same x ??????

This YouTube star and self-described “Superwoman” identified herself as “female, colored, [and] bisexual” in a February Instagram post. “Throughout my life these have proven to be obstacles from time to time,” she wrote. “But now I’m fully embracing them as my superpowers.”