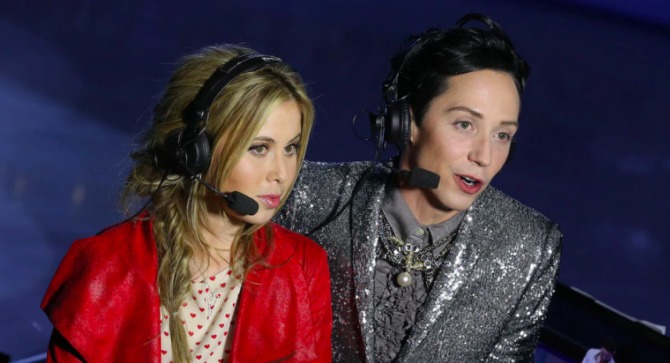 Adam Rippon’s defiance of Mike Pence and–more importantly–skating ability have captured the attention of the world, and made him a role model for LGBTQ athletes everywhere, one of the few athletes in the world who could stand up both to the competition and the trolling of the vice president of the United States.

The Washington Post ran a weird post downplaying the association between the flamboyance of figure skating with gay men. Frankly, we’d like to own that association, not flee from it, even if it is in part a stereotype. While the underlying notion that all male figure skaters are queer is of course bollocks, WaPo seemed to go out of its way to deny the existence the accomplishments openly gay skaters while ignoring Rippon and Eric Radford and acknowledging only two: Brian Boitano and Johnny Weir.

Speaking of Johnny, the out-gay champion skater (who once skated to Lady Gaga in competition, no less) turned NBC commentator has provided some of the smartest and most entertaining moments on this year’s Olympic telecasts, due in no small part to his Elton John-style fashion choices. Johnny took over the spot with pal Tara Lipinski back in 2014 after his retirement from competitive skating. In an awesome twist, their commentary proved so popular, NBC booked them as permanent commentators on everything from fashion to the Kentucky Derby. Chalk one up for the flamboyant, and the unapologetically authentic.

Johnny’s schmoozing with co-commentators Terry Gannon and fellow former Olympian Tara put on a show of their own every time the get in front of a mic. As such, we’ve thrown together this little retrospective highlighting some of Johnny’s best looks that simply cannot be denied.

Maybe after the Olympics, he could nab a spot on Project Runway…

2. Going for the Bling 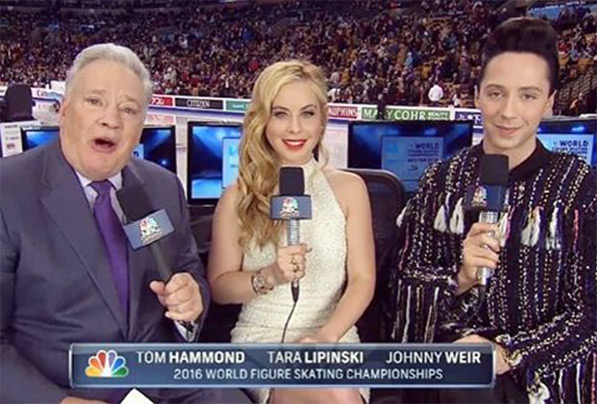 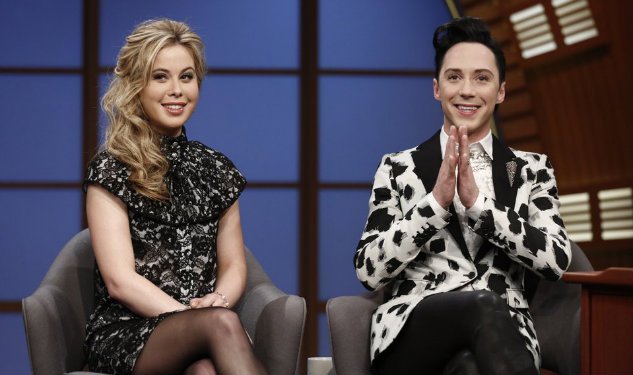 Get those puppies. Or did he already?

Check out Johnny’s commentary on NBC’s coverage of this year’s Olympics, and as a recurring commentator for NBC Sports.