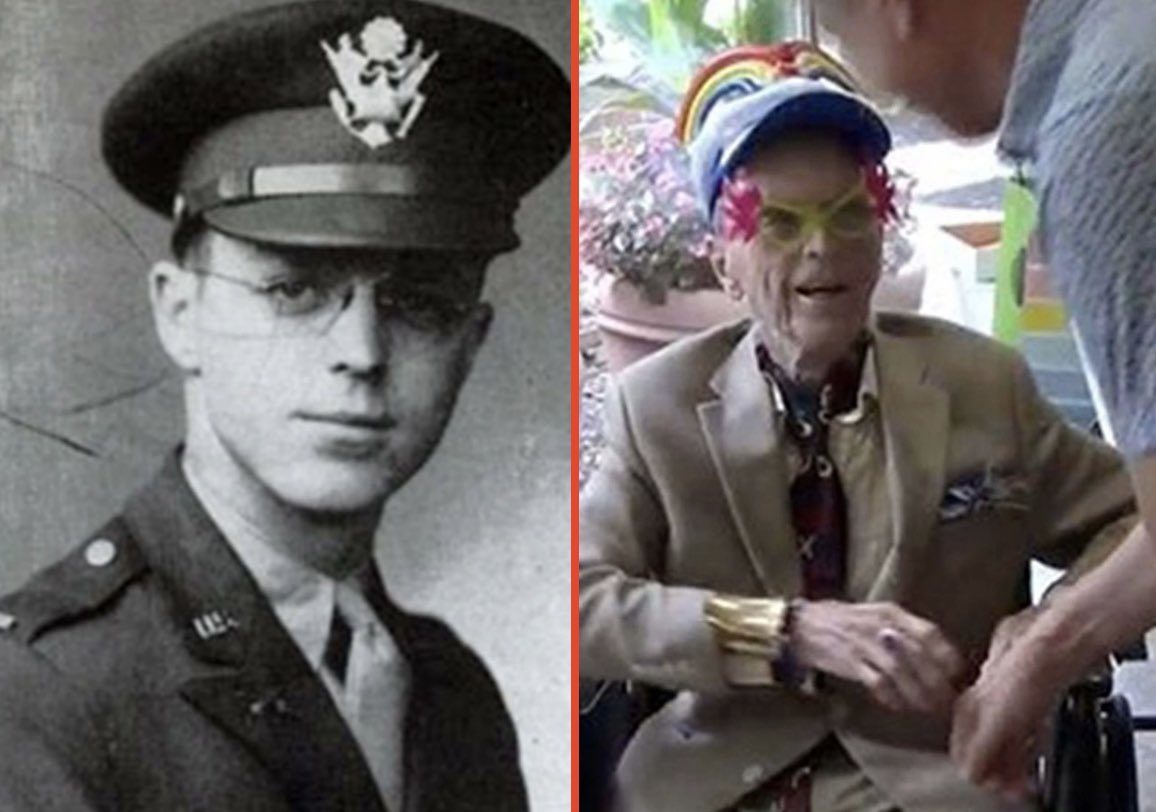 After fighting German forces in WWII and fighting “Don’t Ask, Don’t Tell” stateside, the only thing 100-year-old Rupert “Twink” Starr needs to be fighting off now is gift wrap.

The openly gay veteran was overjoyed at his century-birthday bash in Columbus, Ohio, reports NBC4.

“I think it is outstanding, 100th birthday with all these friends,” Starr said. “I enjoyed this so much. I’d like to do this every year.

“Such a good group of friends, I can’t believe they’ve taken the time and the energy to come to wish me a happy birthday and sing happy birthday. It’s overwhelming.” 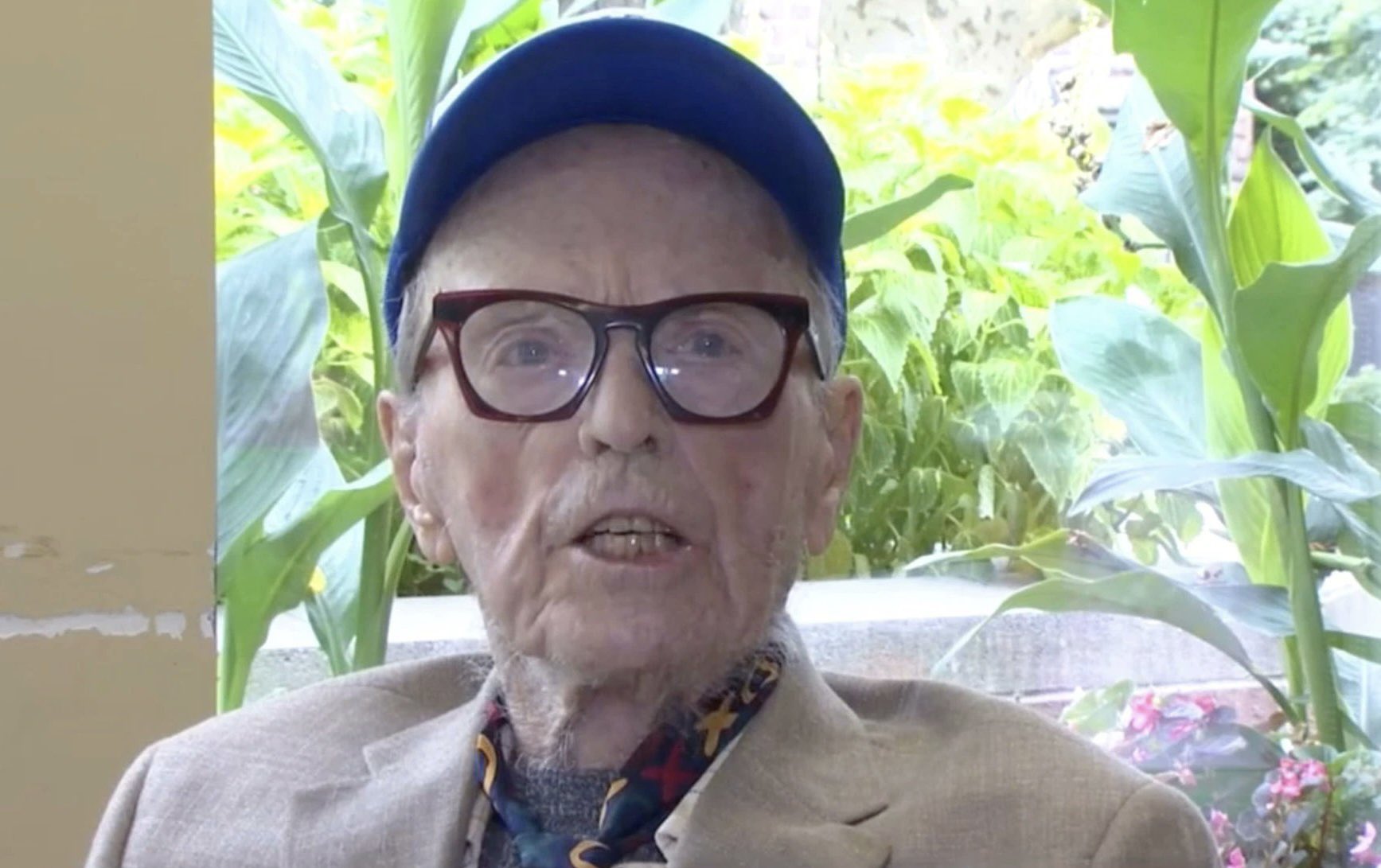 The veteran has more than earned his long, celebrated life.

Twink was in just his early 20s when he was taken captive during a risky maneuver at the Battle of the Bulge. After four long months as a German prisoner of war, he was liberated by allies.

He was eventually awarded a Bronze Star for his bravery and honorably discharged. Back home, he met and promptly fell for charming interior designer Allan Wingfield in 1954. The pair were happily together for the rest of Wingfield’s life.

In 2004, Twink vocally joined the fight against the homophobic “Don’t Ask, Don’t Tell” military policy instated by the Clinton administration, appearing in multiple gay veteran documentaries and even Grand Marshalling Columbus Pride in ’09. 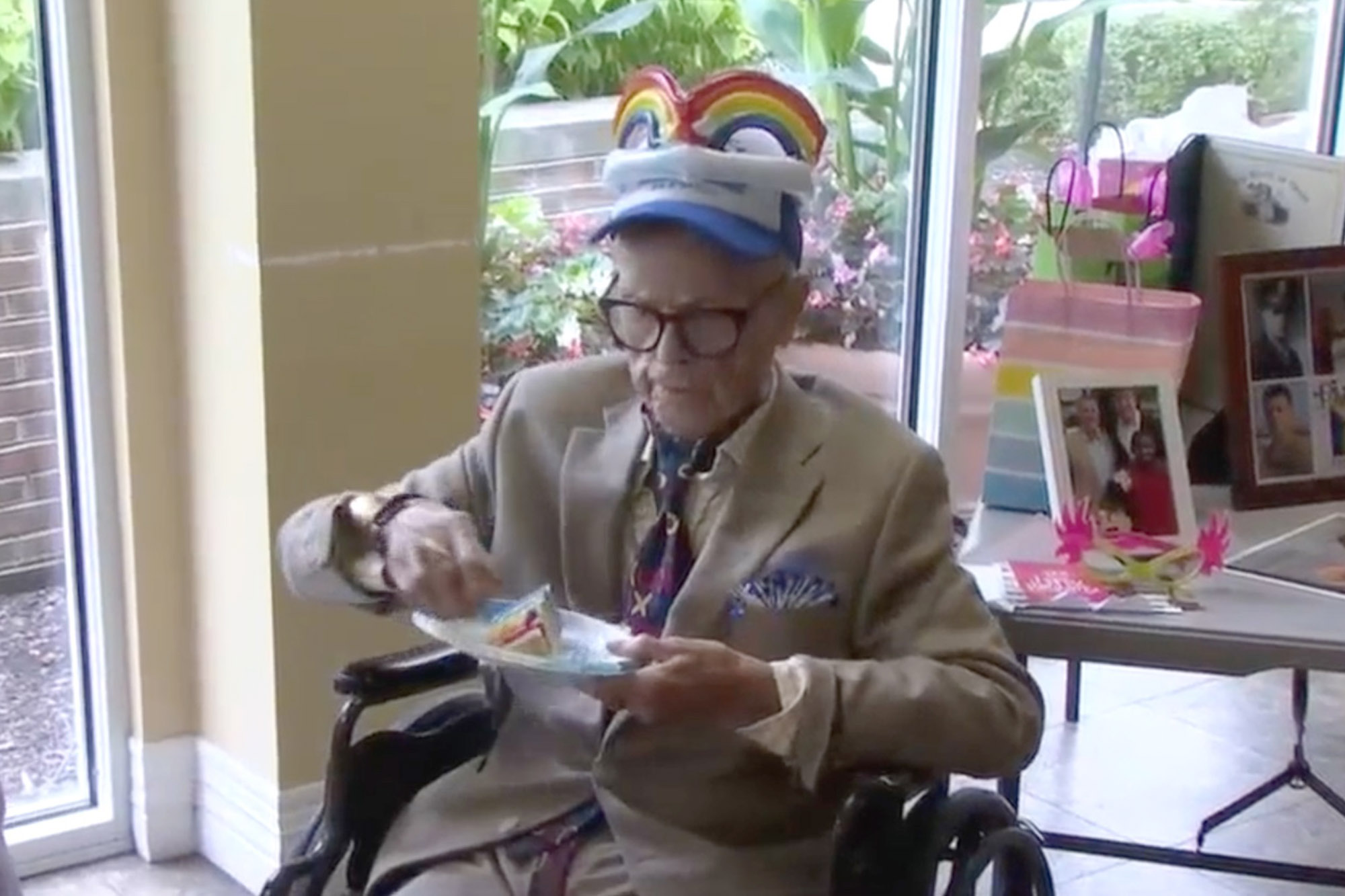 Related: Navy veteran discharged over sexuality is to get confiscated medal returned

Twink’s celebration featured a rainbow layered cake, with a cute rainbow-laden cap for the man of honor.

With all these years of bravely standing up in his history, it was finally time for everyone else to stand up for him — to sing “Happy Birthday”, that is.

Now we’d just like to him to tell us how he got that nickname.