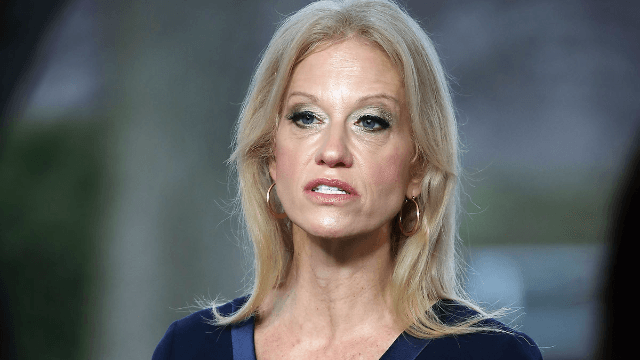 Donald Trump‘s presidency is off to a rocky start. Not only was his poorly attended inauguration on Friday overshadowed by the Women’s March the following day (which drew nearly 3 million people nationwide), but he had his Press Secretary, Sean Spicer, blatantly lie to reporters about the inauguration attendance numbers, claiming Trump had the “largest audience ever to witness an inauguration, period,” despite clear photographic evidence, metro data, and TV ratings numbers to the contrary.

If that wasn’t pathetic enough, Kellyanne Conway then went on Meet The Press to defend Spicer’s lies. “Sean Spicer gave ‘alternative facts,’” she insisted. Naturally, Twitter had a field day with this. An #alternativefacts hashtag began trending, with people offering their own ridiculous interpretations to facts they find inconvenient.

Scroll down for some of our favorite #alternativefacts tweets…

Icebergs are disappearing because polar bears are eating them #alternativefacts

I stuck an extension cord in my gas tank so now my car is electric. #AlternativeFacts

Grabbing by pussy meant he was trying to pet their cats. #alternativefacts

WE WILL WIN GRAMMYS IN EVERY CATEGORY THIS YEAR #alternativefacts

'Nobody has more respect for women than me, believe me.'

Hillary is president right now. I choose to believe this. #alternativefacts

There was never a Tegan AND a Sara. #fightclub #alternativefacts

I was born a woman #alternativefacts

officer I am not drunk, I am alternative sober, #alternativefacts

As a member of the @backstreetboys, I had a love child with @BettyMWhite. #AlternativeFacts

And then, of course, there’s this tweet from the all-knowing Merriam-Webster dictionary itself…

?A fact is a piece of information presented as having objective reality. https://t.co/gCKRZZm23c