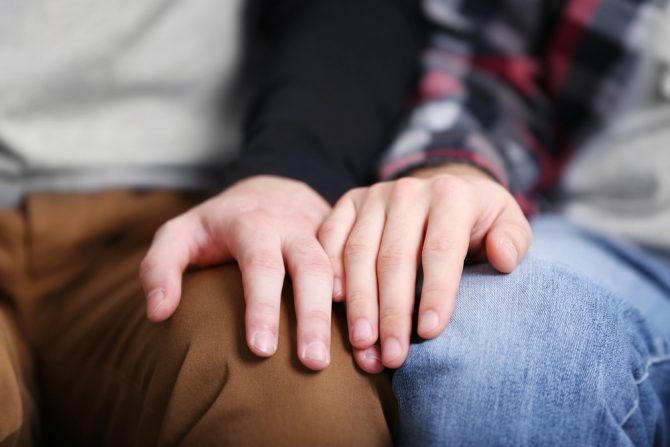 Is it time to start taking heteroflexibles more seriously? According to Nicole Legate, an assistant professor of psychology at the Illinois Institute of Technology, the answer is: Yes!

Legate is the co-author of a 2016 study that looked at people’s specific identities, behaviors, and attractions to gain a better understanding of sexual orientation as a whole.

She and co-author Ronald Rogge interviewed over 3,000 adults living in the U.S. over the course of roughly two years. What they concluded was that an additional sexual orientation category–heteroflexibles–should be added alongside heterosexuals, bisexuals, and homosexuals.

An in-between between bisexual and straight. A person who is mainly straight but does sometimes find the same gender appealing. Most of them could imagine having a homosexual relationship, but they mainly have heterosexual relationships.

It’s easy to bunch heteroflexibles in with bisexuals, but the Legate and Rogge found distinct differences between the two groups.

First, they observed that 56% of bisexuals reported having had a same sex partner in the last year, whereas for heteroflexibles that number was slightly lower, at 42%. They also found that heterosexuals had their own unique health issues.

“Against heterosexuals, they [heteroflexibles] showed higher rates of different kinds of risks and worse psychological functioning,” Legate tells the Chicago Tribune. “The risk behaviors they showed in our study were things like problematic drinking, condom-less sex–so greater levels of sexually transmitted infections.”

Heteroflexibles are much less out about their orientation, according to Legate, so they don’t talk about it to other people nearly as much as bisexuals or gay and lesbian individuals. And not offering that bit of information to a health provider could prevent a physician, for instance, from recommending getting tested or talking about PrEP, pre-exposure prophylaxis, to prevent against HIV since same-sex partners (regardless of how one identifies) tend to have greater risk for sexually transmitted infections.

Based on her research, Legate estimates that up to 15% of the general population could identify as heteroflexible, but she says more data is needed to make a better determination.

One way to gather this information could be through doctors’ officers.

“When you go to the doctor’s office, they don’t ask you for your sexual orientation,” Legate says.

“I think educating providers about the fact that it’s OK to ask and that it is relevant in many cases just like knowing race and age — these are standard demographic questions that can give us a little extra health information or help us understand what groups may be at elevated risks for different things.”