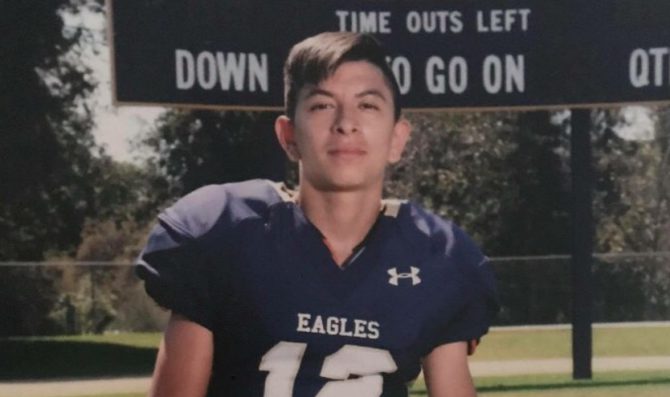 A 16-year-old boy has been arrested on suspicion of killing his ex-boyfriend.

On Wednesday, April 18, the body of 17-year-old Jeremy Sanchez was discovered stabbed to death near a riverbed in South El Monte, a community east of Los Angeles.

A 16-year-old classmate of Sanchez, who has also been identified as being romantically involved with the victim, was arrested. The suspect’s name is not being released because he is a minor.

It is believed that Sanchez broke up with the suspect and had begun dating a girl.

Sanchez was reported missing by his father the night before his body was discovered, prompting a search effort.

The suspect “discovered” Sachez’s body by the riverbed.

“This is somebody who obviously planned this, who tried to plan it well,” said Los Angeles County Sheriff’s Department spokesperson Lt. John Corina. “And who then tried to throw everybody off.”

A friend of Sanchez, Ashley Lara, told local news that he’d previously been the victim of homophobic abuse at the hands of fellow classmates.

“He stopped wrestling and being a football athlete because of this bullying,” she said. “He might have been bisexual and he got bullied because of that. So that made him quit sports.”