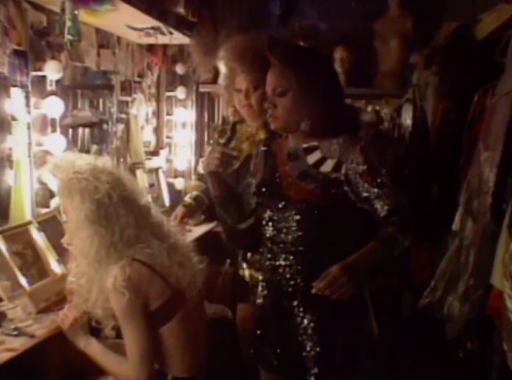 In 1992, a news station in Atlanta ran a story on local club promoter/drag queen (then called a “female impersonator” or “night person”) Mr. Charlie Brown.

It showed the queens putting on their makeup and costumes, interacting with the audience members, and talking about their craft.

“There’s a lot of comedy here,” Corvin says, “that appeals to all sexualities!”

“I am very fortunate to still be doing this at age 69,” he recently told an interviewer. “I live for the show each night.”