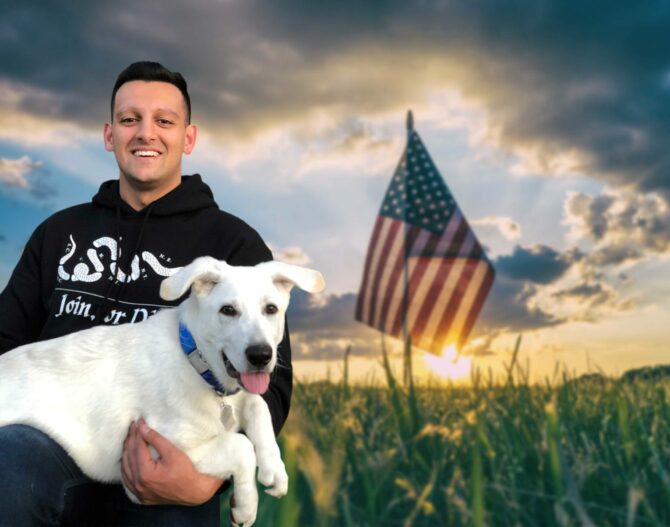 Neil Robinson Kumar is a raging homophobe currently running for the U.S. House in Arkansas. He hopes to unseat six-term Rep. Steve Womack in the 2022 midterm elections.

The 26-year-old law student recently sent out an email blast with the subject line “LGBT Groomers Want Your Kids“. The message, addressed to “fellow patriots”, accuses gay people of being “sodomite predators” and public schools of being “psychological torture camps.”

It also says pedophilia is the greatest threat humanity has ever faced and claims children across the country are being “brainwashed” into thinking they are transgender and being force-fed puberty blockers against their parents’ wishes.

“Education has been replaced by the promotion of the depraved LGBT agenda, a Satanic attack on God and Nature. I call it LGBTP—the P is for pedophilia,” Kumar writes.

“These sodomite predators are grooming, brainwashing, and mutilating our vulnerable children. These demons are defiling innocence itself, and they must be stopped. ”

The email goes on for several more paragraphs, but we think you probably already get the point.

Kumar concludes the message by asking people to donate to his campaign so he can “FIGHT for the AMERICAN people, not limp-waisted frauds who never miss an opportunity to stab us in the back.”

On his campaign website, Kumar lists says “fighting LGBTQ perversion” as one of his top priorities, if elected.

“Family is the most critical building block to civil society,” his site reads. “To defile marriage is to destroy the family. America must flat-out reject the perversion of family life by the hateful, anti-Christian homosexual lobby.”

He goes on to say he opposes same-sex marriage and gay adoption and wants to outlaw any sort of health care to trans people. Borrowing a page from Putin’s playbook, he also says he wants to criminalize “the dissemination of LGBT propaganda among minors.”

So that’s all pretty awful. But there’s some good news here, we promise.

Related: State employee in Arkansas: “Y’all in Trump’s America now! Gay jokes are back on ya bunch of homos”

First, Kumar’s extreme-right fundraising pitches haven’t proven lucrative. According to disclosures filed with the Federal Election Commission last month, his campaign only has $29,000 cash on hand and $30,000 in debt. From January 1 and March 31, it raised less than $18,000. And most of its money is coming from Kumar himself.

Second, even state party officials are creeped out by him, which says a lot given the current state of the Republican party.

Last fall, Arkansas GOP party chairman Jonelle Fulmer called him a “non-recommended candidate” last fall, adding that the party would not endorse or defend “racist, bigoted, sexist or threatening language by any candidate.”

In response, Kumar called losing the endorsement of his state’s GOP party was a “badge of honor,” adding, “Unlike those corporate-funded clowns, I’m running for Congress to fight for the people of Arkansas not Walmart, not China, and not the D.C. special interests who are giving away the birthrights of heritage Americans.”

Wach Kumar get kicked off the stage at an event last October.