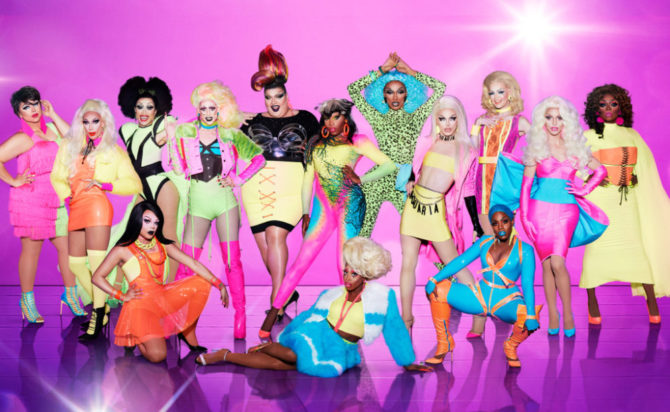 Earlier this morning, Samira Wiley and Ryan Eggold announced the nominees for the 70th Annual Emmy Awards and–guess what?–this year’s list is one of the gayest yet!

A few others include: Tituss Burgess, who received a nod for Unbreakable Kimmy Schmidt, Kate McKinnon for SNL, Wanda Sykes for black-ish, Samira Wiley for The Handmaid’s Tale, and Jayne Lynch, who received nods for her work in The Marvelous Mrs. Maisel and as host of Hollywood Game Night.

Ellen DeGeneres also received a nomination in the Outstanding Host for a Reality or Reality-Competition Program category for Ellen’s Game of Games.

But it was RuPaul’s Drag Race that snagged the most nods, scoring a whopping twelve–10 for Drag Race plus two for Untucked–including being nominated for Outstanding Reality Competition Series for a third year in a row.

“Making RuPaul’s Drag Race is a labor of love,” Charles, who is nominated for outstanding host, tells Entertainment Weekly. “The fact that members of the Television Academy have recognized that passion by nominating us for 12 Emmy’s is a true honor.”

The 70th annual Emmys Awards ceremony will be held on Monday, September 17, on NBC.