In a world brimming with venerable queens, who stands fit to wear the crown?

Nine immensely talented beauties all deserve the 2019 Queerties Award for Drag Royalty, but only one can win.

Voting for Drag Royalty and all Queerties categories is open now through Feb. 22 — what are you waiting for?

These drag superstars need no introduction, but screw it — we’re going to introduce them anyways… 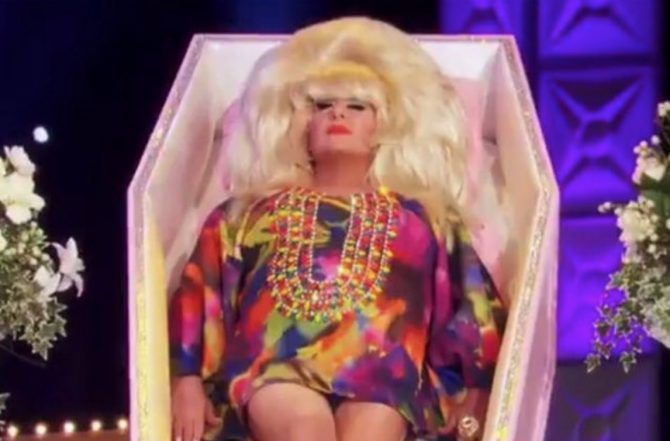 She may have appeared in a coffin on a recent episode of RuPaul’s Drag Race All-Stars, but this hilarious broad ain’t dead yet. Not only has she been making audiences howl for decades, in the 80s Bunny founded Wigstock, an annual NYC dragstravaganza that she revived in 2018 with Neil Patrick Harris. 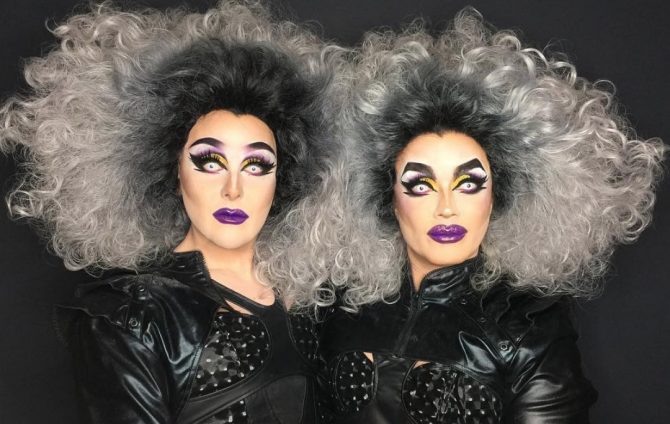 These spooky drag siblings helm that other drag show, Dragula, offering an alternative to the campy gloss of Drag Race. That same edgy sensibility translates into their work in Los Angeles nightlife, where parties like Queen Kong keep drag weird and exciting. 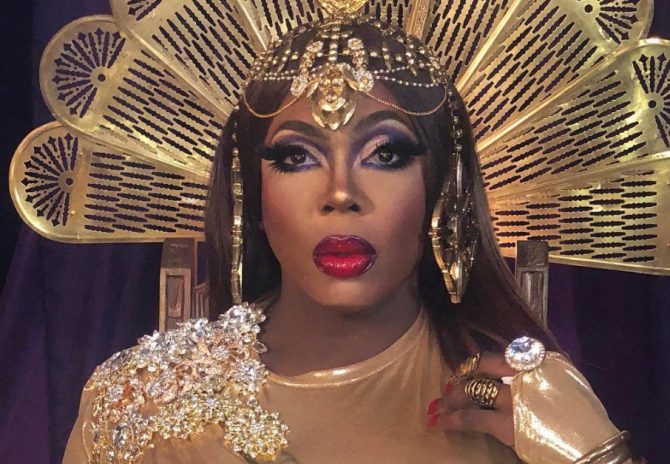 Winner of RuPaul’s Drag Race Season 1, top-four contender on All-Stars Season 3, and the fiercest Jungle Kitty around, Bebe Zahara Benet is here to slay, and slay she has. 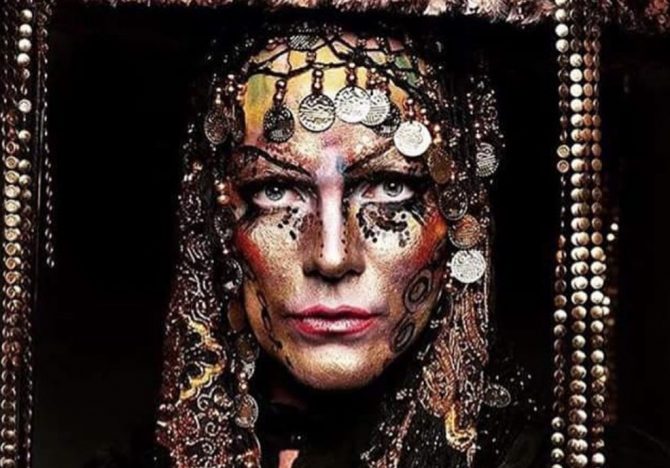 If you ever get the chance to see Taylor Mac perform live, run, don’t walk, to the box office. This MacArthur Genius Grant recipient is in a class all of her own, blending storytelling, music, and history into dazzling theatrical events. In 2019, Nathan Lane and Andrea Martin will star in a new play written by Mac titled “Gary: A Sequel to Titus Andronicus”. 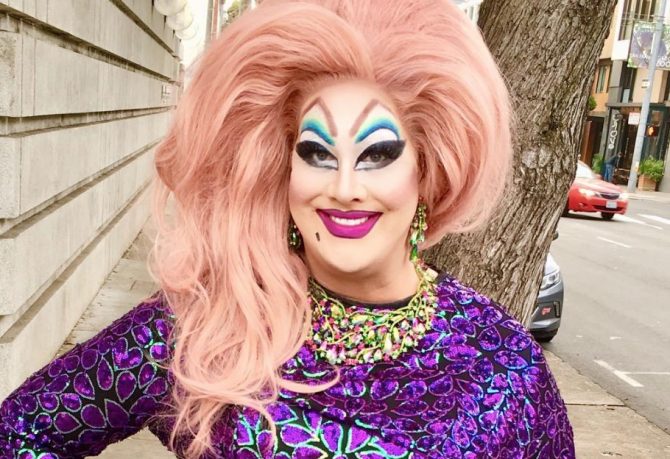 Hailing from San Francisco, Peaches has carved out a niche among drag and film lovers alike. Her Midnight Mass show, which she’s taken all over the world, pairs cinematic camp classics with a preshow homage featuring some of the best drag talent around. 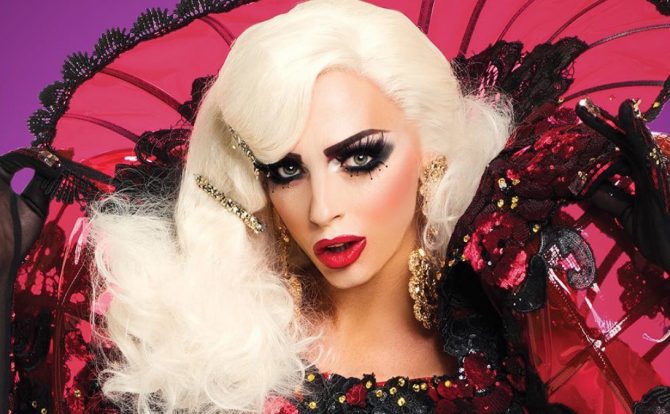 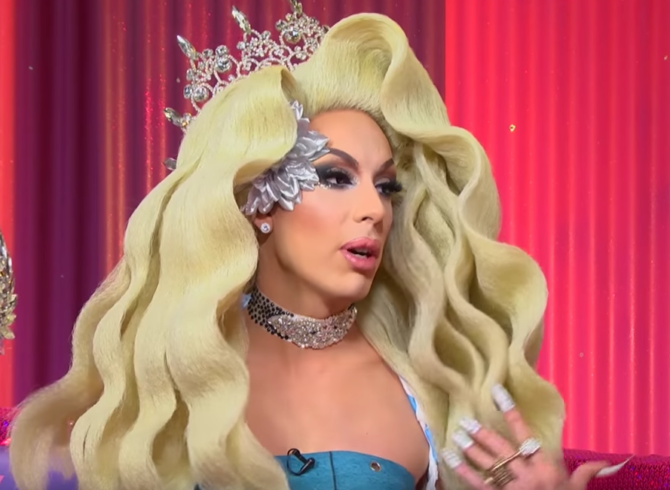 Alaska has been flying her freak flag high since the beginning, and thank goddess for that. The runner-up of Drag Race season five and winner of All-Stars season two has built an impressive career which now includes original music, unforgettable live shows, and a popular podcast she co-hosts with Willam. Her video “Aliens” is nominated in the Indie Music Video category and her podcast “Race Chaser” is nominated in the Podcast category. 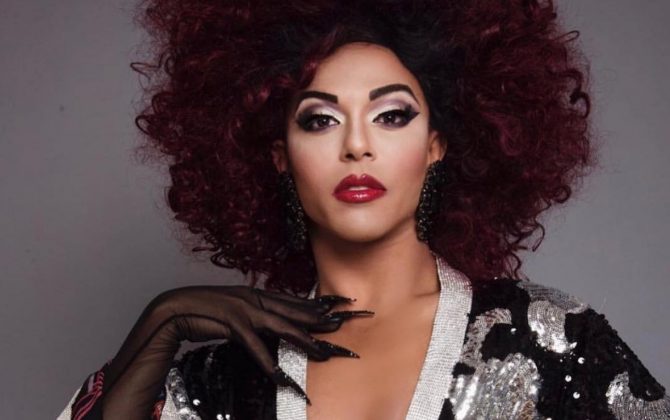 We won’t even get into what happened on All-Stars season three, except to say that Shangela proved she has what it takes to be a drag superstar in her own right. And the world has taken note. She’s prominently featured in the 2018 film A Star Is Born starring Lady Gaga, which also happens to be nominated in the Queerties for Blockbuster. 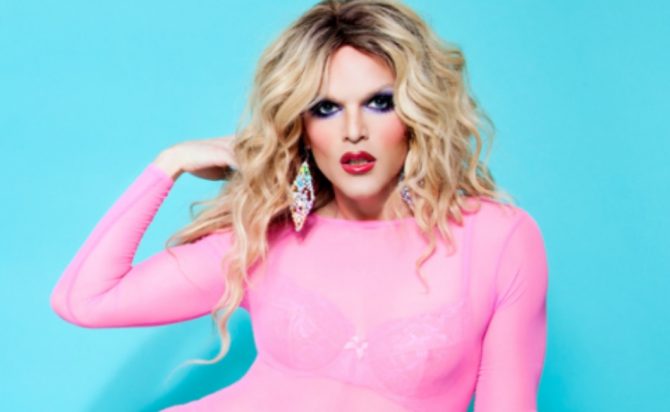 Unafraid to ruffle a few feathers by saying exactly what’s on her mind, Willam is nothing if not fun to watch. With a popular YouTube series, “Beatdown”, podcast with Alaska, “Race Chaser”, and a featured role in 2018’s A Star Is Born, it’s safe to say it was a good year for Willam. We expect more good years to come.

Voting for Drag Royalty and all Queerties categories is open now through Feb. 22 — what are you waiting for?