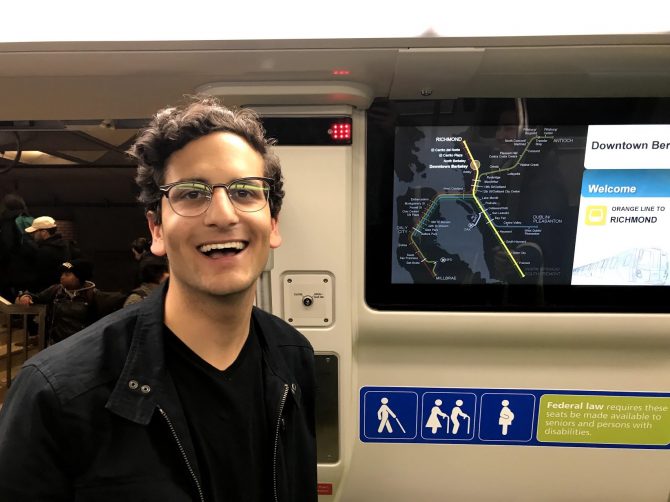 “I just ate a delicious burrito in Dolores park and for a brief moment everything felt okay,” Brousseau said on Twitter. He posted the tweet along with a pictureat 8:17 PM.

Moments later, two men in their twenties got out of a nearby vehicle and fired 50 to 60 shots. Brousseau and another 17-year-old bystander both got caught in the crossfire. The 17-year-old sustained non-life threatening injuries. Paramedics rushed Borousseau to the hospital where he died Monday.

Brousseau, who was a Twitter employee, also co-founded Gay for Transit, an organization aimed at promoting safety and visibility for LGBTQ people on San Francisco public transportation. He also volunteered at the California YMCA Youth and Government program.

I just ate a delicious burrito in Dolores park and for a brief moment everything felt okay pic.twitter.com/bTyWotvXDF

“[Brousseau] donated $50 a month to 10 different organizations,” said Gay for Transit co-founder Janice Li. “This is obviously incredibly shocking and tragic news for someone who was so eager to build community and for someone who has brought so much joy to our lives.”

The city’s BART tweeted sympathies saying, “We at BART will forever miss you, Courtney. Courtney asked us tough questions and demanded accountability while being our biggest supporter. We will never forget the joy you expressed when you finally boarded a Fleet of the Future train. Rest In Peace.”

Police have yet to make any arrests in connection with Brousseau’s killing. The investigation remains ongoing.