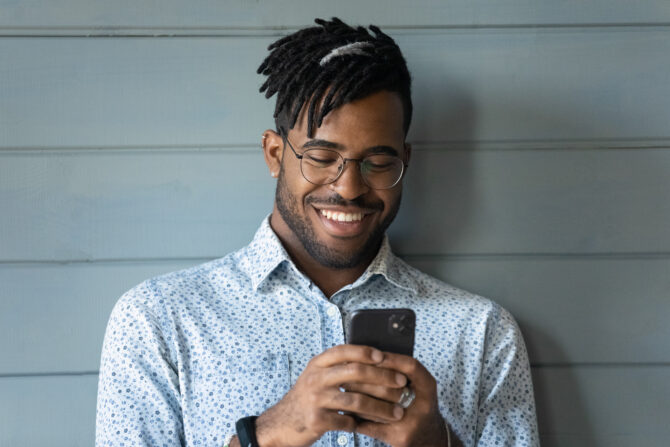 Everyone is on Twitter these days – and we mean everyone. From your grade school math teacher to your little cousin (who you swear is too young to be on there), folks from all backgrounds and places have flocked to the platform for funny Twitter posts.

But the real beauty of funny tweets is that it comes in so many forms. Some people prefer tweeting observational humor, while others post topical memes with witty captions. Either way, these funny Twitter quotes are incredibly easy to digest – kind of like hanging out with a hilarious friend over lunch.

Are you ready to dive into the depths of Twitter for a chuckle? Keep reading for some of the funniest tweets we’ve found from 2022.

RELATED: Laura Dern Is Having A Moment On Twitter Right Now, And We Think We Might Be In Love

Our Favorite Funny Relatable Tweets From 2022

Twitter is a wild and wonderful wasteland of spur-of-the-moment thoughts and snap decisions. Because of this, it can be pretty challenging to find funny tweets among the rubble. Luckily, we’ve scoured the internet for the best real Twitter quotes guaranteed to make you laugh. Here are some of our faves.

Everybody knows that confrontation is scary – even when you’re just telling a trusted friend that what they did “wasn’t cool.” So take a deep breath, have your council of BFFs back you up, and be brave.

We all remember G-Force, the movie about super-smart guinea pigs saving the world, right? Wrong. This guy outs himself in all the wrong ways, but this results in one of the best funny tweets this week.

Why are all podcasts “two best friends” I want a podcast that’s Two sworn enemies. Just two bitches that absolutely hate each other

Podcasts can be formulaic, and it’s time to shake them up. Twitter user @tildawhirl clearly agrees, calling for two sworn enemies to start one together. Now, this is our brand of chaos.

Met an old guy with no bank account. When I asked him why he didn't have one he said "I just never got into that shit"

Just like your grandpa probably doesn’t understand the idea of cryptocurrency, we’ll never understand why this older man doesn’t have a bank account. In this economy?

5. Use Your Imagination; I’m Lazy

Taking incredible photos of yourself is a major production. You have to contend with wardrobe, hair, makeup (if you’re into that), and lighting. But what if you could skip that altogether and everyone would still know you’re hot? Sign us up.

Duolingo watching me do the wordle every day pic.twitter.com/GyGpDZcFkl

The cool thing about Wordle is that you can only play a little bit every day – making it something to look forward to. But you know what else can be done every day? Duolingo. And they can see you ignoring their notifications. Duo is always watching.

Flirting is fun, but some guys just have zero game. So here’s what happens when you let a random Twitter boy slide into your DMs for a game of 20 Questions. He was as subtle as a semi-truck to the face.

Logging on to Twitter for funny celebrity tweets is great and all, but sometimes you just want something a little more relatable, like lamenting your rapidly decaying fruits and veggies. Rest in power, Pink Lady apples.

The people that got to 2022 without catching COVID pic.twitter.com/N4SAxJGrwB

The global pandemic has been raging on for two years now, and jokes can be a great way to cope. Here’s one Twitter user’s take on the pandemic vis a vis The Walking Dead.

ME: can I borrow some cash?

ME: yeah it is, money’s fucken dope, can I borrow some?

Having a full wallet is pretty tight, and this guy agrees. Just lend him some of that dope moolah, and he’ll be on his way.

Spent all morning on the verge of canceling a meeting and they just canceled on me so now I’m furious.

Imagine preparing all morning for a meeting you really don’t want to go to, just for it to be canceled. Kind of a bittersweet feeling, right? This guy agrees.

Why stop at onion rings? I want an onion necklace. We have the technology

The folks at Queerty are onion ring enthusiasts, and we stand by this message. #OnionNecklaces2022

If you played games as a kid, you know the sweet dopamine rush of picking up a coin in Super Mario Bros. Now imagine if that played every time you did something good – you’d be the most productive person on the planet.

17. The Icarus Of Coffee

I don’t know what to do I am so scared I flew too close to the sun I am so sorry pic.twitter.com/ewZasn8Nn5

Sometimes less is just right, but some people like to tempt fate. Don’t be like Eddy Burback. Live moderately.

18. Doja Cat And Her Doja Cats

oh wow those cats look like they work a 9-5 corporate job ?? https://t.co/QKomS7chRY

You know how some pets look like their owners? Unfortunately, that isn’t the case with Doja Cat. Instead, her cats look like two overworked middle-aged men trying to support their growing families.

Texting is already kind of a drag when it’s the only way you communicate. But if you ask us, the 20-minute voice notes were the Tinder Swindler’s real crime. (Just kidding.)

Yo I just realized it’s called HBOMAX cuz it’s HBO and Cinemax combined together. I thought the “max” was just some fly shit like this HBO to the max lmaoooo pic.twitter.com/uTkfSSuM5g

We’ll admit that we also didn’t realize this one. Whoops.

21. She’s Almost Too Right About It

Social media is a blessing and a curse. Why does she have to be so right about dating?

Imagine if you could sit on the couch and browse Twitter for funny tweets all day. That’s probably what a stay-at-home uncle does.

I was so proud when my 12 yr old told me maybe I should use my Twitter account to make the world a better place so I hugged him and looked him dead in the eye and said, "that's not my brand Andrew, now go back to playing fortnite."

Childlike idealism is the bomb, but not at the cost of your social media branding. Get real, Andrew.

Having anyone come barreling at you is terrifying, but imagine if it was Dr. Phil. He’d shame and pseudo-psychologize you the whole way.

25. Florence And The Tambourine

in case florence + the machine comes on shuffle pic.twitter.com/JmuYbvMA2U

Not everyone can be a talented singer with millions of fans worldwide, but we can pretend. Take your shower concerts to the next level and take a tambourine in there with you.

*youth pastor voice* hey, you know who else has a “praise kink”?

We have no words for this one. But it was too good to pass up.

We all need a little laugh now and then. Luckily, there’s lots of comedic gold on Twitter. But who has the time to scroll through thousands and thousands of tweets to find a good chuckle? The answer: we do – and you’re welcome.

RELATED: Cyndi Lauper Is Having A Moment On Twitter Right Now And Everyone Is Crushing Hard