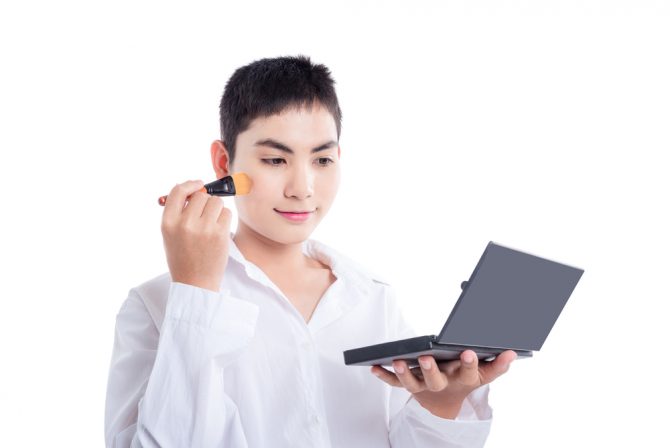 Growing up. We all had to do it. But some of us had to do it while gay. Of course, at the time it was all very awkward and unclear and, at times, even isolating. Luckily, we’ve since grown up into fabulous queer adults and can now look back on our younger years and and see the humor in much of it.

So, without any further ado…

Growing up gay means after a shower you put a towel around your head and tried as many hairstyles as possible. And if you were alone you walked around your home like THAT bitch. pic.twitter.com/5BEXonRxgC

#GrowingUpGay when your teacher asked for volunteers to act out a Shakespeare scene in front of the class. pic.twitter.com/xqbzmGMXlw

#growingupgay means being the friend everyone has to lie about hanging out with to their parents ?

Growing up gay is seeing all your friends have relationships before you do.

growing up seeing queercoded villains in media never made me hate my identity, i just love evil gays now.

Gays became gays because when they were growing up, their finger slipped through the toilet paper.

Growing up gay means you were thoroughly upset when the gym teacher divided the class into boys and girls. pic.twitter.com/492KQFdJlM

Mom: don't tell anyone you think you're gay
Me: …
Mom: …
Me: Oh right… pic.twitter.com/Ro5wQd5DHk

#growingupgay is seeing all these hot boys that are literally snacks yet you know that they’re straight and completely out of your league?

My dad wasn’t the type of man to show his kids Disney films growing up, he thought they lead to ‘soft men’ and encouraged ‘the gay outbreak’

I managed to find a way to push my little gay agenda by insisting of watching Mortal Kombat a lot. pic.twitter.com/kKuKnZvsrg

Gay culture is being mistaken for your mom whenever answering the home phone growing up.

Things I learned growing up: