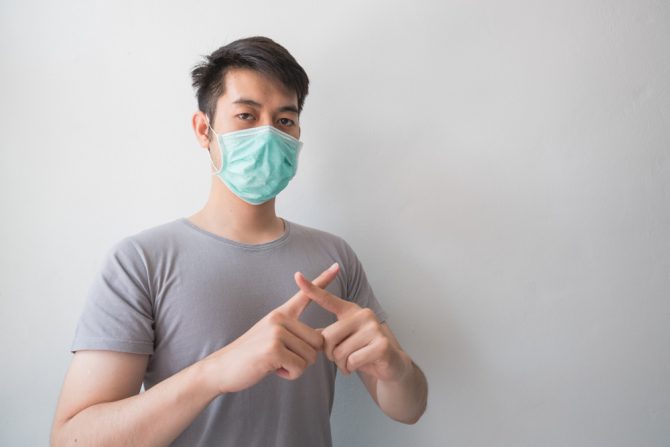 Donald Trump Jr. once again demonstrated his lack of intellectual capacity over the weekend when he derided a Queerty story about not sexually discriminating against HIV-positive people.

“Well I can think of one thing,” Trump tweeted on Saturday in response to an article titled “What you stand to lose by not having sex with people with HIV.”

Sadly, 41-year-old Don Jr.’s stigma-reenforcing ignorance is nothing new, nor is it unique to people of his generation, who came of age during the height of the AIDS epidemic, throughout the 1980s and into the early ’90s. A new study has found that the stigma surrounding HIV is still going strong and that younger adults remain largely uneducated on the matter.

A total of 1,596 individuals between the ages of 18 and 36 participated in the study, which was conducted by the pharmaceutical company Merck between June and August of this year. The purpose of the study was to gauge attitudes and perceptions around HIV among younger adults in the United States.

Despite there being zero risk of HIV transmission through casual contact, researchers found that 28% of HIV-negative millennials surveyed said they still avoided hugging, talking to, or being friends with someone who was HIV-positive, while 30% said they would would prefer not to interact in any way whatsoever with someone who was poz.

“Despite scientific advances and decades of HIV advocacy and education, the findings highlight a disturbing trend: young adults overwhelmingly are not being informed effectively about the basics of HIV,” says Bruce Richman, founding executive director of Prevention Access Campaign and the Undetectable Equals Untransmittable (U=U) campaign.

“These findings are a call to action that the crisis in the United States is far from over. It’s time to elevate a real conversation about HIV and sexual health among America’s young people, and roll out innovative and engaging initiatives to educate and fight HIV stigma.”