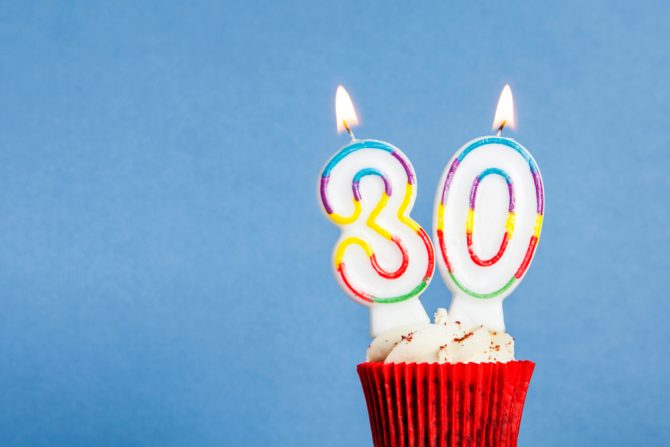 Remember when you were in your 20s and you couldn’t fathom ever being 30, let alone in your 30s?

Then one day you woke up, achy and hungover from the one glass of wine you consumed at dinner the night before, and suddenly realized you were closer to 40 than you were to 20 and, instead of having a panic attack about it, you were like “That’s OK. Who wants to be 20 anyway?”

Now, scroll down for 30 highly relatable tweets about being gay in your 30s…

When everyone on gay twitter is talking about pop stars and you don’t know who any of them are Bc you’re in your 30s but you still wanna say something: pic.twitter.com/boSkjyCro1

#PrideWeekend in your 20s: OMG where are the parties? Let’s go to all of them and dance our a$$es off! ? #Pride in your 30s: honey, can we just order some Chinese food and watch Queer Eye? ?

I’m a single gay men in my 30s with no friends and a cat that hates me. I think I’m succeeding at life?

Apparently being gay in my late 30s is exactly like being Julianne Moore in her late 50s. #GloriaBell pic.twitter.com/iTLzCzj2mz

Gay culture is congratulating yourself on the amount of over 30s you swipe right on Chappy, even though you are yourself 35.

The Valentine’s Day of a 30-year-old single gay man. pic.twitter.com/Kqo7G2lh1f

Gays according to age:

I don’t make the rules, I just follow them.

When a 30 year old gay man calls himself a twink pic.twitter.com/zFDLaUY0Wb

Sat, alone, in my house drinking a glass of wine, eating popcorn and watching The Golden Girls. When did I turn into a 30 something gay New York man who is very much a Charlotte yet is still trying to prove he’s a Samantha.

Gays talking to their straight friends in their 30s pic.twitter.com/452Zy1YVoe

There is no purer love than that of a 30-something gay for a female popstar who sang the soundtrack to their formative years. Undying, eternal and beyond reason. pic.twitter.com/PPsNlWfMGD

For as much as the gay male community fetishizes youth, I gotta say: dating and sex is SO much better in your thirties.

Spent my Sunday morning crocheting and listening to @HelloRossPod because I’m a gay adult man in his 30s. Can @helloross just drink rosè and gossip with me?

The cruelest irony of my gay life is meeting great bf material guys when I first came out as a 20 something and taking it for granted. Only to be a 30 something and now realizing how good my options were and how terrible they are now ?????

Me anytime I meet another gay man in his 30s or 40s telling me how he's resisted the pressure of the expectation of getting married.. pic.twitter.com/U0gDewMuHm

All of you beautiful young gay men to pick from and Tom Daley goes for someone in his late-thirties. There's a life lesson for you, boys.

Ya’ll 30 something gays love calling yourselves “young”. ?you aren’t old but come on. pic.twitter.com/rkiq4mFrSW

? Chinese food
? Retin A
? moisturizer
? put on eyeglasses
? poured myself a drink
? made myself an ice pack
? turned on RPDR on DVR
? husband (@catdaddymd) next to me
? cats nearby

The Friday night gay agenda in my 30s. pic.twitter.com/C2rfGY6vh4

Im watching Book Club with Candice Bergen and Diane Keaton and it is about middle aged women lamenting over their sexual youth. So.. basically my circle of 30 something gay friends.

me telling a young gay what dating in your 30s is like pic.twitter.com/YE5NzFd8LZ

I realize now why I seemed tedious and annoying to 30 something gays when I was a youngin because all the problems y’all talk about we still haven’t figured out and that fact alone is deeply depressing.

As a creative, gay man now in his early thirties, I’m starting to make peace with never having a six pack for Instagram, a fashionable wardrobe or indeed, ever appearing particularly cool. But I’ve got a head full of memories, a body frayed from living & a heart made for love.

Being gay and in your 30s is wild.