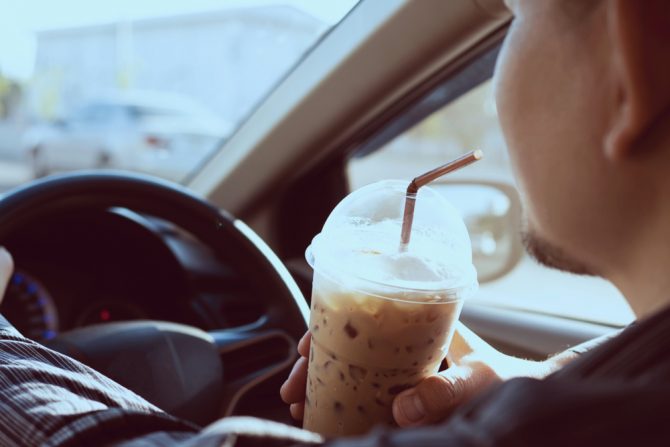 There is a longstanding stereotype that LGBTQ people can’t drive. Or rather, they can drive, just not very well.

Some believe it may have to do with the fact that so many gay people migrate from small towns to big cities, where having a car isn’t as necessary, so they never properly develop good driving habits.

Others say it’s because they’re psychologically programmed to always be trying to outrun bullies.

Last year, Mathew Rodriguez at Into published an article about self-driving cars being a major win for gay rights.

“Gays not being able to operate a motor vehicle may be a problem of the past,” Rodriguez wrote, citing a recently-released study in the Annals of Tourism Research that found self-driving cars would soon be taking over the roadways. “I’m talking, of course, about driverless cars.”

Gays making sure to blast their favorite pop star in their car instead of actually displaying good driving skills pic.twitter.com/v1Jfb3zIvc

gays on their way to get iced coffee…jk we can't drive pic.twitter.com/2SbdI0IKRp

The idea that gays can't drive is a myth made up by city gays, cause rural and suburban lesbians be driving across the country for a first date

gays realizing that they can’t drive after running over 45 curbs pic.twitter.com/TjLX3gTOJ5

What they can't do is park. Gays can't park.

I figured out why gays can’t drive pic.twitter.com/EDIALaXYuE

Shout out to the adorable gay couple driving behind me for trying to hide the fact that one of them is giving road head right now LOL. Even though it’s super obvious, goals tbh.

when you say gays can’t drive you erase me, a swamp gay with a boating license

I hate that all the jokes gays make about ourselves are that we’re so fucking useless. like gays can’t drive? gays can’t do math? speak for yourself ms. negativity!!! i can drive!!! i’m great at math!!!! the only thing i can’t do is love or be loved by others

some religious kid heard me saying that gays can’t do math, drive, or cook, and they just said “That’s God’s punishments”. i have fucking whiplash.

me whenever i get into a car with a gay driving pic.twitter.com/rP4iReEs9o

passed my driving test so I guess gays can drive. Just not very well

Gays during our driving test ?? pic.twitter.com/VaDUQlizIL

Gays walk fast because they have to make up time for driving slow.

when u wanna go somewhere and realize the only reason you can’t is because you’re gay and can’t drive pic.twitter.com/7ytgVMQ3eS

Increasing train fares is homophobic, everyone knows that most gays can't drive.

you're not gay unless you've experienced or are one if these things:
– long distance relationships
– ice coffee WHORE
– doesn't have supportive parents/family
– pothead, alcoholic, athlete, artsy, or a combination of these
– can't drive for SHIT
– either really good/bad at math