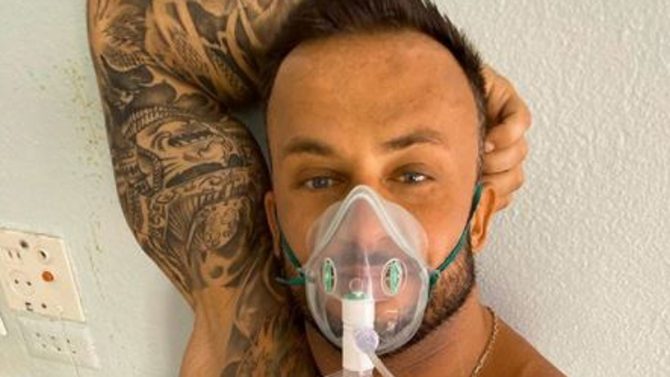 Dimitriy Stuzhuk, a popular fitness Instagrammer with over one million followers, has died of COVID-19 following months of denying the virus’ very existence.

The 33-year-old appeared to be the very definition of physical health before he announced he’d contracted the virus while traveling in Turkey.

His symptoms included a cough, body aches, and swelling in his neck. Stuzhuk returned home to Ukraine where doctors told him he’d contracted the novel coronavirus.

When he was discharged from the hospital after eight days of treatment, he told his followers, “I was one who thought that Covid does not exist…until I got sick.”

“COVID IS NOT A SHORT-LIVED DISEASE! And it is heavy,” he added, reports Sky News.

Stuzhuk also detailed the subpar conditions of the hospital he was treated in, promising to share future thoughts about the state of healthcare in Ukraine.

That post never arrived, however, as he was rushed back to the hospital after experiencing cardiovascular complications due to COVID.

His ex-wife, Sofia, announced his death not long after, writing, “Only warm memories remain, three beautiful kids and valuable experience.”

Ukraine has reported 316K cases of the virus, and nearly 6K deaths.