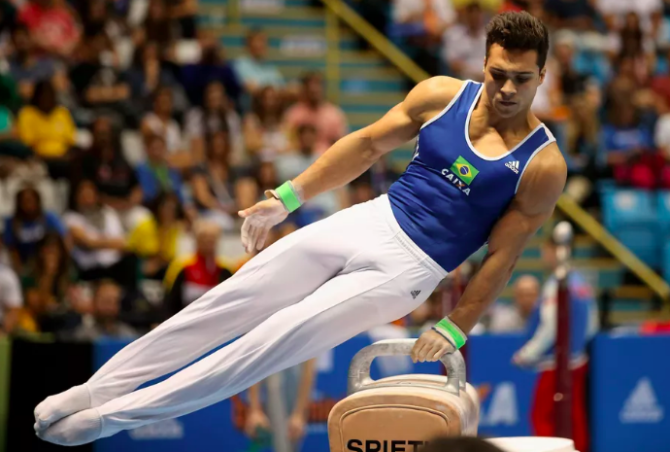 Dozens of male gymnasts from Brazil have come forward to accuse their former coach of sexually misconduct.

Many of the men were teenagers at the time.

“I was woken up more than once by his hand down my pants,” 26-year-old national team gymnast Petrix Barbosa tells the Globo TV show “Fantastico” in a shocking interview aired earlier this week.

Barbosa now lives in the Miami and won a gold medal at the 2011 Pan-American Games.

Lopes was removed as national team coach and put on administrative leave prior to the 2016 Rio Olympics after a complaint was lodged against them. He insists he never sexually assaulted anyone and says he has “a clear conscience.”

Clube MESC in Sao Paulo, where Lopes worked as a coach, says it fired Lopes after the story broke.

Sao Paulo have confirmed they are investigating the matter but would not provide any more details because the case is under judicial seal.

Many have noted that the allegations are strikingly similar to those lodged against former US gymnastics doctor Larry Nassar, who admitted to sexually abusing some of the country’s top gymnasts, including while he worked at USA Gymnastics and Michigan State University.