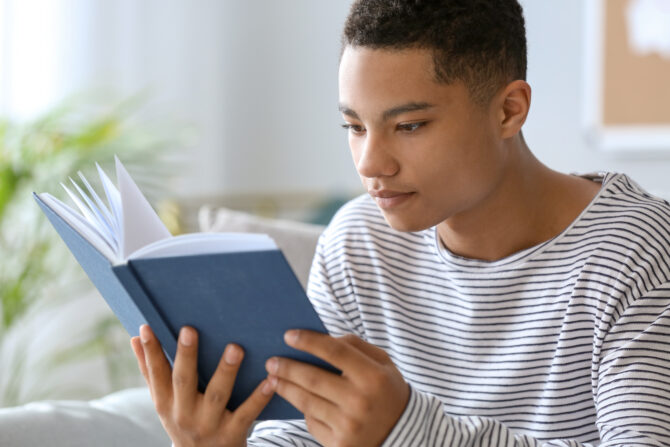 While Florida recently passed a “Don’t Say Gay” law banning LGBTQ issues in the classroom, at least 15 other states are considering similar laws. Even worse, bans on LGBTQ books are “escalating dramatically” across the nation as conservative school officials and so-called parents’ rights groups pull them from classrooms and school libraries.

Five of the most commonly challenged books feature LGBTQ content. Here’s what’s in them and what their authors have said about being targeted for censorship.

Kobabe’s deeply honest graphic novel covers their experience of discovering and accepting that they are both non-binary and asexual. However, the book also doubles as an instructive guide for those exploring their identities. In it, Kobabe discusses their journey toward a less-gendered world where they felt freer from social gender expectations and more confident about expressing their gender identity.

“By high school, I had met multiple out gay, lesbian and bisexual people, but I didn’t meet an out trans or nonbinary person until I was in grad school,” Kobabe wrote in The Washington Post. “The only place I had access to information and stories about transgender people was in media — mainly, in books.”

In his “memoir-manifesto”, Johnson writes personal essays about his experiences growing up Black and queer in the south. These experiences include getting his teeth kicked out by bullies at age five, going to the flea market with his grandmother and his first sexual relationship. But while the book gets into topics of sex, abuse, consent, racism and queerphobia, it also shows a Black family supportive of their queer child (something we rarely see depicted or discussed in media), and it ultimately encourages readers to shed society’s toxic masculinity and embrace themselves fully.

Calling Generation Z the most non-white and queer generation of all time, Johnson told Lambda Legal, “This newer generation is being indoctrinated with real stories and real experiences. So much, so that nonwhite kids fully understand the world’s misery, racism, and queerphobia. Even white kids growing up in conservative homes, but go to schools where they’re reading these texts, are starting to develop a different mindset than their parents.”

Mike Muñoz is a poor, Mexican, 22-year-old high school grad who supports his disabled brother and family by working as a landscaper in Washington state. When he quits a terrible job in a dramatic fashion, he’s forced to confront what he really wants out of life. He then goes through a series of questionable mentors and decisions while also coming to terms with his gayness.

Evison has said that he wrote the book for an adult audience. Indeed, his narrator speaks frankly about a formative sexual experience he had with another boy during their youth. Evison said that he began receiving death threats and being called a pedophile after a mother posted a TikTok video, upset about her fourth-grader getting a hold of his book — the child mistook it with an identically titled book by Gary Paulson.

“I am quite confident that not a single person threatening me, or lobbying to ban my book even read a single passage of Lawn Boy beyond those few isolated passages read on the TikTok video,” Evison wrote in a blog post. “That’s all it took to mobilize their blind hatred and zealous call-to-arms to ban my book. They. Didn’t. Even. Read. It. That’s what we’re still up against today. A streak of anti-intellectualism that runs so deep in America that people feel they no longer need to inform themselves before they make the decision to ban a book, or seek to destroy the reputation of a father of three.”

“Beyond Magenta: Transgender Teens Speak Out” by Susan Kuklin

Kulin interviewed six people — two trans feminine people, two trans masculine people, and two nonbinary people — about their experiences coming to terms with their gender identities. Half of the interviewees are people of color and all six come from different socioeconomic and familial backgrounds. She illustrates her re-telling of their stories with portraits, family photographs, and candid images that show the emotional and physical journey that each person went through.

“This is dangerous knowledge,” Kuklin told CBS News of their book. “It’s scary to people because they don’t understand it. Once you get to understand it, it’s no longer frightening. But there’s that period before it happens, where there’s so much pushback and so much fear. And I think that’s what happened with my book.”

“This Book Is Gay” by Juno Dawson

Dawson’s book primarily serves as an explainer for gay/lesbian cisgender people and their allies, offering a starting place for questions about sex, culture and politics. While the book doesn’t delve very deeply into bisexuality, asexuality, transgender, nonbinary, women’s issues and other complexities, it ultimately encourages readers to focus on being true to themselves and not sticking too closely to any labels that feel wrong.

“I see myself as a storyteller. I think it’s a universal language we all speak, and stories have the power to unite us as a race,” Dawson told PEN America. “It’s unthinkable that Anne Frank’s diary was once a banned text. The sheer concept of challenging or banning books is so ludicrous I can’t really engage with that.”

Subscribe to Queerty for a daily dose of #life #allboysaren'tblue #beyondmagenta:transgenderteensspeakout stories and more