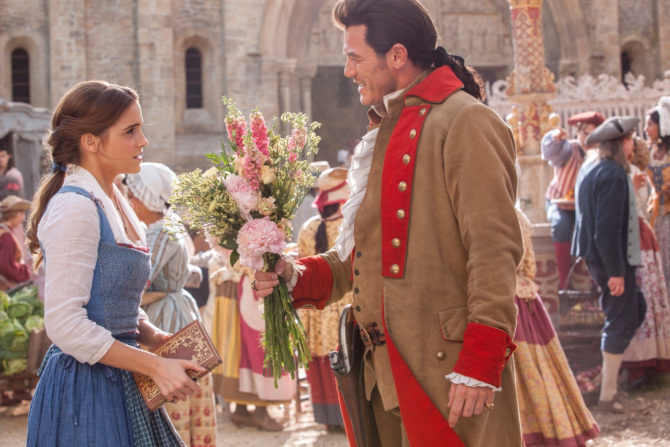 Disney’s live-action adaptation of Beauty and the Beast hits movie screens everywhere March 17, and has once again raised the question: why do we, as viewers, choose the beast over male perfection? For that matter, why does Belle fall in love with the Beast, and not her hunky suitor? Gaston may make the ladies swoon, but we here at Queerty know better.

The Beast manages to win our hearts, and not just because he gets the best songs… 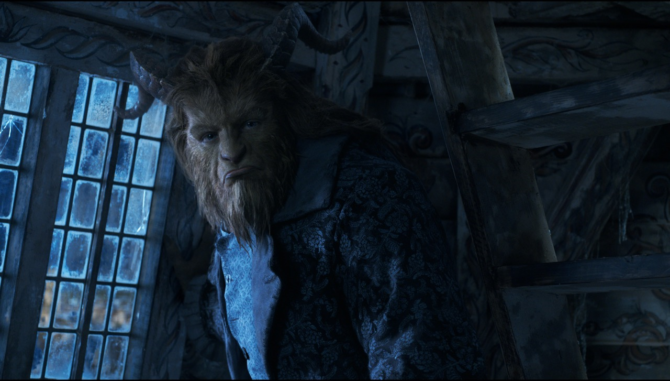 Loyalty goes a long way in a relationship, especially a romantic one. The Beast shows remarkable loyalty to Belle in the film, doting over her, caring for her and her father, and even risking his life to protect her. That kind of devotion is rare, as anyone who’s ever tried dating—gay or straight—knows. Gaston, by contrast, seems more preoccupied with finding some arm candy rather than love. The loyalty the Beast shows Belle in the face of danger makes him irresistible, and proves his strength of character.

Yes, Gaston has that lovely, jet-black man bun, which makes him something of a hipster-trendy type. On the other hand, the Beast has enough hair to rock several pony tails and man buns all at once. While his reclusive life occasionally prompts him to let his hair get a bit matted, the Beast does have good enough manners to clean himself up for company—always a great trait in a man.

The Beast has a nasty temper—or so it may seem at first glance. Yes, he likes to roar and smash up the furniture, and yes, he growls quite a bit. The Beast also has some legitimate reasons for his grouchy mood. He had a spoiled upbringing, and to top it off, a witch turned him into a Beast, which is enough to ruin anyone’s day. What could seem like rage is actually passion. He may seem monstrous, but the Beast’s volatile temper comes from a sense of romantic depth. He’s a sensitive man, protective of his own feelings, and of the people he loves. That passionate, protective spirit, as opposed to Gaston’s shallowness, makes the Beast more than lovable. He’s worth loving, and he’ll never stop loving you.

His animalistic form might give him a bit of an unfair advantage here, but the Beast has a leg up nonetheless. Along with the hooves, claws and horns, the Beast gets to sport a lean, fit and sinewy body without needing to maintain it. Gaston prides himself on an athletic figure too, though he needs to maintain it through constant exercise, a strict diet and a whole lot of self-absorption. 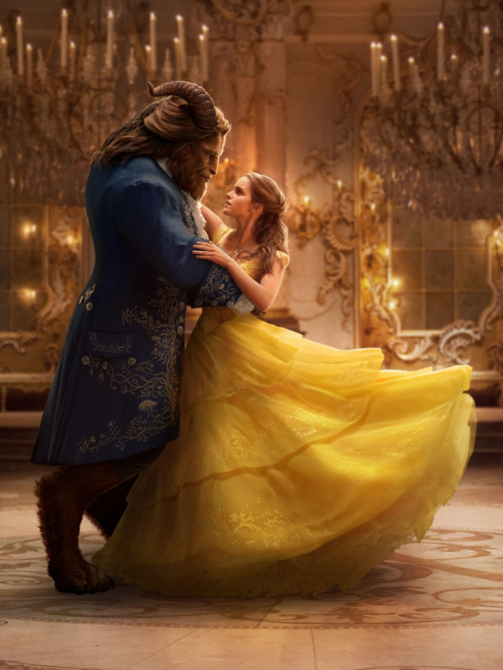 Gaston spends a lot of time hunting, working out, and looking at himself in the mirror. Those hardly qualify as great dating activities, or as anything worth discussing in depth. The Beast, on the other hand, enjoys music. He ballroom dances. He observes good manners, and he’s well-read with a towering library to boot. Gaston may look pretty, but he runs out of things to talk about real quick. The Beast has perspective, opinion, and knows enough to hold a conversation. In short, he’s far more interesting than his human rival.

Who would have ever thought that a strange manimal could have such great taste in fashion? Like his grooming habits, the Beast tends to let himself go when living an isolated life. Heck, who doesn’t like lounging about in some sweat pants or pajamas around the house. Belle’s arrival, however, forces the Beast to make himself a bit more presentable for company. Dressed in his iconic blue suit, the Beast proves that he has rather dapper taste in fashion, and knows how to show off some style on formal occasions. 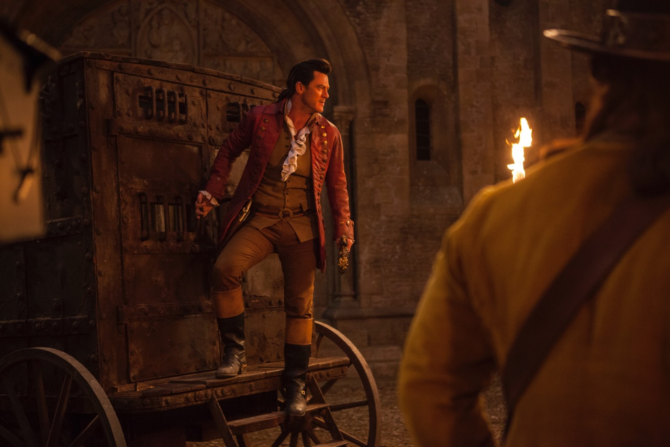 Having lived as an outsider with only his staff to keep him company, the Beast has developed his own share of defense mechanisms to mask his pain and loneliness. As queer folk, we can identify with that feeling of isolation and acting the outcast. What makes Belle—and indeed, viewers—fall in love with the Beast isn’t his animal looks, but the sweet, gentle soul within that gradually presents itself over the course of the film. His complexity far outshines his competition, who has all the layers of a wax figure. 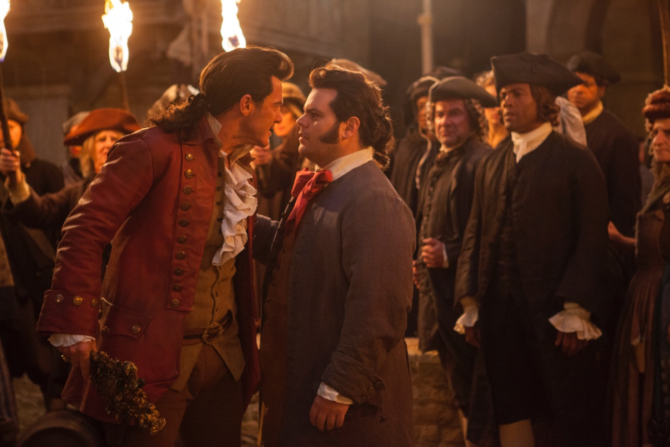 Ok, someone needs to say it: though he might look pretty (and as played by Luke Evans, let’s face it, he does), Gaston is a real jerk. He doesn’t really have many friends, so much as fans and indeed, his one true cohort—LeFou—has a grating and shallow personality. Gaston only has an interest in Belle for her physical traits, not for her sharp mind or compassion. Moreover, Gaston has a cruel streak, trying to embarrass Maurice, Belle’s dad, and kill the Beast to win Belle’s love. In what universe is that romantic? Better to go back to the castle and enjoy dinner and dancing with the Beast. 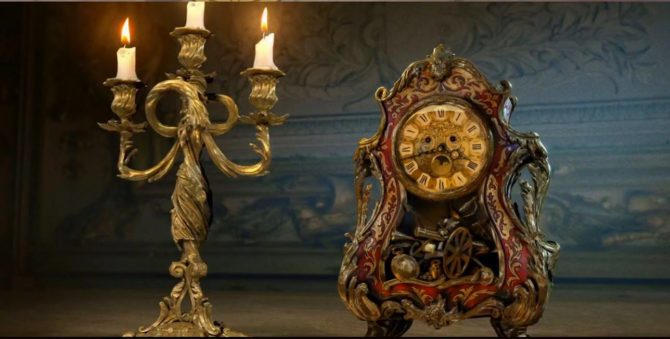 Maybe it’s materialistic, but we just love the Beast’s gothic castle and all its trappings. After all, how many men get to boast a library, a ball room, a formal dining room, a garden and a dungeon in their home? The polished marble, fancy hardwood fixtures and gilded trim make for luxurious, comfortable living, along with plenty of space for hosting guests at parties. Cleaning the place would, no doubt, take forever. How lucky, then that the Beast keeps a cleaning crew on site. Which brings us to…

Lumiere, Cogsworth, Mrs. Potts…what staff could match the charm and compassion of the Beast’s helpers? Ok, so an unfortunate spell makes them appear as objects around the house. Don’t hold that against them; it’s not their fault. Their thoughtful and compassionate personalities make them a delight to be around, and, as Lumiere notes, they “only aim to serve.” Who does Gaston have following him around? That twit LeFou?

Disney’s Beauty and the Beast is in theatres March 17 in 3D. Get tickets now!

6 Reasons why we love ‘Beauty and the Beast’

Presented by Beauty and The Beast
SPONSORED