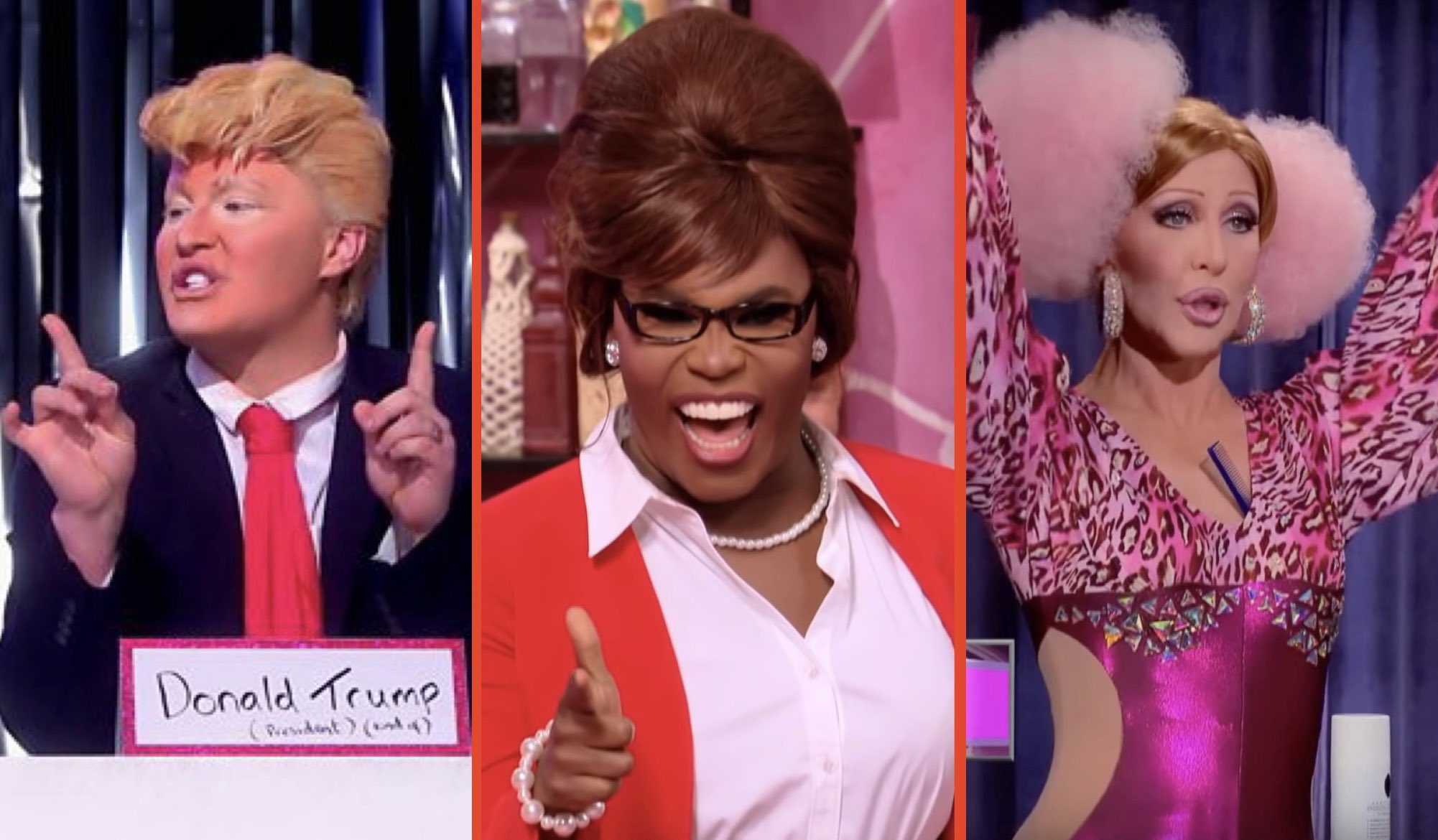 As they say on TikTok, “Boy, we had a time last night.”

After a night of refreshing but also stressful midterm elections results and navigating the emotional rollercoaster of so many victories and losses, we all need to take a step back for a moment.

Rupaul’s Drag Race is always good for a little levity. As seriously as queens take the political process and the fight for equal rights, they can also turn the inherent camp of political pageantry on its head.

“Frock the Vote” from season 4

This first Drag Race debate challenge was so chaotic and fun, they couldn’t help but bring it back a few more times throughout the franchise. The ever-composed Chad Michaels popped in pink afro puffs as “Lady Pimp Michaels” and offered to give the White House an up-do, securing the votes of gays everywhere. Meanwhile, Latrice Royale’s shady “I looked across at Ms. O’Hara and I realized that she was ugly — and I’m at peace with that” line became an instant classic.

Bob the Drag Queen is highly political in real life. She established the Black Queer Town Hall with Peppermint, educates folks all over the country on We’re Here, and even showed pictures on season 8 of herself being arrested in drag for protesting for marriage equality. In the “Shady Politics” challenge, all that seriousness went out the window as she ran on a platform of “BJs” for all Americans (by which she means better jobs, of course). It’s not our job to judge Westworld parody “Breastworld” as a challenge, but take the fact that it’s not on YouTube anymore as some indication. That said, the whole scene changed when Asia O’Hara barged in as thinly-veiled Sarah Palin caricature “Parah Salin” and started chewing up the scenery. Her “You betcha!” continues to be everything.

The Vivienne as Donald Trump from Drag Race UK season 1

The Vivienne had the inaugural season of Drag Race UK in the palm of her hand from episode one, but if anything cemented her win, it was her Donald Trump Snatch Game performance. Michelle Visage called it the best impersonation in the history of the show, and for good reason. She somehow took the p*ssy grabbing, China-dragging, “no collusion” Godzilla who continues to attack this country and turned him into harmless comedy gold.

In another crown-snatching performance, Jaida Essence Hall demonstrated how politicians give their constituents the run-around in the silliest possible way. While some candidates take to the lectern to distract folks with empty promises, Ms. Hall distracted moderators Jeff Goldblum and Rachel Bloom with a simple “…Look over there!” Heidi N Closet and Widow Von’Du also give hilarious performances, which should make up for the Sh*rry Pie jumpscare herein.

EXCLUSIVE: On ‘The Walk In’ with Mo Heart, Tove Lo shares the story behind iconic ‘Drag Race’ look