Whether you missed last night’s 61st annual Grammy Awards or just want to re-live its queerest bits, here are five moments that caught our attention. 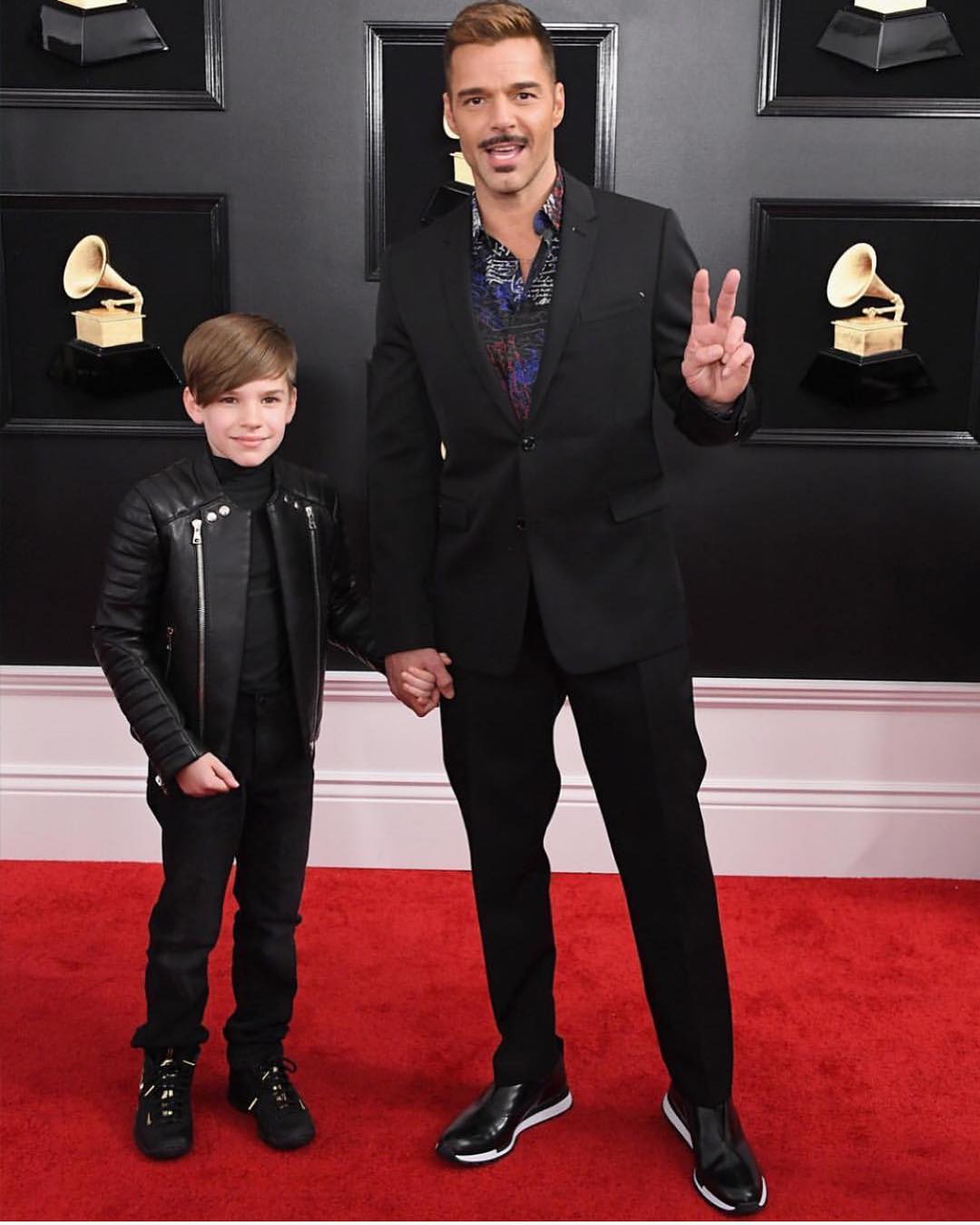 The openly gay Latin pop musician arrived with his 10-year-old twin son Matteo, both of them rocking true style. Matteo’s leather jacket looked great, but Martin’s dad-stache made us weak in the knees.

Shortly before performing the song onstage, the country singer-songwriter released a music video for “Rainbow” which included a depiction of a queer kid coming out to his parents. (The song itself isn’t explicitly queer, but does suggest hope during stormy times.)

3. Janelle Monáe left us breathless with a “sexual bender” of a performance. 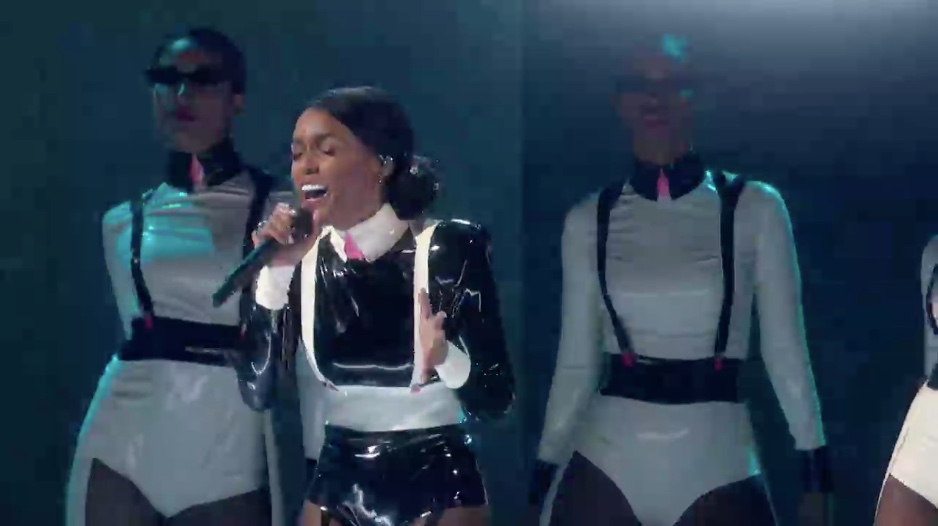 While the pansexual singer-songwriter didn’t win for Best Album or Music Video nominations, she did rock a very queer performance of her Dirty Computer song “Make Me Feel.” It included lycra-clad robotic backup dancers, butch women in pink suits, women in vagina-leggings  and Monáe repeatedly fondling her crotch—oh yes!

Previous to the show, Monáe dedicated her nominations to her trans brothers and sisters.

4. Lady Gaga sang the male and female parts to “Shallow” before dedicating a win to mental health. 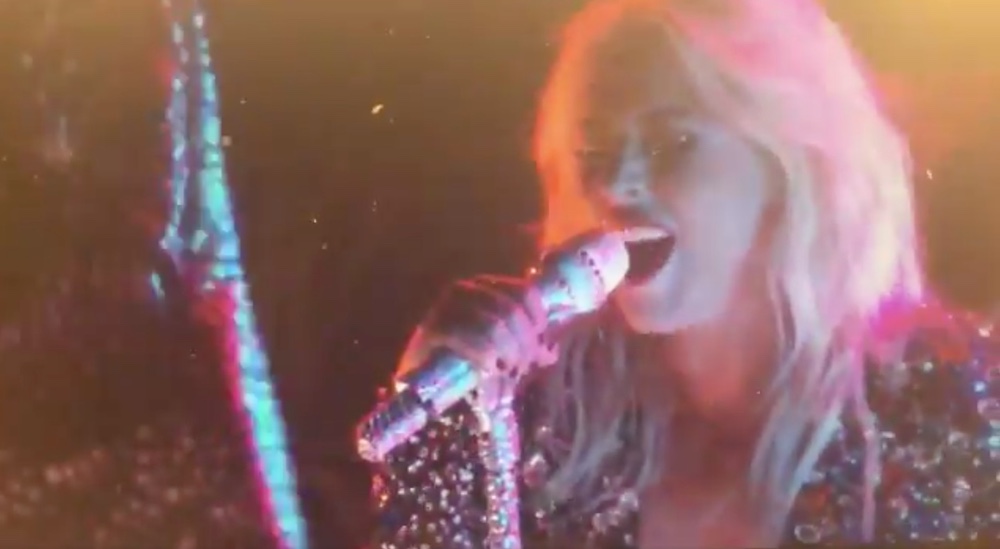 The bi pop-diva won three awards last night and also performed “Shallow,” a male/female duet that she sang in A Star Is Born with co-star Bradley Cooper. The song is a love ballad. Then, while accepting her award for Best Pop Duo/Group Performance for “Shallow,” Gaga said she was proud to be in a film that deals with mental illness.

She said, “If you see somebody that’s hurting, don’t look away. And if you’re hurting, even though it might be hard, try to find that bravery within yourself to dive deep and go tell somebody and take them up in your head with you.” 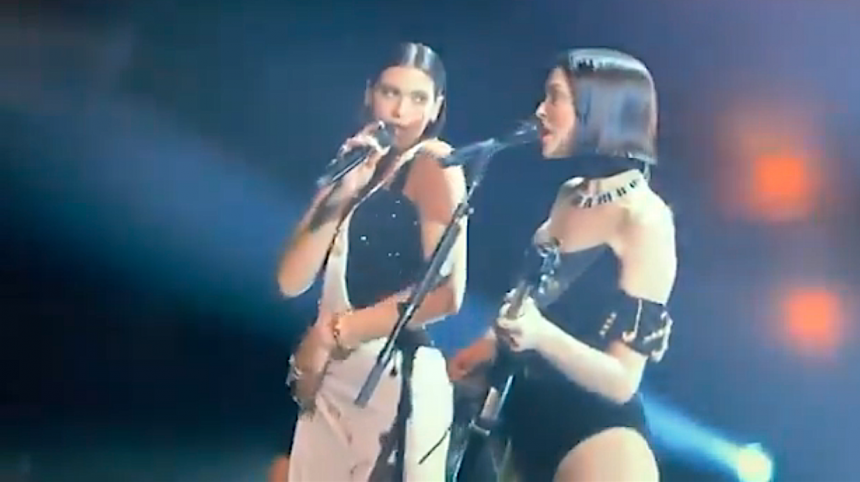 I’m Billboard Top 40 recording artist Ricky Rebel live at the #grammys and I’m a reflection of the 60 million+ Americans that voted for @realdonaldtrump. Be #TheNewAlpha Don’t let anyone keep you in the closet. #kagjacket by @officialandresoriano #MAGA #KAG

His tacky garb was only beaten out by Trump-supporting singer-songwriter Joy Villa’s barbed-wire topped Lady Liberty brick gown with “Build That Wall” written in red on the skirt. She is a supporter of Gays for Trump. Ugh. Gross.

Trans musician SOPHIE was also misgendered on the red carpet by an interviewer.