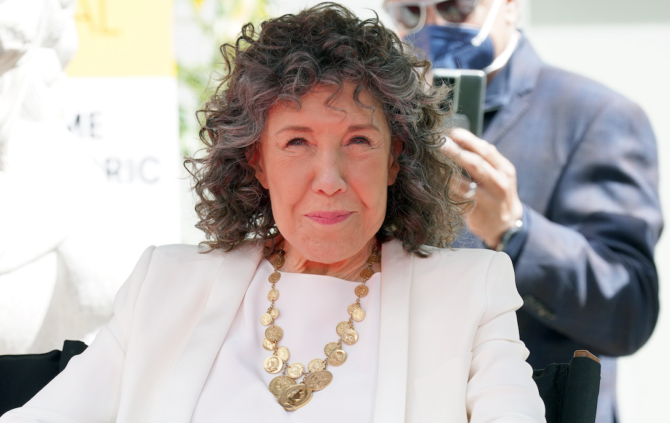 Whether she’s getting even with her horrible boss in 9 to 5, wowing a Broadway audience by playing a dozen characters in one night, or smuggling osteoporosis medication across the Mexican border on Grace and Frankie, there’s one glaring through-line connecting Lily Tomlin’s 6+ decade career: Nobody can do it like her.

The singular performer and writer has delivered her particular, quirky brand of genius in too many projects to count, and her ability to embody the “lovable misfit” has earned her the adoration of queer audiences of all ages.

With her iconic, seven-season run as “Frankie” alongside Jane Fonda’s “Grace” wrapped up as of earlier this year, there’s no better time to revisit these five reasons we will forever love the one and only Lily Tomlin. 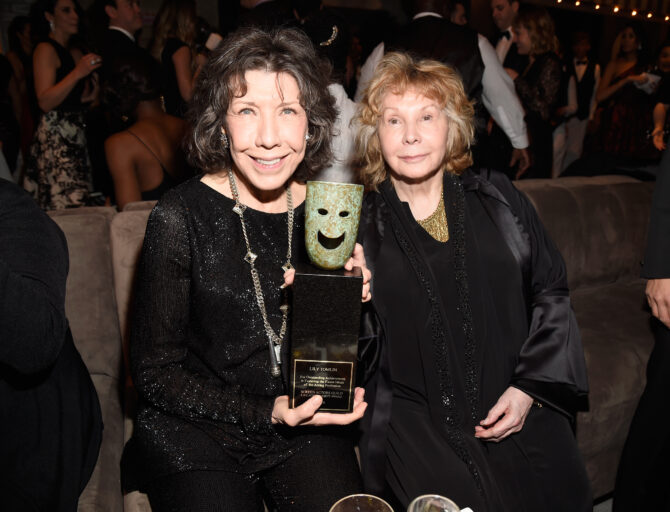 1. Her creative and romantic partnership with Jane Wagner is one of the great gifts to comedy, and one hell of a love story

Few Hollywood couples can say they’ve been together for half a century — Tomlin and Wagner may be the only one that’s also responsible for shaping a specific brand of social commentary through comedy. No big deal! The couple collaborated on Tomlin’s lauded one-woman shows, Appearing Nitely, The Search for Signs of Intelligent Live in the Universe and Not Playing with a Full Deck. The characters they created examined the spectrum of the American experience, and Tomlin’s monologues were unafraid to explore topics of race, addiction and class. They were also wildly entertaining. “[Jane] expresses how I feel, which I have no ability to do,” Tomlin said in 2020. “She can express in words what I feel about the world, about humans, about the struggle that we’re in — and, presumably, not the inevitability of it all, something that I know speaks to other people.”

2. Her lifelong support of the L.A. LGBT center

They say activism starts at home, and Tomlin has been actively advocating for the L.A. LGBT center ever since she pitched in to fix a leaky roof in the ’70s. Yes, that’s really how it started. “She could be involved with any LGBT organization in the country or the world, and she chooses to put her energies with us. That makes me enormously proud,” said the center’s CEO, Lorri L. Jean, just before they celebrated its 50th anniversary in 2019. Tomlin and Wagner have been such passionate donors and fundraisers for the center that its Cultural Arts Center was even named after the couple.

3. That time she stood up to misogyny and walked off The Dick Cavett Show

Lily Tomlin’s career is abundant with highlights, but here’s an item from the footnotes of Hollywood you probably don’t know as well as 9 to 5. The year was 1972 and Tomlin, about a year into her relationship with Wagner but over two decades away from coming out publicly as gay, made an appearance on The Dick Cavett Show. When fellow guest Chad Everett (star of the then-hit show Medical Center TV) started letting his male chauvinist flag fly, Tomlin refused to finish out the segment. Check it out above around the 6:30 mark — watching it now only makes us bigger Lily Tomlin fans than we even thought possible. 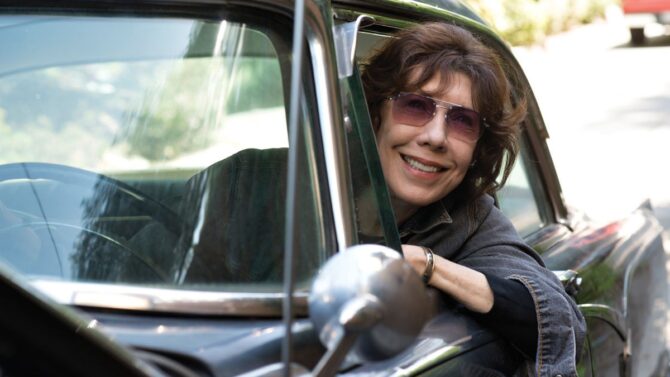 4. Her starring role as a sharp-tongued, lesbian grandma

Though she’s a bon fide lesbian icon, Tomlin has rarely played gay characters on screen. Not only did she play one in the 2015 film Grandma, but she carried the film beautifully — and at 75 years old, no less. Her performance as “Elle Reid,” an eccentric lesbian poet who is still grappling with the loss of her life partner is both poignant and hilarious. The film lets Tomlin showcase everything that makes her so incredible, it’s no wonder the role was written just for her. 5. Literally every moment of screen time she got on Grace and Frankie

We still can’t believe Netflix‘s Grace and Frankie has ended its run, but even the Bonita Bandit needs some time to relax. So we’ll leave you with these reminders of just how perfect Tomlin’s character was:

baring it all
13 comments