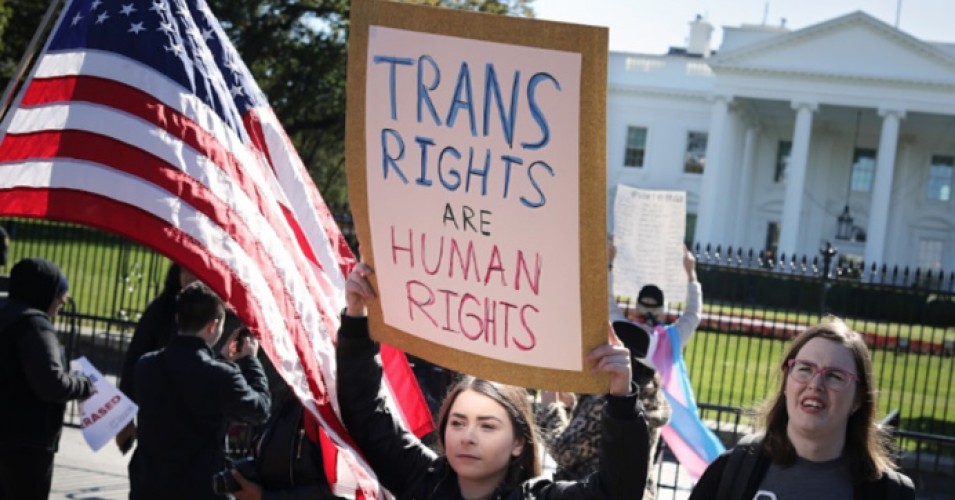 Every 2 years, you hear politicians announce “this election is the most important in our lifetime,” when, in fact, it is not.

This time, however, it may actually be true-even no drama President Obama, in a speech last week, said that this election is the most consequential we’ve had so far, including both of the presidential elections where he personally was on the ballot.

When Trump was a candidate back in 2016, many of his supporters, including a notable gay billionaire, claimed he was “more liberal” on social issues than some of the other Republican candidates, and that he would at least refrain from attacking LGBTQ people like he seemed to be attacking every other minority group (as if we can separate them all).

Then he picked Mike Pence, one of the most virulently anti-gay, anti-trans politicians in America, as his running mate.

We do not have a partisan agenda. Here we have a gay agenda. And if Democrats fail to at least take back the House of Reps on November 6th, there will be repercussions to our community, to our lives, to our equality.

The stakes are so incredibly high, which is exactly why we’re doing a series of articles over the next 5 days, 1 article per day, on the reasons to vote. With any luck, a lot of you have already voted, early. But many will stumble out of bed Nov. 6, looking for the time and a reason to vote–so we are compiling them here.

With that, let’s dive in.

Just 8 months into office, Donald Trump announced that he would try to ban transgender Americans from serving in the armed forces, a move that was rejected by Trump’s own Defense Secretary and military leaders.

Then the administration announced it would try to amend the definition of “gender” in all regulations to exclude gender identity. This change would eliminate all protections for transgender people under Title IX federal law. The effect on trans people could be nothing less than catastrophic. Discrimination would essentially become legal in all areas of law- schools, housing, employment, etc., and would basically put the treatment of trans people at the mercy of individuals and elected leaders where they happen to live.

While it is a legally dubious move, intended more to incite the rancid GOP base than really drive policy, it still represents a threat to transgender people, who are already under legal and even physical attack. According to HRC, there already have been 21 reported murders of trans people in the US, a staggering sum with two months left to go this year. That Trump is stacking the federal courts with anti-LGBTQ activists and a Supreme Court majority, there is increasingly less legal recourse.

How a Democratic majority in the House and/or Senate would respond:

In the aftermath of the news regarding the administration’s plan to erase transgender people from federal regulations, Democratic leaders in both houses of Congress announced that they would take legislative action to protect transgender Americans should the party take back the majority in November. These leaders said they would pass legislation to amend the Civil Rights Act of 1964 to include gender identity in all areas of federal law. If such a bill gets passed–a long shot even with a Dem majority–the political pressure would force Trump and his henchman Pence to at least think twice before vetoing it. That defense position would then signal to the rest of the country that trans cannot simply be erased.

What you can do:

Vote, if you have not already. Volunteer. Donate.

Here are a few pioneering LGBTQ groups doing important legal and political work in this area, with links to contribute:

Here are key candidates who could take the lead on ensuring trans and LGBT equality:

Heidi Heitkamp, U.S. Senator from North Dakota who has spoken out strongly on transgender rights and voted NO on Supreme Court nominee Brett Kavanaugh.