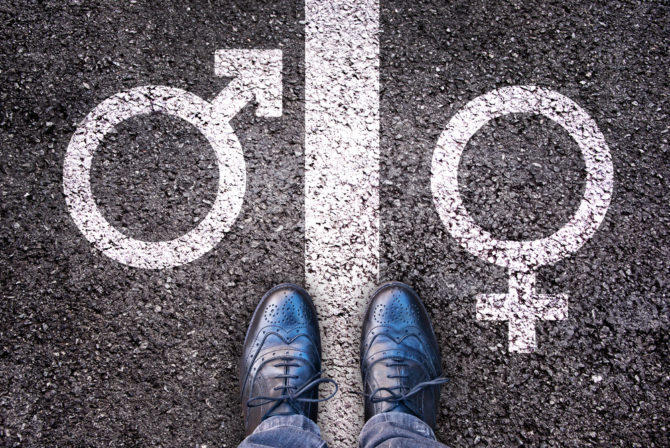 When it comes to the LGBTQ acronym, there’s one group that is routinely left out of the discussion: Bisexuals. For whatever reason, many queer people are still hesitant to embrace their bisexual brethren, despite the fact that we’re all kinda in the same boat.

A 2013 study from the University of Pittsburgh Graduate School of Public Health found that many people, including many gay men and lesbians, still hold negative perceptions of bisexuals.

A June 2016 study from the University of Vanderbilt found that bisexuals reported higher levels of stress and more severe drinking and smoking habits, which researchers believe is a result of their feeling ostracized by society.

And an August 2016 study by Columbia University’s Mailman School of Public Health interviewed nearly 200 closeted bisexual men about why they remained in the closet. Their answers ranged from fear of being ridiculed to worry that their friends and family members would treat them differently.

Of course, celebrities like Boy George who tweet biphobic “jokes”, and Amber Rose going on the radio to say she wouldn’t be “comfortable” dating a bi guy certainly don’t help matters.

So for your convenience, we’ve put together a helpful list of five indicators that you might be biphobic (and not even know it)…

In an article published by Psychology Today, Dr. Saul Levine says denial is “a psychological defense we all use at times to reduce our anxiety when it feels particularly disturbing.” Enough people identify as bisexual these days to reasonably suggest bisexuality is, in fact, real. Just like global warming. And evolution. No #alternativefacts here, folks. These are scientific truths.

4. You believe bisexuals are “greedy.”

OK, let’s stop and think about this one for a moment… You’re basically saying that bisexuals are modest in their appetites when they are with one gender, but complete gluttons when they are with the other. Soooo which is the modest gender? And which is the gluttonous one? And does that mean the bisexual person can sleep with as many people belonging to the modest gender as they want and never be considered greedy? Or, if not, what’s the cutoff?

3. You would never in a million years date a bisexual.

Hmmm. If you heard a person casually say “I could never date a black guy” at a party, chances are you’d probably think they were a wee bit racist. The same rule applies when it comes to talking about bisexuals. Writing off an entire group of people based solely on their identity is, by definition, prejudice, regardless of how you choose to justify it.

2. “Bisexuals are sluts who will sleep with anyone!”

Remember that whole DADT argument about straight soldiers being “uncomfortable” with gay soldiers because they didn’t want to feel they were being ogled in the shower room, as if gay men have the uncontrollable urge to sleep with every other man they lay eyes on? That was pretty ridiculous. Equally ridiculous is the assumption that a bisexual person wants to have sex with every person of every gender they see. And, even if that were true, who cares? What’s wrong with being a slut?

Ah, yes. The old argument that a person tentatively comes out as bisexual as a way of testing the waters before making the plunge into the gay pond. Sure, this happens on occasion. But that doesn’t mean there aren’t plenty of men and women who identify as bisexual today and who will still identify as bisexual ten years from now.

Even if you’re still feeling suspect, perhaps you could give them the benefit of the doubt?