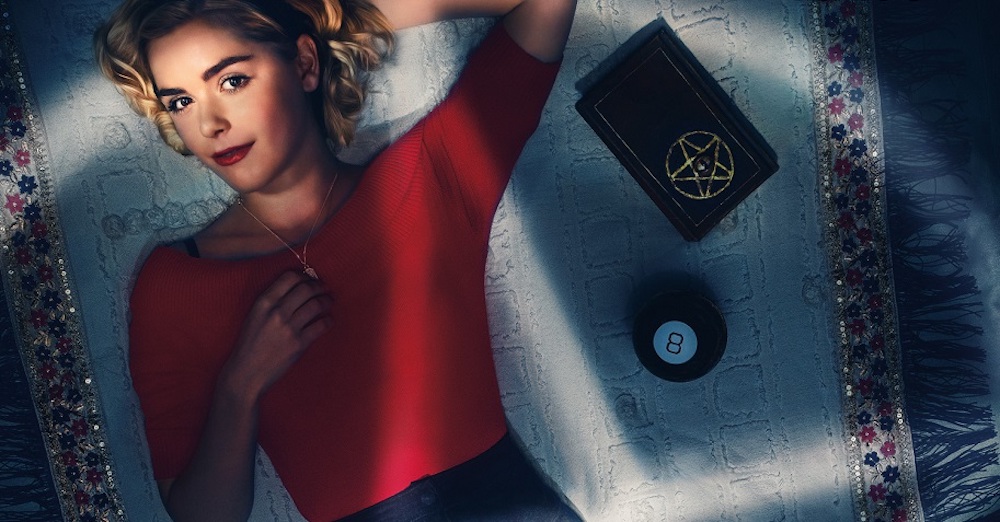 Netflix unveiled its new supernatural drama, The Chilling Adventures of Sabrina, a 10-episode series based on the Archie Comics character which follows a young enchantress navigating the confusing worlds of high school and witchcraft. It’s not the campy soap opera we’ve come to expect from the Archie Comics TV drama Riverdale, but LGBTQ fans will still probably enjoy its offerings.

Spoiler Alert: In discussing why LGBTQ fans might enjoy the show, we’ll cover some minor spoilers. But everything we mention is apparent in the first three episodes, and we won’t get too heavily into specifics.

1. The show treats being a witch as a metaphor for being LGBTQ.

Sabrina isn’t open about being a half-witch to all of her friends or her boyfriend because she knows there’s a long history of witches being reviled, hunted and tortured for who they are.

And yet, Sabrina feels very proud about her witchy heritage and knows she’s a good person even though she’s not like everybody else. It’s fascinating to watch her navigate her personal secret while also not succumbing to shame, especially for queer people who’ve had to go through the same struggle. 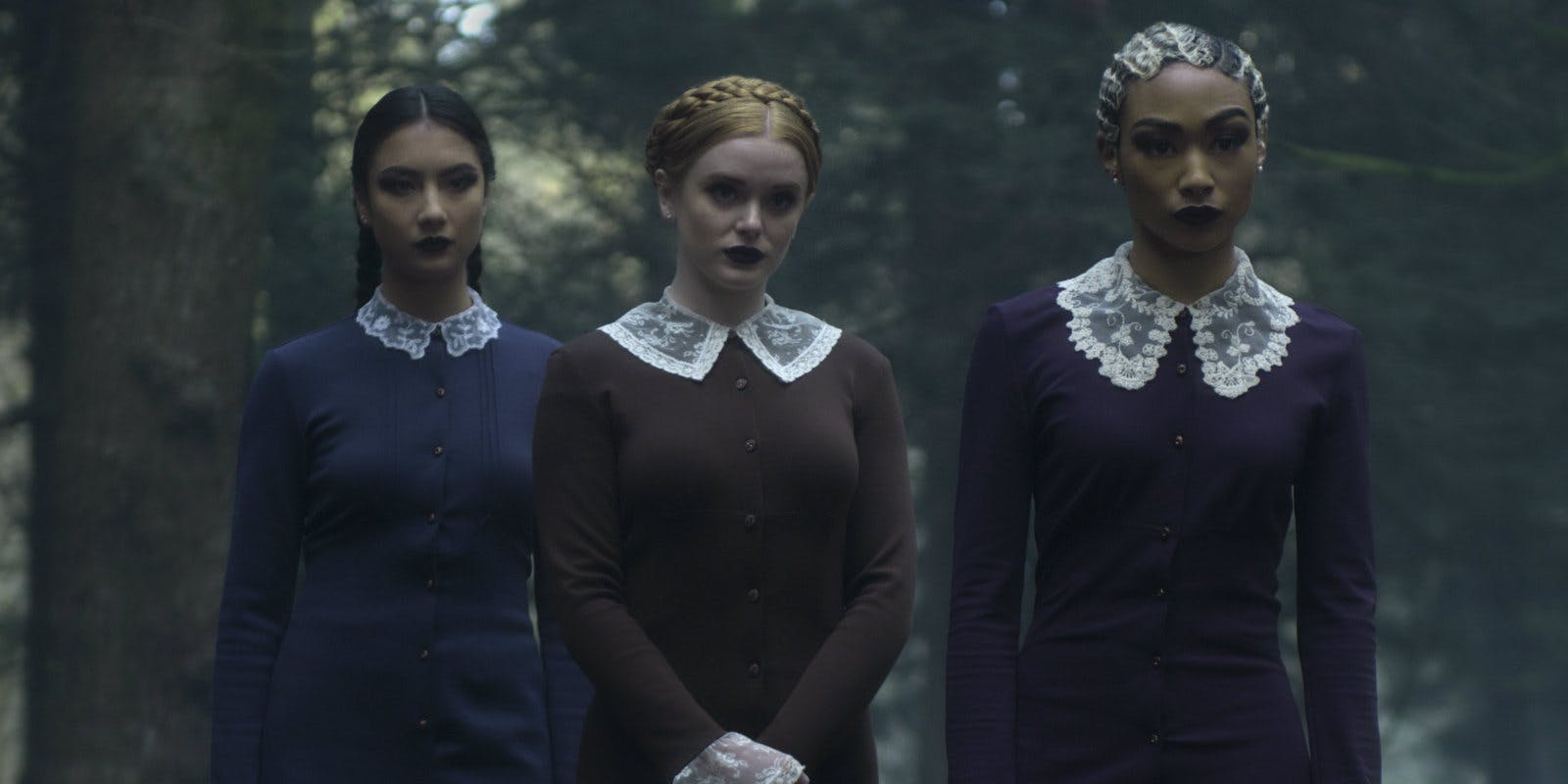 2. It’s like Buffy The Vampire Slayer meets Charmed (and is better than American Horror Story: Coven).

Like Buffy, Sabrina is about the coming-of-age and empowerment of a young woman and her friends through her self-actualization and fight against evil.

Like Charmed, it features a trio of stylish, sexy female witches who punish male wrongdoers for acting like jerks. (In this way, it’s also kind of like the 1996 film The Craft as well, even going so far to question abuses of magical power).

And unlike American Horror Story: Coven, The Chilling Adventures of Sabrina is actually scary and nuanced. It’s not just a bunch of whiny witches fighting for top billing: It explores the emotional reasons that we hide, control and deceive our loved ones, and how that changes us inside and out.

3. One of Sabrina’s close confidants is gay.

Without saying too much, Sabrina has two close confidants that might be gay. Early into the first episode, one gets bullied and called a hateful anti-LGBTQ slur. Later on, we find one cruising and going on a date with someone of the same-sex.

In both cases, Sabrina and others treat these characters’ identities as matter-of-fact and work on their behalf to help them secure love and safety. It’s especially refreshing to see LGBTQ identities presented this way rather than as a scandal or an overwrought personal reckoning.

There’s also a group make-out scene of guys in their undies later on if you keep watching. 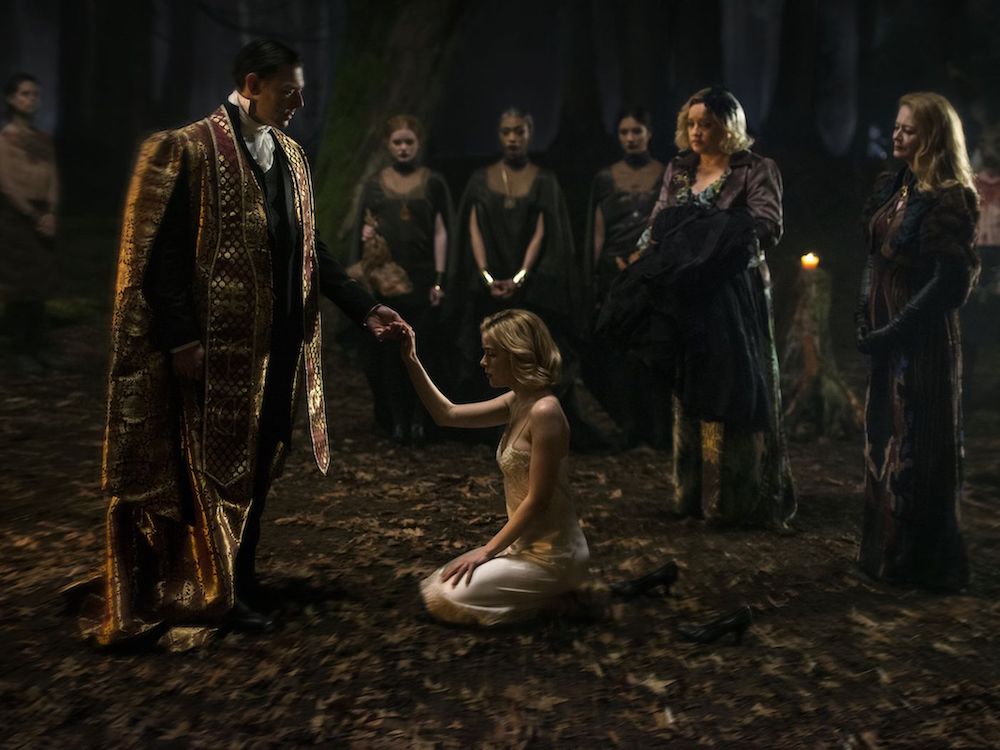 4. The show deals with bullying of all sorts.

In The Chilling Adventures of Sabrina, powerful students bully the less powerful, school officials bully the students, family members bully each other, religious leaders bully their followers. And the bullying all ranges from mild threats and intimidation to outright physical violence and even murder.

These power dynamics propel the entire show’s opening episodes. And while some of these conflicts get resolved a little too easily with magic, it’s nice to see that life in the spooky town of Greendale isn’t some idyllic Pleasantville.

Remember how religious conservatives were worried that Harry Potter would turn kids onto witchcraft and Satan worship? Sabrina all but affirms those worries as the show connects magic directly with Satanic worship rather than some non-denominational feel-good concept of “magic within us all.”

But Sabrina’s depiction of Satanism doesn’t reflect that of real-life Satanism. The show presents a largely Judeo-Christian conception of Satanism, filled with darkness, deceit and bondage to the devil himself. It may sound like fun, but Satanism eventually proves itself to be as confining and corrupt as Christianity, leaving Sabrina to wonder about her place in a problematic belief system.