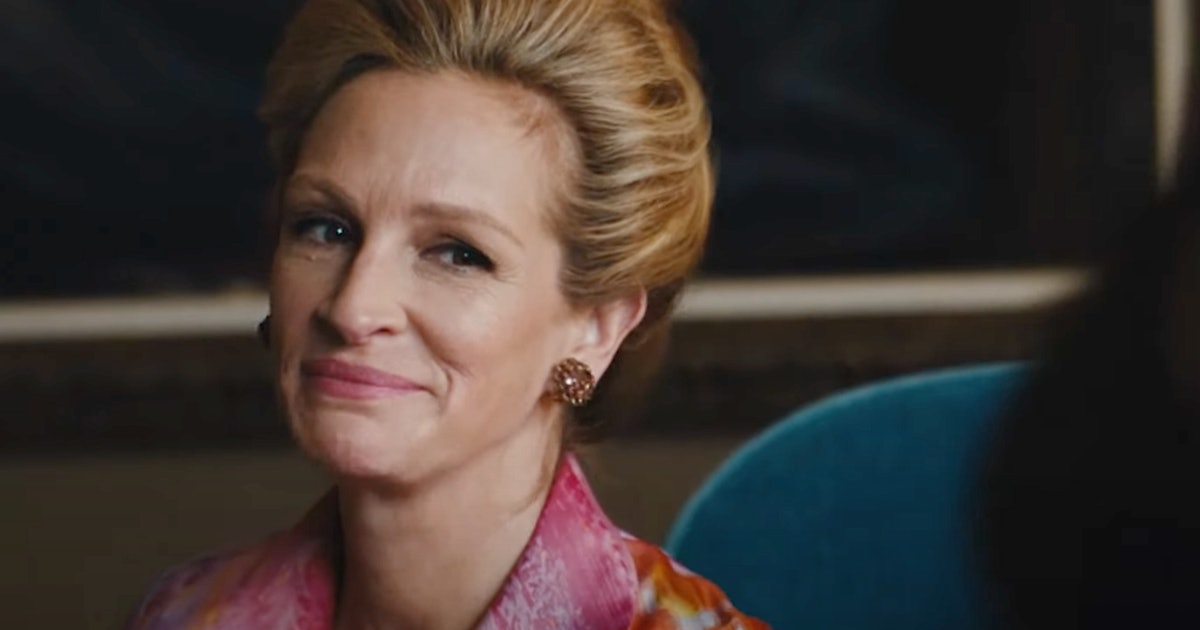 Oscar-winning actress and outspoken LGBTQ ally Julia Roberts has a reason to celebrate this week: the trailer for Gaslit, her new limited series, has hit the web.

Gaslit recounts the true story of Martha Mitchell (Roberts), the activist wife of U.S. Attorney General John Mitchell (Sean Penn), who actually went public with evidence of Richard Nixon’s involvement in the Watergate scandal. Mitchell also had a reputation around Washington as a loudmouth Republican cheerleader, not unlike any number of modern pundits on cable news. Her vocal criticism of Nixon made her the target of Republican “fixers,” who launched a media smear campaign against her and, according to reports, held her hostage in a California hotel room. Yikes!

In honor of Gaslit (and that very awesome slapping scene in the trailer), we’ve compiled a primer of some of Ms. Roberts’ work for the queer fanbase. These five movies encompass the charm and fabulousness of the screen legend. Many LGBTQ viewers will, no doubt, relate to her character… or just walk around quoting her lines.

We have a feeling the same thing will happen after watching Gaslit, as well. The show debuts on Starz April 24.

Roberts scored an Oscar nomination for her work as a sickly diabetic Southern girl. Other than being a classic tear-jerker, Steel Magnolias has a cult following thanks to its cast of gay icons (Sally Field, Dolly Parton, Shirley MacLaine, and Olympia Dukakis) and for its plethora of delicious, bitchy one liners.

Speaking of tear-jerkers, Roberts played a stubborn wheelchair-bound doctor in HBO’s adaptation of Larry Kramer‘s play. The Normal Heart dramatizes the early days of the AIDS crisis with Roberts as Dr. Emma Brookner, a fictionalized version of real-life physician Dr. Linda Laubenstein. Laubenstein insisted on treating AIDS patients when most other doctors would not.

The gay best friend trope rocketed to a whole new level with this 1998 comedy that paired Roberts with Rupert Everett. Throughout the 1990s, Roberts reigned supreme as queen of romantic comedies. Pairing her with a gay man (both on and off-screen) refreshed the genre and showed scores of straight women that their best coupling might be a platonic one.

First things first: August: Osage County, director John Wells’ adaptation of Tracy Letts’ Pulitzer Prize-winning play, is not a great movie. It does, however, give Roberts and her character one truly great scene. Watching her roast co-star Meryl Streep over a catfish lunch makes us howl every time. Eat your fish, bitch!

Sleeping with the Enemy

Speaking of bad Julia Roberts movies, this totally ridiculous ’90s thriller stars Roberts as a woman on the run from an abusive ex-husband. While the movie does offer a certain fun in a camp-tastic kind of way, we have a feeling many a queer viewer will relate. After all, how many of us have slept with the enemy on at least one occasion?