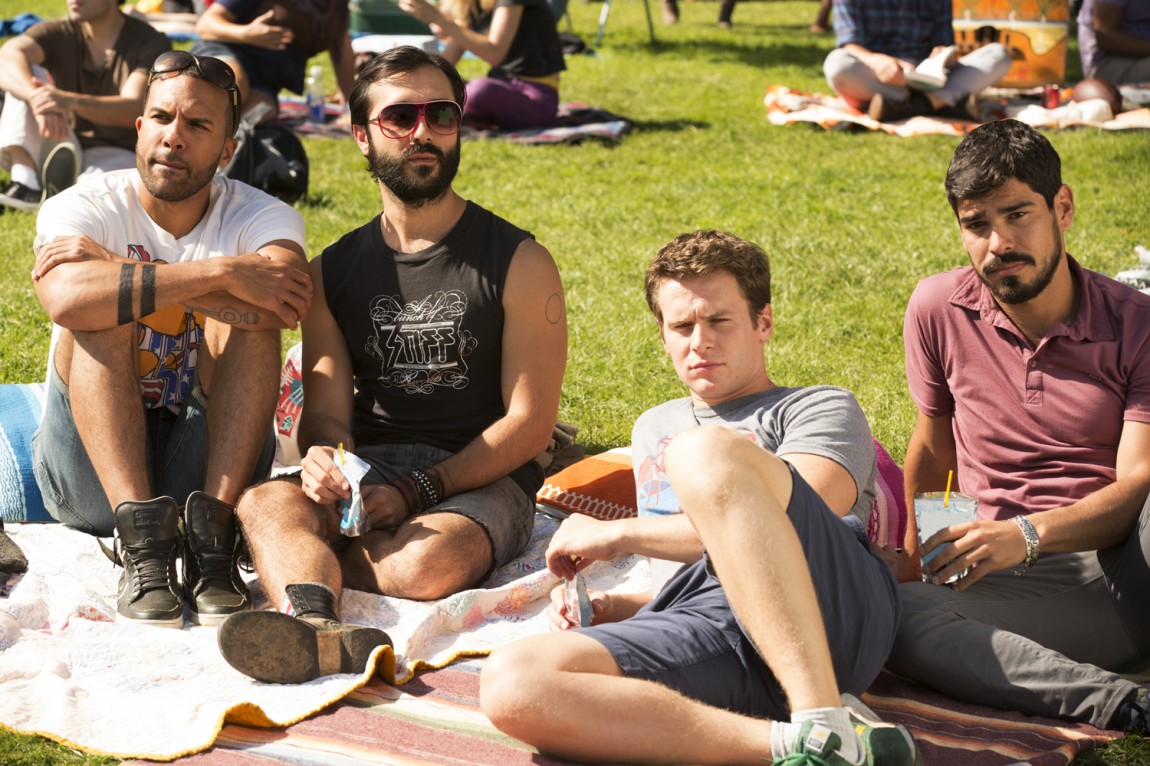 In 2014, HBO launched Looking, a groundbreaking dramedy about three friends living in the stylish, grungy ‘hoods of San Francisco. With the fight for marriage equality gaining momentum in the courts, the community continued to make strides both legally and socially, finding acceptance as never before. The show sought to explore that progress through its three leads, as they searched for love, and ultimately, for their place in this rapidly changing world.

Though it ran only two seasons (plus an HBO movie), the groundbreaking series spawned a considerable legacy. Leads Jonathan Groff, Frankie Alvarez and Murray Bartlet all landed other important roles, and Andrew Haigh achieved success in feature films, directing indie gems like Lean on Pete and 45 Years. Critics, meanwhile, compared the show favorably to other smart series like Sex in the City for its depiction of urban life and a group of friends living as a kind of surrogate family.

To celebrate the five year anniversary of Looking, HBO has made the entire series available for streaming on its service HBO NOW. Perhaps the time has come for a rewatch to revisit some interesting characters, and see just how much the world has changed, or just to hang out some old familiar friends for the long weekend.