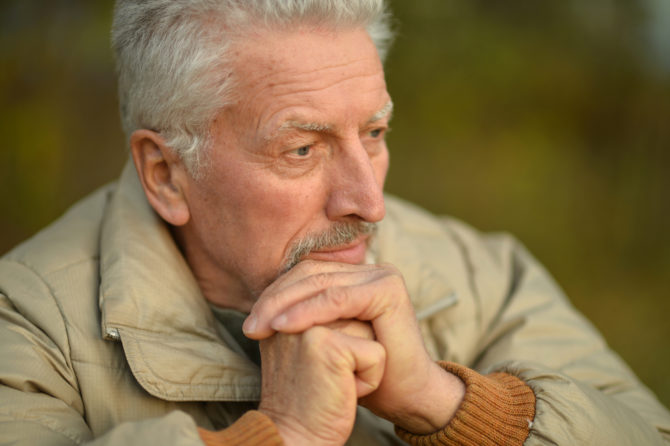 A 57-year-old U.K. man says he’s never been in a serious relationship, and it’s really starting to bum him out.

“I always longed for a faithful, lifelong partner,” he writes in a new advice-seeking post published by the Guardian.

It does sound like a bit of a conundrum. Isn’t aging such a drag?

But that’s not the only issue. The man says he’s also not really into gay men. He only likes straight or bisexual guys.

“I find most gay men a turn-off,” he explains. “I’ve spent my life as the third person in a series of triangles. I fall for him, he falls for her. Some of those triangles have stood the test of time. But I’m still waiting for that one encounter that doesn’t end up with me getting crowded out.”

Hmmm. Didn’t Albert Einstein say the definition of insanity is “doing the same thing over and over again and expecting different results.”

The man continues, “Friends tell me: ‘Be realistic, find a guy of your own age.’ Why do so few seem to realize that age is as much an orientation as gender is? I can’t begin to imagine falling for a guy of my own age.”

For once, we’re at a complete loss for words. We don’t know what to tell this guy. Do you? Share any words of advice in the comments section below…