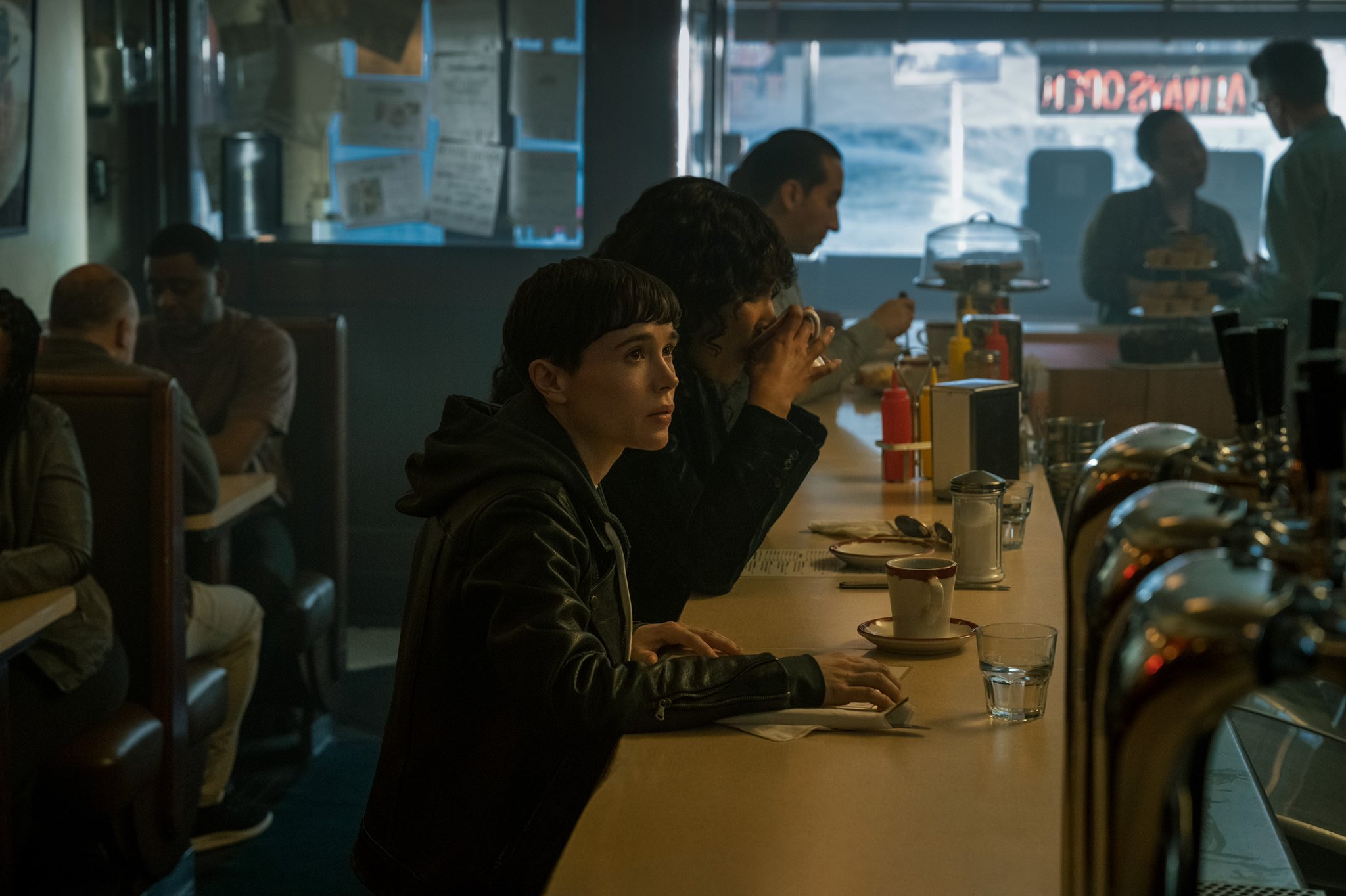 Fresh off his appearance at the Academy Awards, trans actor Elliot Page has landed in the headlines yet again. The star of the hit series Umbrella Academy just announced his character on the show will also come out as transgender.

Page took to Twitter on March 29 to share the news. “Meet Viktor Hargreeves,” the actor wrote. He also shared a picture of Viktor from the upcoming season of the Netflix show.

Make no mistake, Viktor’s coming out is a big deal. When Umbrella Academy debuted back in 2019, Page had not yet come out as transgender and played the character as he originally appeared in the comics: a cisgender female.

Viktor coming out in Season 3 not only represents another example of trans representation in a popular series,but it marks one of the few times a character came out as trans subsequent to the actor doing so.

It seems like a perfect way to welcome the Transgender Day of Visibility. Need more ways to celebrate? Have a look at five more of our favorite trans characters to land on the TV screen…

The cast of Pose

Lord, what more can we say about the groundbreaking cast of Pose, the series that took trans representation to a whole new height? Whether having a ballroom dance-off, vacationing on the beach, or leading protests at the height of the AIDS crisis, Blanca, Angel, Electra, Lulu, and Candy found to make us laugh, cry, cheer… and keep up the cause for queer rights.

Actor Jeffrey Tambor’s personal issues aside, we found a load of great reasons to enjoy Transparent, starting with Divinia, Maura’s (Tambor) transgender mentor, played by Alexandra Billings. Divinia is exactly the kind of LGBTQ role model we wish we’d had when we came out, and the joy and nurturing that Billings brings to the character makes her a pleasure to watch. Oh, and she occasionally gets to sing, which is awesome.

The Star Trek franchise finally reached a new level of representation with the introduction of queer characters to the show. That includes the trans-nonbinary character of Adira (Blu Del Barrio) and their boyfriend/symbiotic personality Gray (Ian Alexander). As with Trek at its best, the couple makes the future look bright.

Chris of Work in Progress

This showtime sitcom doesn’t get enough credit for its hilarity, or for its queerness. As produced and occasionally directed by Lily Wachowski, Work in Progress follows the misadventures of Abby (Abby McEnany), a self-described butch lesbian as she tries to navigate adult life. She also develops a beautiful relationship with Chris (Theo Germaine), a younger trans man who makes Abby believe in love. Us, too!

This cult series follows Samantha (Sofia Black-D’Elia), a 28-year-old woman trying to pull her life together after getting sober. Of course, that’s easier said than done as she has to find a way of coping with life’s woes without the help of booze. Fortunately, she has Mindy (Jojo Brown), her snarky trans boss at a grocery store to keep her grounded, as well as hopeful.