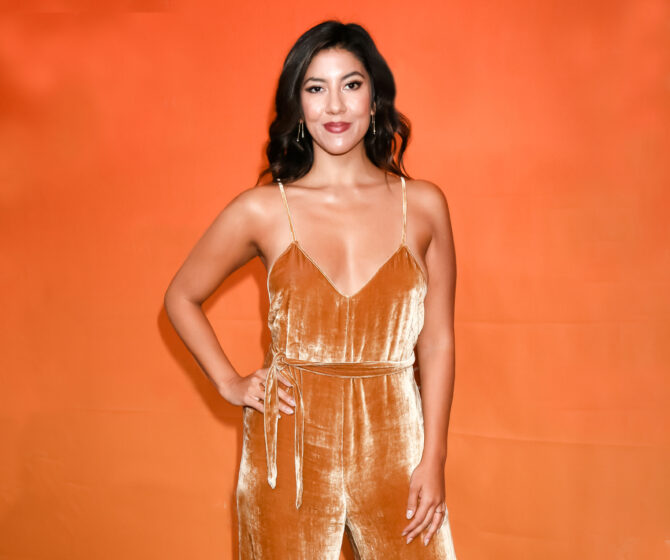 Others know her as Mirabel in Encanto, Sofia Vergara’s sister on Modern Family, or from the film adaptation of Lin Manuel Miranda’s In The Heights.

This proud Latina is well-known across screens big and small, but what do we know about her private life? We scoured the internet for the most searched questions on Stephanie Beatriz and learned a few interesting facts about her along the way…

In her words, “Yup.” The actress came out as bisexual in July 2016, adding another solid player to our team.

No, Beatriz is not blind, though the actress does have severe astigmatism. Despite needing glasses to see, she does not wear them in many of her roles and her condition cannot be corrected with contact lenses. As a result, she has a difficult time hitting her marks while filming.

so bad that first season I kept missing my marks because I couldn’t see em. they are huge marks- and hot pink. 😑 https://t.co/vG9Iq6O7mN

¡Si! She was born in Argentina. Her father is Colombian and her mother is Bolivian. She spoke Spanish at home growing up.

I was BORN in Argentina!!! https://t.co/nciYI7PpoQ

No, the two actresses are not related, though they played siblings on TV. Beatriz appeared a handful of times throughout the series as the walk-on character Sonia Ramirez, Gloria Pritchett’s sister.

Not anymore, but she used to be vegan after a brief stint working on a chicken farm. The actress told Esquire, “I’m not vegan anymore, but I had to be for a little while because of the chicken factory. I was only there for a month because I couldn’t handle it. Spend two days smelling a chicken-processing plant and it’ll be a real intense experience.”

Yes, she married actor Brad Hoss in 2018. They have one beautiful daughter.

RELATED: Wanda Sykes has made a career out of telling it like it is, so naturally 2022 has been her year