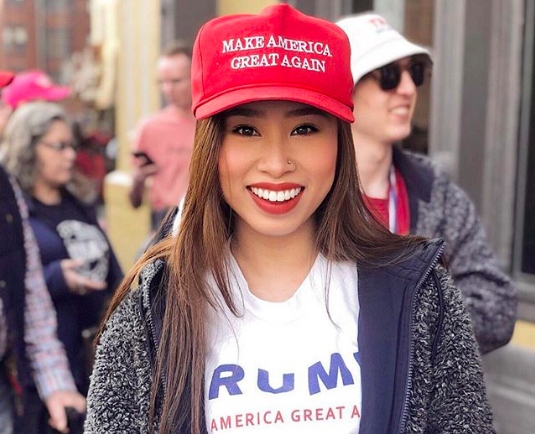 This week, 20-year-old pageant queen/Trump supporter Kathy Zhu was stripped of her Miss Michigan title after a series of vile tweets she wrote in 2017 and 2018 resurfaced. In response, Zhu hit the media circuit, where she claimed “coming out as conservative is harder than coming out as gay.”

Oh, and then there was this clever little ditty she wrote: “Roses are red, violets are blue, how many genders?, only 2.”

After being told by the Miss World America Organization that she was no longer welcome on their stage, Zhu put a statement saying, “I stand by each and every one of my tweets on my account” and claiming her bigotry is just a “difference of opinions” that are based in “facts.”

“It is honestly sad that the left refers to statistics and facts as racist and insensitive,” she said. “I am very glad that I now have the opportunity to speak out about the unjust treatment of conservatives.”

But Zhu is hardly the first pageant queen to demonstrate that beauty is only skin deep. Scroll down for five more bigoted beauties who have shown they, too, have rotten insides…

Miss Perú 2013 raised the ire of singer Ricky Martin when she said she needn’t worry about having a gay child because her kids will be “raised by a mother and father” and “won’t ever be molested.” In response, Martin blasted Mejia on Twitter for her “foolish comments” and “total ignorance.” The pageant queen later issued an apology.

Related: Ricky Martin Is Not Having Miss Peru’s Homophobic Foolishness 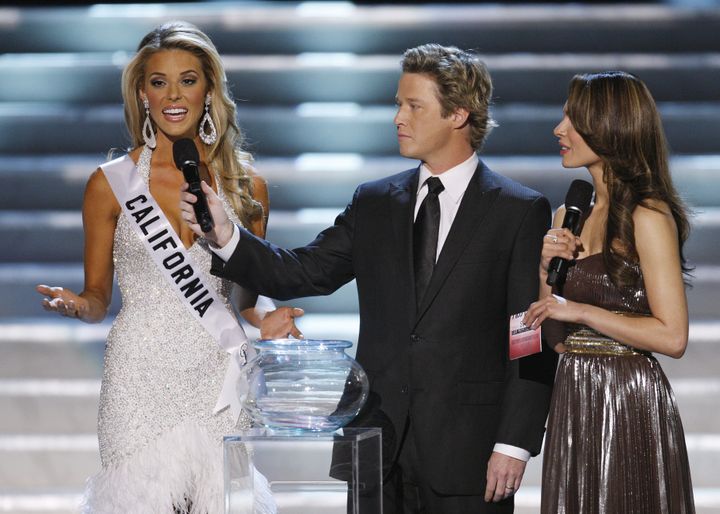 The former Miss California caused a media frenzy during the 2009 Miss USA competition when she said marriage should be “between a man and a woman.” Afterwards, she made the media rounds, appearing on a number of television and radio programs where she doubled-down on her position. Later that year, she released her memoir, further defending her beliefs. 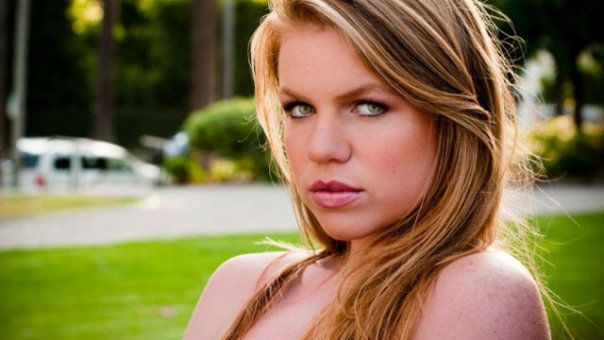 The self-proclaimed “Miss Beverly Hills” made headlines in 2010 when she quoted Leviticus and said the Bible calls for gays to be put to death during an interview with her local news station. Her remarks prompted then-mayor of Beverly Hills Nancy Krasne to put out a statement saying, “We are dismayed by any potential association [Ashley has] with the city of Beverly Hills, which has a long history of tolerance and respect.” 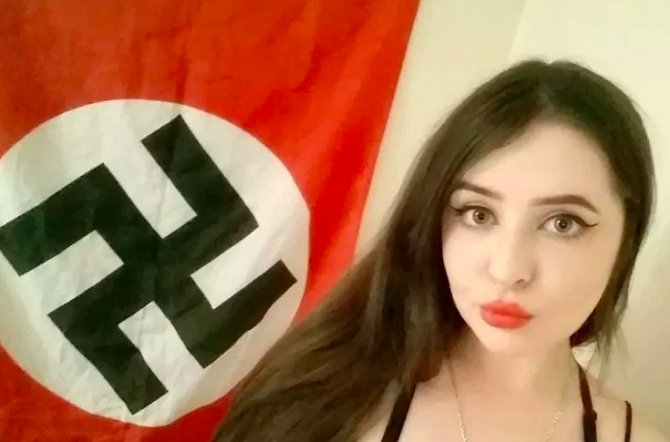 The 22-year-old neo-Nazi was put on trial in the U.K. earlier this year after she entered a “Miss Hitler” competition under the alias “Buchenwald Princess,” named after her favorite Nazi death camp, in an alleged effort to recruit other young women to join the terrorist group National Action. Ultimately, after an 11-week trail, the jury was unable to reach a verdict and so a retrial is being scheduled.

And now for the O.G. Before she became infamous for having a pie smashed in her face during a press conference about the evils of homosexuality, the failed country music singer was crowned Miss Oklahoma in 1958 and was named the second runner-up in the 1959 Miss America pageant.