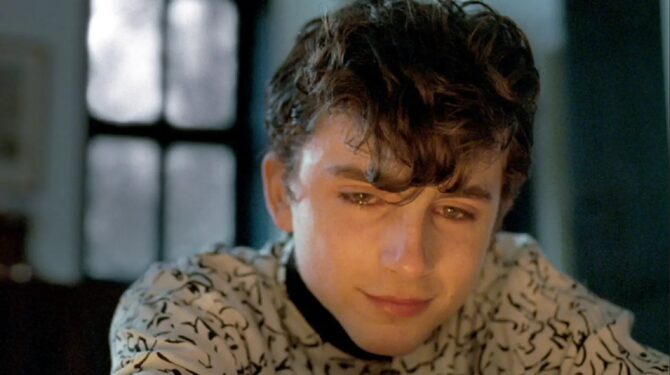 It’s funny, as much as gays love a dance floor anthem, an epic song of summer, a certified bop, queer movies aren’t exactly known for their soundtracks. This may have something to do with the fact that big budget Hollywood films centering queer people tend to be kinda tragic (we have to die so that straights can empathize with us, obv) and queer indies are less likely to spend their limited budget on pricy music rights. But queer cinema isn’t wholly without it’s bangin’ soundtracks. Here are six that come to mind…

The Adventures of Priscilla, Queen of the Desert

Two drag queens and a transwoman embark on an odyssey into the Australian outback, performing glitter drenched, disco-powered shows along the way. How could the soundtrack to that movie be anything but fabulous? Priscilla won the Academy Award for Best Costume Design in 1995, but the film’s music was just as thrillingly campy and over-the-top! Featuring Gloria Gaynor’s “I Will Survive,” CeCe Peniston’s “Finally” and Abba’s “Mamma Mia,” the soundtrack is an unapologetic love letter to the tacky, glamorous anthems adored by gay men, drag queens and femmes of all stripes.

This achingly sweet coming-of-age romantic comedy centers on two working class lads who find first love with each other against the backdrop of a London council estate. Notably, the film’s soundtrack consists almost entirely of songs sung by “Mama” Cass Elliot, elevating the late Mamas & the Papas singer to gay icon status. The film’s romantic high point comes during a swirling, joyful scene in which Jamie (Glen Berry) and Ste (Scott Neal) share a liberating night out, culminating in a kiss set to “Make Your Own Kind of Music.”

Speaking of young love, the songs in this 2018 rom-dramedy capture that exhilarating, heart wide open like a wound feeling of your first teenage crush. Uber producer Jack Antonoff is all over this one, unsurprisingly, including his band Bleachers’ dizzying track “Rollercoaster.” And you can’t put together a list—any list—of queer music these days without including Troye Sivan!

David Bowie fully vetoed having any of his music appear in director Todd Haynes’s 1998 film inspired by the singer’s Ziggy Stardust period. And yet, that somehow didn’t manage to prevent Velvet Goldmine’s soundtrack from being a treasure chest of classic glam rock tracks, covers and original songs inspired by Bowie’s music. Queer band Placebo contributed a riotous cover of T.Rex’s “20th Century Boy,” and the film’s stars Ewan McGregor and Jonathan Rhys Meyers sang lead vocals on covers of The Stooges’ “TV Eye” and Brian Eno’s “Baby’s on Fire.”

Call Me by Your Name

It’s easy to forget that amid its swoony romantic score, Luca Guadagninio’s Oscar-winning 2017 big screen adaptation of André Aciman’s Call Me by Your Name also resurrected a classic 80s synth bop in The Psychedelic Furs’ “Love My Way.” (Remember all those memes of A*mie H*mmer dancing? Were we ever so innocent?) And while it was Sufjan Stevens’s “Mystery of Love” that was nominated for both an Academy Award and a Grammy, if you’re in the mood for glorious, transcendently beautiful heartbreak, not much beats “Visions of Gideon,” whether or not you’re watching Timothée Chalamet staring longingly into a fire.

Hedwig and the Angry Inch

There is for sure a conversation to be had about the way that the title character’s gender is portrayed in director and star John Cameron Mitchell’s big screen adaptation of his own rock musical. But all that aside, the music in Hedwig and the Angry Inch—written by Stephen Trask—well, rocks. Mitchell, as “internationally ignored” rock icon Hedwig, comes in hard with “Tear Me Down,” goes full power ballad on “Midnight Radio” and gives Plato’s myth about the origin of human love and desire poignant new life in “The Origin of Love.” And you have to love “Wig in a Box” for pretty much encapsulating everything—the humor, the pathos, the punk rock attitude—that makes this movie great!