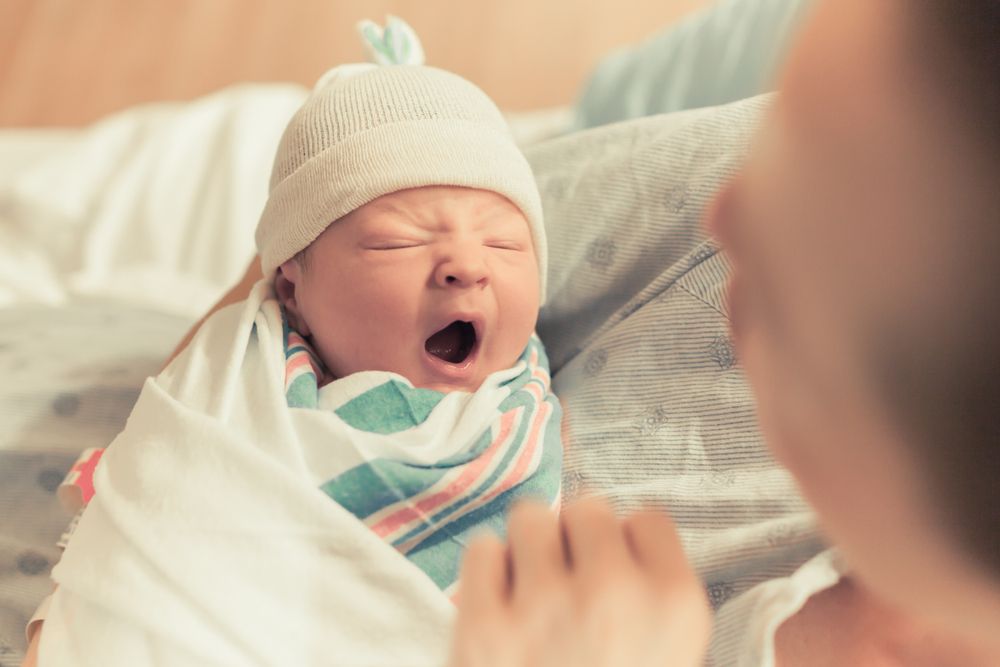 A postmenopausal 61-year-old woman named Cecile gave birth to her own grand-daughter after she agreed to carry the child of her gay son and his same-sex partner.

Older woman aren’t always ideal candidates for child surrogacy because they are more prone to bone, blood and genetic complications.

But after a “reproductive team at the Methodist Physicians Clinic Women’s Center in Omaha ran a Pap smear, a blood test, a cholesterol test, a stress test, a mammogram, and an ultrasound,” they declared Cecile as “healthy enough … to potentially carry a fetus to term,” reports Buzzfeed News.

The fertilized embryo successfully adhered to Cecile’s womb on the first try. Because Dougherty’s sister donated her eggs, the couple saved some money. Nevertheless, the overall in vitro fertilization procedure cost the couple $40,000 (including genetic testing to see which fertilized eggs had the greatest chance of developing). Nothing was covered by their medical insurance.

in addition to the costs of IVF, they also had to cover all the expenses associated with Cecile carrying and birthing the baby; if she were giving birth to her own child, rather than her grandchild, insurance would have kicked in for some of those expenses. But as a surrogate, the family’s insurance wouldn’t cover any pregnancy-related fees. For a teacher and a hairdresser like Matthew and Elliot, these costs were exorbitant.

The couple had considered adopting, but wanted to avoid any homophobic discrimination in the process, especially because Matthew had once been fired from teaching at a private Catholic school for being gay.

Related: Gay Couple Forced Into Hiding After Surrogate Threatens To Kidnap Their Child

Matthew said, “It’s kind of embarrassing. My mom and I are legally Uma’s parents. Nebraska requires the sperm donor to be the father and the person who delivers the baby to be the ‘mother,’ even if she’s not biologically related to the child. This looks really creepy for us. Let’s just say we will NOT be framing and hanging up Uma’s birth certificate.”

He added that his husband currently has no legal rights to their daughter and will need to formally adopt their daughter because of outdated laws written before gay marriage and parenting were more prevalent.

The couple froze two of the other fertilized eggs in case they’d like to expand their family later on.