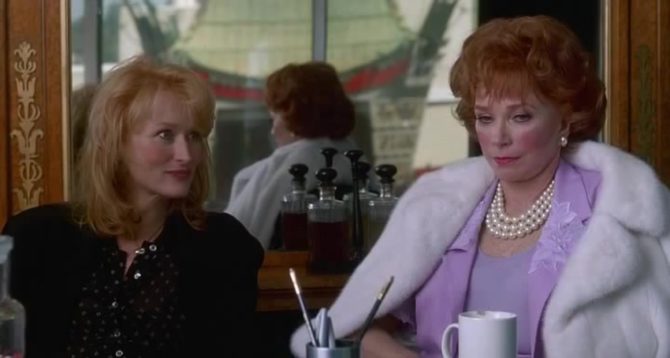 Mother’s Day is upon us once again, and we here at Queerty have decided to pay homage to the women that bore us, and bear with us (and let us raid their closets.) After all, there’s nothing more special than the relationship between mom and her gay son.

Of course, not all movie moms embody the picture of love and devotion for their children (looking at you Mommie Dearest). Moms—and even worse, step moms—have a bad habit of becoming nasty villains. The Manchurian Candidate, Hellraiser, Precious…those moms don’t make us want to send a bouquet of tulips to our own matriarchs.

On the other hand, plenty of films celebrate all that’s great about motherhood, even if in an unorthodox way.

This Mother’s Day, sit down with mom, or maybe just some fabulous queer friends, and watch one of these screen classics that celebrate motherhood and all the good it brings. Each title features a mom we can relate to, even emulate, at the best—and worst—of times.

The wonderful Amy Schumer and the national treasure known as Goldie Hawn star in this outrageous comedy about a mother and daughter on a road trip adventure. Appearances by manish hunk Christopher Meloni and queer star Wanda Sykes add to the appeal. Schumer brings her signature raunch comedy, along with the same vulnerability that made her so memorable in Trainwreck, to the plot. Hawn’s knack for slapstick compliments Schumer well, and makes us all wish we had a cougar for a mother.

Call it a counter-intuitive entry, but Quentin Tarantino’s two-volume masterpiece about a scorned assassin looking for her daughter makes for some fantastic, if rather ironic, Mother’s Day viewing. Uma Thurman commands the screen as The Bride, alongside divas Vivica Fox, Daryl Hannah and Lucy Liu, staging some incredible action and some very wicked humor. Best of all, underneath the cinematic homages, snappy dialogue and kung fu mayhem, Kill Bill is a story all about motherhood, making The Bride into an unlikely and unique feminist heroine. 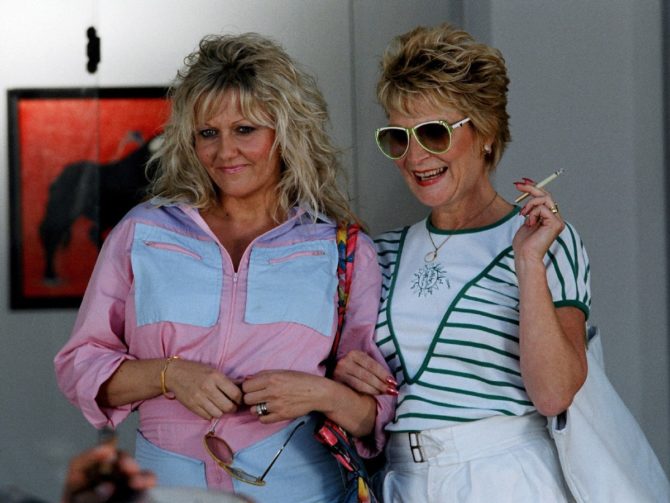 Of course, no list on fabulous moms would be complete without mentioning Beautiful Thing. Ostensibly a story about two teenage boys coming out and falling in love, the movie actually belongs to actress Linda Henry, who plays the snoopy-if-loving mom, Sandra. Crude and flawed though she is, Sandra comes to embody the kind of mom every gay kid should have when coming out: one who loves her offspring unconditionally, and one who also how to have a good time with him. 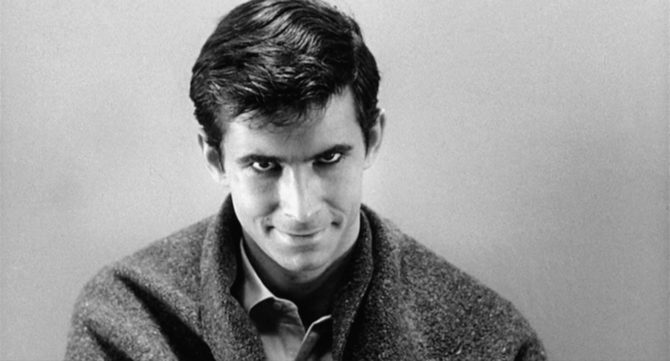 Ok, so this one might be a bit of a stretch, but hey, Mother’s Day celebrates all aspects of motherhood, right? That should include turning your son into a serial killing psychopath! Not that anyone is complaining about Anthony Perkins, or his damn handsome looks…

Alfred Hitchcock would also love that men and women view his suspense-thriller masterpiece on Mother’s Day as a sort of twisted love letter to motherhood, or as a way to cleanse the palate between screenings of other, more saccharine film outings. The movie should also make anyone who’s seen it raise an eyebrow the next time some cute gay boy in the club refers to his mom as his “best friend.” 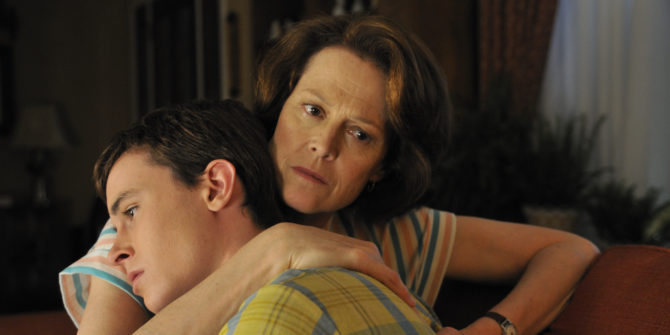 This film raised the bar on the quality of Lifetime made-for-TV movies, owing to a magnificent, Emmy-nominated performance by Sigourney Weaver. Based on a true story (hey, it’s a Lifetime movie after all!), Prayers for Bobby follows the struggle of one woman to first “save” her son after his coming out, and later, her own epiphany after his suicide. Weaver makes her character into a woman to pity and admire all at once, and though predictable, Prayers for Bobby testifies to the power of all parents who stood by their queer kids. 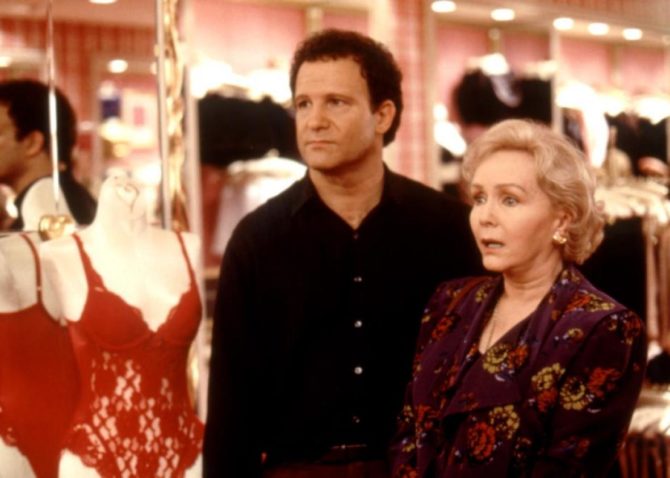 Albert Brooks’ quirky comedy might not feature any queer characters, though it does feature a magnificent performance from a queer icon: the late Debbie Reynolds. Critics often cite Mother as a comeback for Reynolds, who went on to become a highly admired character actress after the film. A movie about a neurotic son and his loving—if smothering—mom, Brooks’ writing and direction draw sharp and memorable characters. Reynolds owns the show though, embodying everything we love and hate about mom.

7. Postcards from the Edge 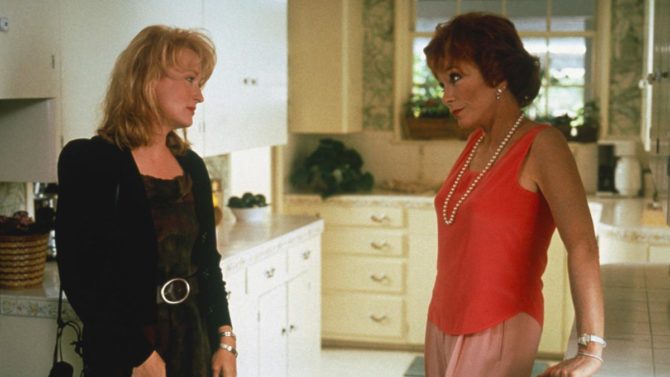 Speaking of Debbie Reynolds, her daughter, the late, great queer icon Carrie Fisher, penned the script for this uproarious comedy from director Mike Nichols. Meryl Streep and Shirley MacLaine star as a pair of mother-daughter actresses loosely based on Fisher and Reynolds. The two fight, argue and drive each other nuts, even as they both struggle with the pain of addiction. Streep has never been better (which is saying something), and MacLaine has a show-stopping musical number that must be seen to be believed. That Fisher’s dialogue crackles with the kind of witty zingers that made her famous, only adds to the enjoyment.

8. The Kids are Alright 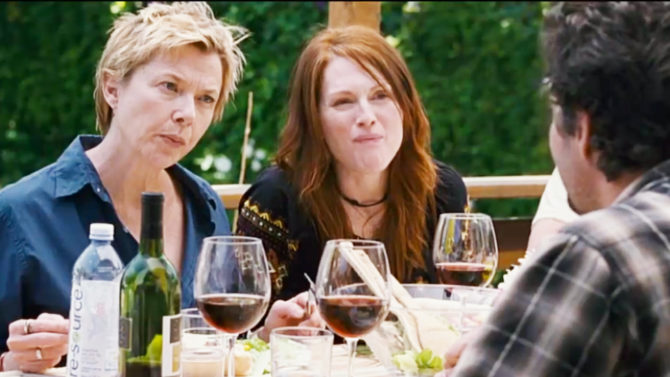 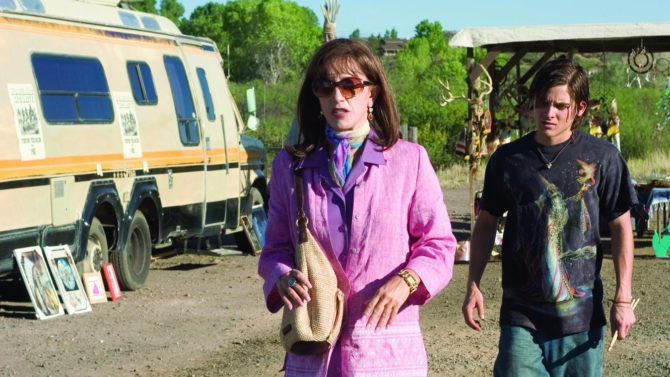 Felicity Huffman should have won an Oscar (eat it, Reese Witherspoon!) for her performance as a transgender woman who discovers she has a teenage son. Huffman and her bisexual hustler of a son (super hot Kevin Zegers) then embark on a cross-country journey that reunites Huffman with her eccentric parents, and bittersweet comedy ensues. Huffman gives a powerful, understated performance as a woman learning to be a dad, and Zegers has rarely been better than as a sexually confused teen who just needs a mom. 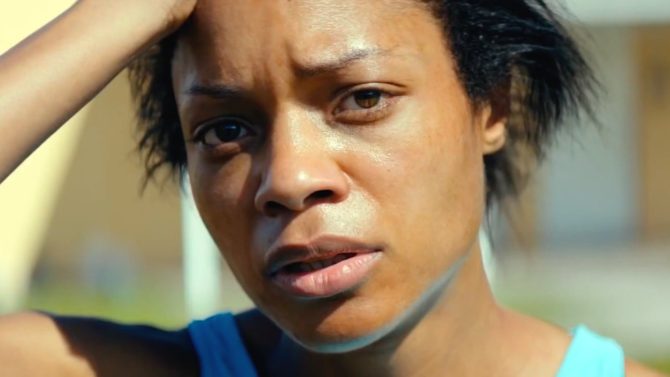 Ok, so the crack whore mom at the center of Moonlight isn’t exactly a contender for mother of the year. As played by Naomie Harris, messed up mom Paula becomes the other kind of mom a number of us–queer and straight alike–have come to know: women who desperately love their children, but fall victim to their own personal demons. Paula isn’t a bad woman exactly, but she’s in a very bad place, offering little help to her son Chiron as he struggles with his sexuality and growing up. Hey, moms come in all shapes and sizes, and on Mother’s Day we’d all do well to follow Chiron’s example. Despite her failings, he loves her anyway.