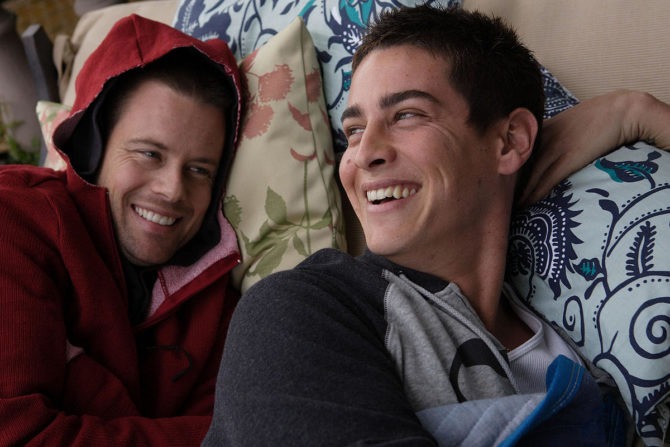 Jane Russell once notoriously danced with a group of speedo-wearing male bodybuilders in Gentlemen Prefer Blonds, one of the most homoerotic scenes in Hollywood history. Yet somehow the idea that gay men and women can take part in the professional sports world remains absurd to so many Americans, gay and not-gay alike. The four major teams sports still lack a single openly gay active player.

With the Super Bowl again on the approach, and with Hollywood having dumped most of its good movies out for Oscar season, perhaps now comes a good time to visit some of the better LGBTQ sports films—and yes, unlike the pro players, there are some. The movies here all look at sports stars or characters as they leave behind the closet for the playing field.

Even better, they do what any good sports film should: inspire. 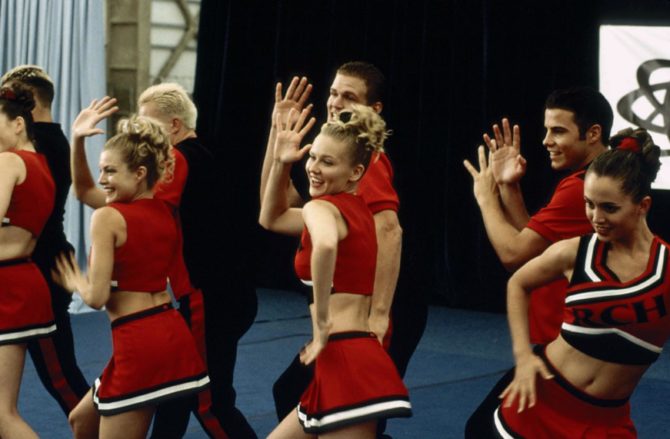 First things first: anything that involves gymnastics, dance, screaming, stretching and school spirit qualifies as a sport. Indeed, much as Ginger Rogers never got the same credit as Fred Astaire because she wore heels, cheerleaders never earn appreciation as athletes because they wear miniskirts!

Bring it On, therefore, qualifies as a sports film, if an overlooked and ironic one. With a cast that includes Kirsten Dunst, Eliza Dushku and perpetual hunk Jesse Bradford, the film avoids the pitfall of other sports movies—focusing too much on the sport—and instead takes a look at the diversity and sexualization of a cheerleading squad which includes openly gay men. Bring it On also benefits from a witty, and often hilarious script, which keeps the tried-and-true formula of preparing for the big game from feeling too stale. The laughs also help the movie get by with a more subversive agenda, that takes on misogyny, racism and homophobia. 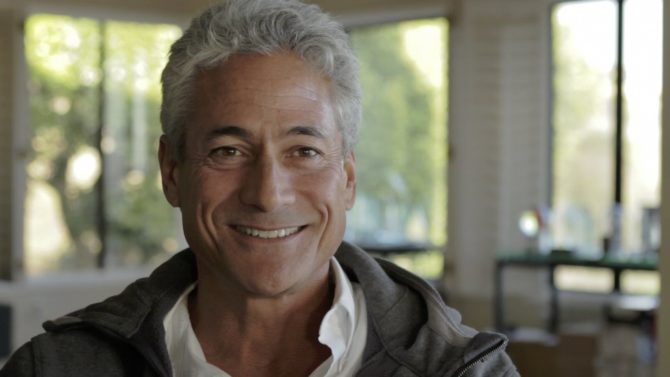 Former Olympian Greg Louganis takes the spotlight in this documentary from HBO that traces his rise and fall as one of the world’s greatest athletes. Though a four-time Olympic gold medalist, Louganis’ never achieved the fame or fortune that other, even lesser-decorated Olympians do following his athletic triumphs. As a gay man, and an HIV+ one at that, the world shunned Louganis after his diving wins because of his sexuality. Back on Board catches up with Louganis, now middle-aged, as he recounts a life wrought with triumph, abuse and homophobia. His story serves as a reminder of the discrimination that still oppresses LGBT folk in the sports world, and provides a shining light for those who wish to end it. 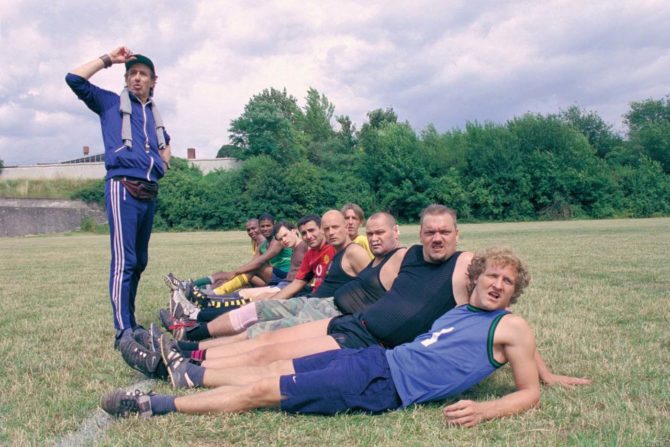 As if the title weren’t enough to spark curiosity, Guys and Balls made headlines for becoming one of the first breakout comedies to emerge from the German filmmaking scene. Hey, the Germans aren’t known for their sense of humor.

Guys and Balls follows semi-professional footballer Ecki, who meets with ridicule after he gets outed as a gay man. Kicked off his team for his sexuality, a furious Ecki decides to literally beat his former teammates at their own game—by starting his own all-gay football team. Guys and Balls follows the usual sports movie formula of underdogs training for the big-game climax, but does so with some very big laughs and some genuine tenderness. 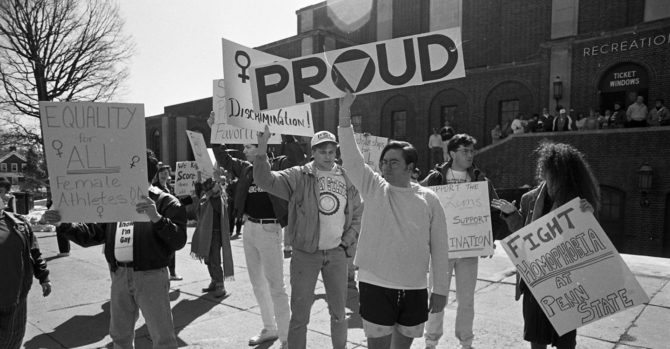 Women’s sports have gained a significant following in recent years, and much as Back on Board confronts homophobia among Olympians, Training Rules pulls back the curtain on institutionalized homophobia in women’s college sports. A documentary, Training Rules focuses on the practices of Penn State women’s basketball coach Rene Portland, a woman who demanded a lesbian-free team. (More likely she just got a closeted lesbian team.) The film features testimony from a number of Portland’s former players who allege not only that Portland expelled them from the team for being gay, but even tried to have them expelled from college because of their sexuality. Portland becomes one of the nastiest villains ever in a sports film, as she declares war on lesbian players even to the detriment of her own team. Bold and chilling, Training Rules attests to women facing the same homophobia as men, and with just as much sting. 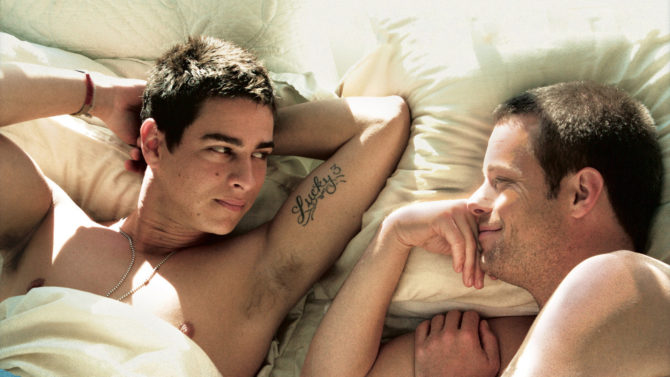 Shelter examines a male relationship among surfers, and the inevitable fall out when one comes out of the closet. Though ostensibly a sports film and a coming out story, Shelter actually focuses more on homophobia when it comes to gay men and women caring for children. The outed surfer, Zach, has become a surrogate father to his nephew Cody, and must endure the homophobic assaults of his sister, Jeanne. Thus, Shelter emerges as a story about the formation of a family with two dads, rather than homophobia within the sports world. The characters in the film have just as many layers as the story itself, making Shelter one of the best, and most unique, sports movies to date.

6. The Best Little Whorehouse in Texas 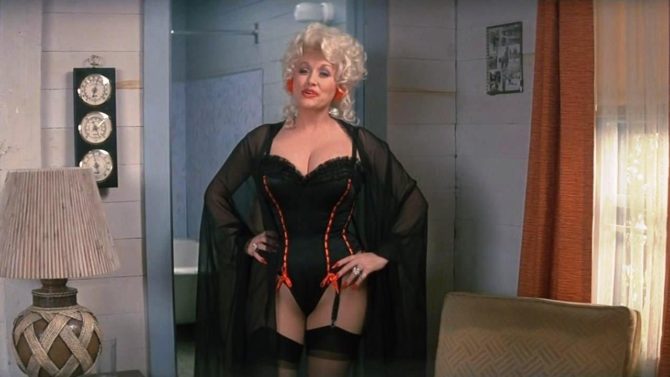 On a lighter note, this cult classic maintains a fiercely loyal following thanks to some memorable tunes, and from a winning performance by grand diva Dolly Parton in the lead. The Best Little Whorehouse in Texas tells the story of the titular brothel, run by the buxom and maternal mistress Mona, proprietor of the “Chicken Ranch,” a farm with few fowl but a lot of scantily-clad women. Mona, who’s long had a sneaker for Sheriff Ed Earl Dodd (a hunky Burt Reynolds), runs into trouble when the governor of Texas (a hilarious Charles Durning, in an Oscar-Nominated turn) vows to shut down the ranch. Best Little Whorehouse qualifies as a sports movie—if an unlikely one—thanks to a subplot about a college football team making a group outing to the ranch. That the movie also features a semi-nude song and dance in a locker room from the team makes The Best Little Whorehouse in Texas one that needs to be seen to be believed. 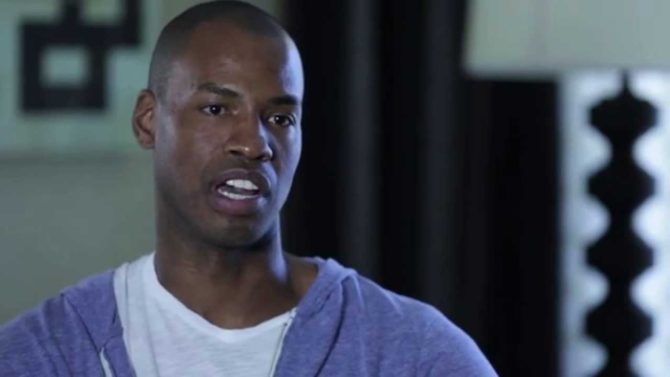 Less a story of homophobia within the sports world than a who’s-who athletes, Out to Win chronicles the lives of the biggest out gay sportspeople in history. Jason Collins, Martina Navratilova, and Billie Jean King all turn up to share their stories of tribulation and triumph, in life and in the game. Perhaps most refreshing, trans trailblazer Cait Jenner doesn’t hog the proceedings, especially given her recent devotion to Donald Trump. Out to Win provides a note of hope that even within the ultra-macho world of sports, we continues to earn a place. Given the number of sports celebrities who have come out in recent years, including Jenner, Wade Davis and Tom Daley, Out to Win earns its claim that where one person blazes trails, others follow.