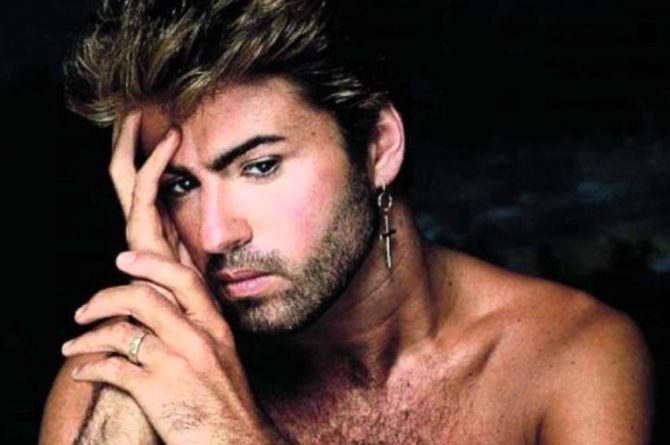 Although it’s never been a bastion of gay pride, the Rock and Roll Hall of Fame occasionally bestows props on LGBTQ legends. Dusty Springfield, Elton John, Freddie Mercury, Janis Joplin, and Little Richard all have secured spots on the inside … and how could they not?

Five’s company (six, if you count The Kinks’ Dave Davies, who wrote about his bisexual experiences in his 1996 autobiography, Kink), but more of a crowd would be better. As the Hall of Fame prepares to welcome its Class of 2019 inductees on March 29 — congratulations to The Cure, Def Leppard, Janet Jackson, Radiohead, Roxy Music, Stevie Nicks, and The Zombies — we offer an LGBT wish list for next year.

Like producer George Martin, he’s often hailed as “The Fifth Beatle,” and also like Martin, he was more than just a plus-one. Preston’s organ and electronic piano contributions to the Abbey Road, Hey Jude, and Let It Be albums were so significant that the group’s 1969 number-one single “Get Back” was credited to “The Beatles with Billy Preston.”

After The Beatles disbanded, Preston scored a string of massive pop hits on his own, including the number ones “Will It Go Round in Circles” and “Nothing from Nothing,” and he cowrote the wedding classic “You Are So Beautiful.” Preston died in 2006, and induction would be the ultimate posthumous honor.

Hard rock from the late ’70s and ’80s has never gotten much critical respect, but the Rock and Roll Hall of Fame has showered it with occasional appreciation. Journey and Bon Jovi are in the elite club, and this year, Def Leppard will be joining them.

Somehow, though, voters continue to overlook two of the biggest rock bands of the era: Foreigner and Styx, whose 70-year-old founding bassist, Chuck Panozzo, came out as gay and HIV positive in 2001. Styx’s merger of progressive rock, corporate rock, and power-balled rock might not be for everyone, but few bands can boast four consecutive multiplatinum albums (from 1977’s The Grand Illusion to 1981’s Paradise Theatre). If they can, they’re probably already Hall of Famers.

He was one of the first artists to prove there could be life after fronting a frothy boy band — in his case, the U.K. duo Wham! — and with 1987’s mega-platinum, Album of the Year Grammy-winning Faith, he earned the exclamation point that his previous act took for granted.

So what if his music wasn’t exactly rock and roll? Neither are the discographies that have gotten so many others into the Hall of Fame, from Madonna to Daryl Hall and John Oates to Donna Summer to 2019 inductee Janet Jackson. Michael covered practically every other genre and did it with such skill that the music he left behind sounds like it could have been recorded yesterday. More than two years after his death, it still feels like he can’t possibly be gone.

The British St. Kitts-born singer-songwriter might not be very well-known to American music fans — her biggest U.S. hit, 1983’s “Drop the Pilot,” only reached number 78 on the Hot 100 — but across the Atlantic, she’s a U.K. national treasure, their own Roberta Flack.

More than a decade before Tracy Chapman became a Grammy-winning folk-rock star, Armatrading showed the world that a black woman with a guitar could rock us gently and break our heart at the same time. Since her first U.K. hit, 1976’s “Love and Affection” (which was superbly covered by Sheena Easton on her A Private Heaven album eight years later), she’s been killing us softly with her songs.

Pre-Beatles pop wouldn’t have been the same without “It’s My Party,” Lesley Gore’s 1963 number-one hit, which she released at age 16. An early protegee of Quincy Jones, she went on to record a string of hit singles with the future Thriller producer, including “Judy’s Turn to Cry” and “You Don’t Own Me.”

After her hitmaking period, Gore went on to become a successful songwriter. She cowrote “Out Here on My Own,” an Oscar-nominated song from the 1980 movie musical Fame, and “My Secret Love,” which was sung by a closeted lesbian singer in the 1996 film Grace of My Heart. Gore preceded such currently out and proud lesbians as Janis Ian, k.d. lang, and Melissa Etheridge on the charts and no doubt influenced them all.

He’s most closely associated with R&B, but Vandross’s rock and roll connection is strong. In the ’70s, he sang backup for David Bowie and made significant contributions to the 1975 album Young Americans, including the title track’s vocal arrangement.

After leaving Bowie’s fold, the young American graduated to premier male soul balladeer of the ’80s. He managed to sustain his success right up to death in 2005, earning a Song of the Year Grammy for “Dance with My Father” the year before he passed. It would be hard to find a male black singer who emerged after 1980 and wasn’t influenced in some way by Vandross.

As heroes of heavy metal go, Judas Priest never achieved the caliber of Hall of Famers Led Zeppelin, AC/DC, and Metallica. Still, the British rockers’ popularity outweighs their hit singles (which total exactly one in the U.S.: the 1982 number 67 “You’ve Got Another Thing Coming”).

Having inducted most of rock and roll’s essentials, the Hall of Fame has moved on to second-tier acts in recent years. If Joan Jett and the Blackhearts could be included in the Class of 2015, surely there’s space for another hard-rocking level-two band with a still-massive following. (Although Jett has long been rumored to be a lesbian, she’s never officially come out.)

Where would modern electronic music be without Wendy Carlos? The musician who was born Walter Carlos in 1939 could be called The Godmother of Electronica. Her 1969 album, Switched-On Bach, remains one of the best-selling classical albums ever, and it helped bring synthesizer music into the mainstream.

New wave in the ’80s and EDM today may not have flourished without Carlos’s influence. After Bach made her a star, she went on to produce the scores of the classic films A Clockwork Orange, The Shining, and Tron. By honoring her, the Rock and Roll Hall of Fame wouldn’t be granting a token nod to a transgender musician. It would be welcoming a pioneer from one genre whose influence pervades so many others.

What LGBTQ artists would you like to see inducted into the Rock and Roll Hall of Fame? Share your picks in the comments section below.