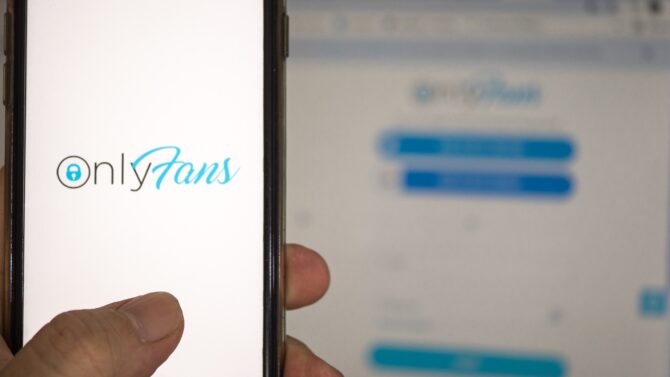 While OnlyFans is pretty much synonymous with X-rated entertainment, it’s also become a platform where celebrities can engage with their fans and drop behind-the-scenes content – for those who are willing to pay a monthly fee, at least.

Whether you’re looking for exclusive content and early access to your fave’s latest endeavors or just in it for the sexy pics and videos, these are the top eight male celebs on OnlyFans you should subscribe to right now.

Tyler Posey is a bit of a polarizing figure in the LGBTQ community. When the former Teen Wolf launched his OnlyFans page, he was met with accusations of queerbaiting from several users on the platform. In an interview with NME, Posey spoke up about the impact the incident had on him and how he came to terms with his sexuality with the help of his current girlfriend, alt-rock singer Phem.

“I’ve been with everybody under the sun, and right now I’m in the best relationship that I’ve ever been in with a woman, and she’s queer too,” he told NME. “She’s helped me realize that I fit under the queer umbrella and that I’m sexually fluid.”

You can subscribe to Tyler Posey’s OnlyFans for free.

Fans of Eating Out and Fire Island star Chris Salvatore can now enjoy access to exclusive photos and videos through the actor’s OnlyFans account. Salvatore posts content on a weekly basis and personally responds to messages for free. The account contains nudity, so users must be 18 or older to subscribe.

You can subscribe to Chris Salvatore’s OnlyFans for $9.99 a month.

Milk is hardly the only Drag Race alum to join the platform. Fans of the hit reality competition show can also subscribe to fan favorites like Katya, Adore Delano, Aja, Shea Couleé, The Vixen, Sasha Belle, Plastique Tiara, and Willam.

You can subscribe to Milk’s OnlyFans for $9.99 a month.

Appearing on the 10th season of RuPaul’s Drag Race, drag queen The Vixen is perhaps most known among fans as the outspoken queen who walked out of her season’s reunion episode. This came after RuPaul’s insistence on having her and her castmates Aquaria and Eureka revisit their previous quarrels.

The Vixen is also known as a staunch advocate against racism in the LGBTQ community and is the co-founder of Black Girl Magic, a drag show that exclusively features African-American drag queens.

On OnlyFans, The Vixen is known as Tony Untucked. You can also catch NSFW previews of Tony’s OnlyFans content on his alternate Twitter page @TonyUntucked.

Openly gay pro wrestler and personal trainer David Marshall has been using his OnlyFans account in a rather novel way: raising funds for mental health charities.

“The reason the money I raise from my OnlyFans goes towards Beyond Blue [an Australian mental health support organization] is seeing every day how big depression and anxiety has [sic] become in society and almost overlooked. Stats on LGBT in this area are quite scary too so I hope I can in some way, give back to my community. Positivity is everything,” the Australian wrestler wrote in an Instagram post.

Marshall’s connection to mental health awareness is a personal one too – he lost his father to suicide in 2017.

According to Marshall’s OnlyFans page, he raised “just under $35,000 towards mental health charities” through the platform by the end of 2019. Unfortunately, Beyond Blue (his original charity of choice) could not accept the money as the organization has a policy against accepting money gained through “gambling, alcohol, and pornography”. The money has since been donated to the Black Dog Institute.

You can subscribe to Marshall’s OnlyFans for $10.99 a month.

After winning HBO Max’s reality voguing competition Legendary under the House of Balmain, model, choreographer, and dancer Gravity Balmain launched an OnlyFans channel featuring “more explicit and unfiltered” posts than what he posts on Twitter and Instagram, including full nudity and solo content.

They currently have 115 posts and 162 photos and videos on their channel. You can subscribe to Gravity Balmain’s OnlyFans for $20 a month.

Survivor: Cook Islands second-placer and fan favorite Ozzy Lusth shocked and delighted fans everywhere when he announced he was joining OnlyFans in early January of 2021.

Lusth also came out as bisexual in April this year. In a tweet, Lusth wrote, “And for my Republican Colleagues, and anyone else who matters, Yeah I’m Bisexual. Am I committing crimes?? If so come get me. Let us ALL live with dignity. Ask yourself if you support people or the fucked dogma you’ve been fed. #ozzyisBi.”

You can subscribe to Ozzy Lusth’s OnlyFans for $8 a month.

Also known as Frisbee Jenkins, this RuPaul’s Drag Race alum is a mainstay in Iowa’s drag scene. This thick-mustached daddy posts adult content out of drag on their OnlyFans channel, which currently has 421 posts and 600 media.

You can subscribe to Sasha Belle’s OnlyFans for $9.99 a month.

If you’re looking for some eye candy or just want to see what all the fuss is about with OnlyFans, then these eight male celebs are a great place to start. With exclusive content and intimate glimpses into their lives, you definitely won’t be disappointed!