Queerty was invited to spend a long, fabulous weekend in Miami. It was heaven.

Here are eight reasons we had such a wonderful time, and you will, too:

Other cities may have gay beaches, usually in secluded locations that are hard to reach (try climbing down the cliff to Black’s Beach in San Diego sometime). Miami has not one but two gay beaches, one of which is in the middle of everything: in the center of South Beach, right along Ocean Drive at 12th Street. With the mix of gay guys and the various European visitors who wander by, 12th Street Beach may be the highest population density of men in Speedos anywhere in America. RuPaul’s Drag Race champion Violet Chachki seemed to enjoy posing in one. Then further north in the suburb of Sunny Isles, Haulover Beach has a gay section, which is very clothing optional.

Miami is one of Planet Earth’s major hubs on the yearly party circuit: Winter Party, Sizzle, The White Party (although it is no longer at its legendary Vizcaya location) all bring thousands of visitors to make new friends and dance with their shirts off. Lest anyone think the fun is just for men, Aqua Girl is one of the largest parties in the U.S. for women, and there is just as much bare skin and debauchery as there is at any event for the boys. Then there are the enormous events like Winter Music Conference and Ultra Music Festival, where packs of pansexual hipsters descend upon Miami to bounce up and down  to music by celebrity DJs. And while playing grab-ass with a bi-curious guy who is under the influence of mind altering party substances is not a step forward for LGBTQ equality, it is nonetheless fun. 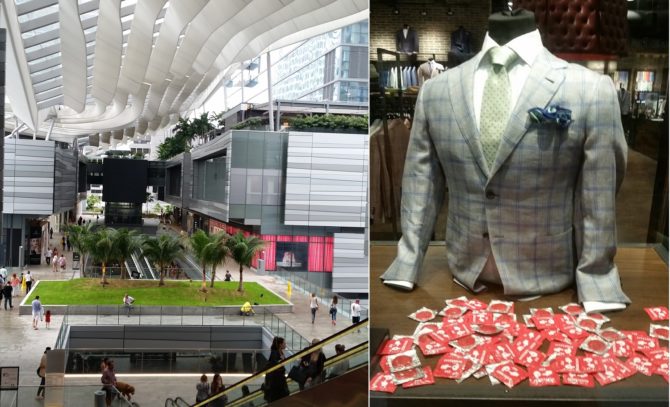 We hesitate to play into the stereotype that gay men adore shopping, but when the menswear shopping is this good, it’s hard not to appreciate it. With all the South American millionaire money flowing into Miami, every major fashion label has outposts throughout the metro area (Louis Vuitton has three), with the big designers located mostly in Bal Harbour Shops and Miami Design District. If price is no concern, The Webster has stores in South Beach and Bal Harbour that feature designers so cool, most people haven’t even heard of them. But the big news in town is the opening of Brickell City Centre (photo above, left), a shopping behemoth in a revitalized area near downtown, which is filled with shops that have no other locations in the U.S. Have a suit custom tailored at Stitched (photo above, right), where they openly embrace the sex appeal of a well-dressed man (and even provide condoms, should your suit work its magic). And because this is Miami, pick up designer swim trunks at Olebar Brown.

4. This Singer at The Cabaret South Beach 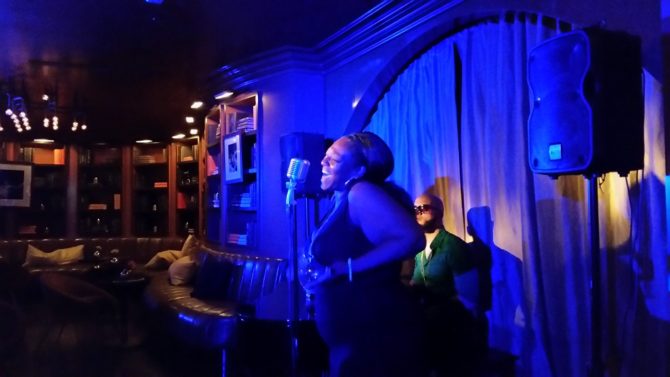 Janae Catt is an institution in Miami. The singer graces the stage at The Cabaret inside The Shelborne Hotel in South Beach. All the musicians at The Cabaret are exceptional, but when Janae steps up to the microphone, the faces of the gay men in the audience light up with rainbows and sparkles, entranced by her magic. There is a special connection between gay men and their divas, and the love is real. In the slower summer season, the crowds aren’t as big so it’s a great time to enjoy her show. It will feel like she is singing directly to you.

The newly-opened Frost Museum of Science has a planetarium laser show with the lights choreographed to a soundtrack of Lady Gaga songs. The result, to paraphrase Miami Beach icon Sophia Petrillo, is “as gay as a picnic basket.” Watch the sample above of the planetarium show, imagine watching it sprawled across the ceiling while you gaze upward from your seat, and make sure your volume is turned up. 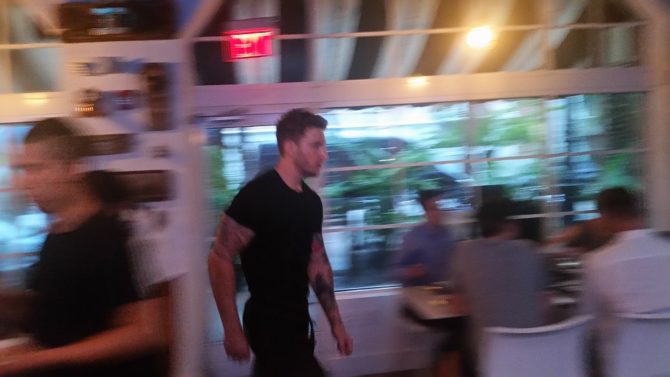 Hot men roam Miami. How are there so many packed into one place? It is as if the city summons them, these magical creatures who hear the call from their homelands across South America and the Caribbean. (Approximately 70% of Miami’s population is Latino, and 30% of the population was born outside of the U.S.) Simply sitting at a coffee shop can be a wildly hormonal experience, with the multicultural melange of men passing by. 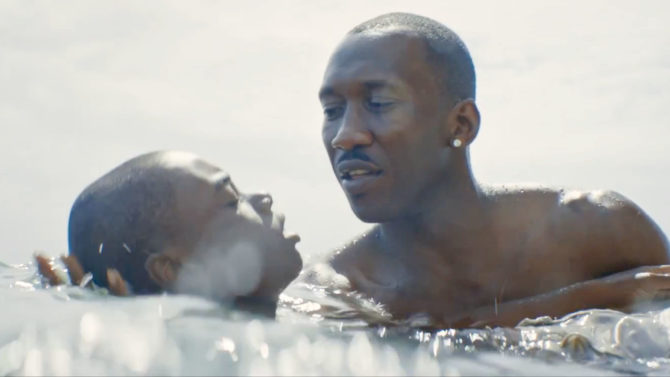 OUTshine is one of the biggest and best LGBTQ film festivals in the U.S., and it is unofficially regarded as the kickoff event for the festival season. For year-round films, O Cinema is a group of three movie theater venues around the city. Independent film has a strong tradition in Miami: Moonlight, the Best Picture winner at the 2017 Academy Awards, was filmed here. 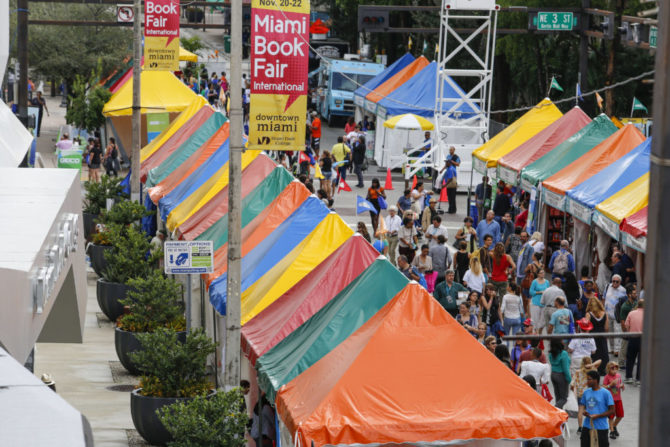 Miami may not seem to be a particularly impressive literary hub of the world, but the Miami Book Fair is the largest book fair in the U.S., and it brings in major events featuring famous authors as well as merely good ones. Thanks to a partnership with Reading Queer, the yearly event includes LGBTQ readings, seminars, and appearances by authors who write about everything from queer social theory to stories about coming out.