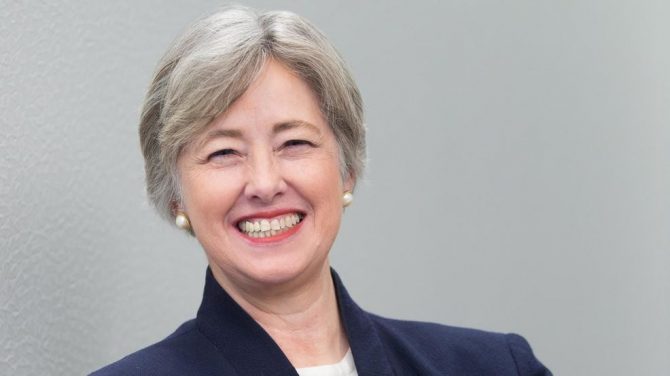 As President of the LGBTQ Victory Fund, Annise Parker oversees efforts to get openly queer candidates across the nation elected to all levels of government. But her advocacy work goes back decades.

In fact, her first organizing event was the Texas Gay Conference in 1975. A few years after that, she served as a founding member of the Rice University Gay and Lesbian Support Group in 1979.

Parker went on to serve with dozens of organizations, including serving as president of the Houston Gay and Lesbian Political Caucus, co-chair of the Lesbian/Gay Rights Lobby of Texas, and the Lesbian and Gay Democrats of Texas, to name a few.

In the 1990s, she was elected to the Houston City Council in 1998, where she served for six years before becoming controller, which she did for another six years.

In 2010, Parker made history, elected mayor of Houston, making history as the first openly LGBTQ mayor of a major city in America. That same year, Time magazine declared her one of the 100 most influential people in the world. And in 2014, she was named top U.S. mayor and seventh-ranked mayor in the world by the City Mayors Foundation.

In 2017, Parker was named to the Victory Fund post, where she led the organization in electing 166 openly queer candidates to public office, the most ever in U.S. history during an odd-numbered election year. This year, she is likely to break that record.

As Parker has said:

It’s a little astounding that we’ve made so much progress in a short amount of time. I’ve put a lot of years into making that progress happen.