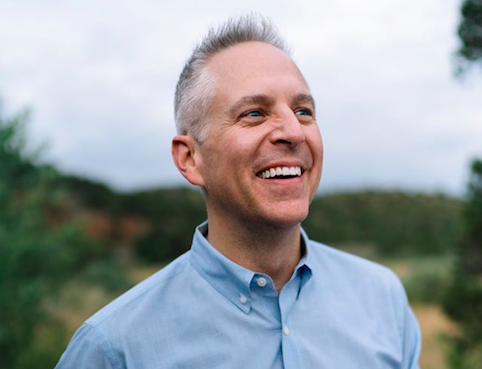 John Blair is running to represent New Mexico’s 3rd Congressional district. If elected in November, he will become the first out gay member of Congress from his state.

Blair has over two decades of experience working in politics at both the state and federal levels. He began his career working for New Mexico Supreme Court Justice Edward Chávez. Since then, he has labored in the office of former Senator Jeff Bingaman, then-Rep. Martin Heinrich, and as the Department of the Interior’s director of intergovernmental affairs during the Obama Administration.

But what makes Blair especially inspiring is not his resume alone. In his bid for Congress, he’s made his gay identity a key part of his campaign and with great humor, often poking fun at himself. In the past, queer candidates have often had to downplay their sexual orientations to appeal to voters. Blair, on the other hand, gave his husband, Billy, a co-starring role in his very first campaign video, and he regularly shares posts of the couple and their dog, C.J., to social media. He has also been open about his coming out story.

We know LGBTQ Americans are more likely to be living in poverty. We still don’t have full equality when it comes to housing. You name it, there’s much to be done. And so to be in a position to help bring that change is particularly meaningful to me and my family.