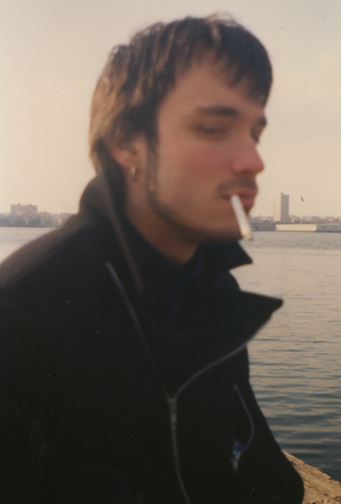 Pride is a time to celebrate a lot of things.

I’ve been so consumed lately planning the two big parties I am throwing over pride weekend that I haven’t had any time to think about much else. I know they are going to be fabulous and I am so grateful for the amazing team that has been working so hard by my side through the creative process, logistics, and fundraising.

I joke about it and tell people that I’m overwhelmed, overworked, and overrated. Sometimes that’s just how it feels. I was soaking in my tub with my new CBD bath salts last night and started to reflect on moments in my life that have helped shape who I am as a queer today. Some of them included my dad letting me buy anything I wanted at the art store as long as I promised to sit through my brothers Little League game, stepping off the sidewalk and onto Market Street one gay pride and feeling absolutely free, and overhearing my mother proudly telling one of my uncles that I am gay.

The letter that follows here is one I’ve wanted to write to my ex-boyfriend for quite a long time. He was the only guy I ever talked about marriage too – even if it was sometimes just in jest. During the time we spent together, many things changed, steering the course of my life into a new direction.

My heart stopped a little today when I realized that it will be 26 years this June since you’ve been gone. I sat back and thought about you and me, and us together. I got the biggest smile and a little misty-eyed when for a moment I saw you again through my eyes. Tears of love and loss.

It was the mid-80’s, and the beginning of the AIDS epidemic. I was living in the heart of the Castro District with some crazy idea that if I ran away to New York City to live, it would erase all the darkness that was swirling around me. The darkness that was on every corner, on the news, in every paper, and in everyone’s eyes. No one was untouched by fear, sadness, and loss.

I met you one warm spring night while on vacation in New York. You were tugging on your ear behind the door of coat check as I handed you my jacket at a bar on St. Mark’s Place. I know that I was supposed to walk away when you came back with my claim ticket – but I didn’t, I couldn’t. There was something about your smile that made me stay right there. It was close to midnight and the drag show was about to begin and you suggested I go watch it, that you had to work the lights.

So I made my way through the crowd and to the front of the stage where I looked up at a queen that was demanding every bit of my attention. She captivated me in a way that no other queen had and for a moment it was as though I had never seen drag before. I knew right then that I would someday become friends with this person onstage. The MC asked us to give her a big round of applause and introduced her as “The Hog Queen of lip sync – Glamamore.” When the show finished, I made my way back to the coat check and gathered the courage to ask you out to dinner but you declined. You said you couldn’t do it because you had a boyfriend. I looked into your eyes, smiled back and said, “You might as well because someday you’re gonna be my boyfriend.”

But the dinner didn’t happen.

Later that year, I moved into my new apartment on West 10th Street at the West Side Highway, making my way to that bar as quickly as I possibly could, in hopes of seeing you again. But you weren’t there – actually, no one was. So, I sat on a barstool and ordered a drink, wondering if I would ever see the young man that had gotten away, the one that I foolishly thought would still be there waiting for me, the one that I had dreamt one spring night would someday be my boyfriend. And then someone tapped me on the shoulder and said, “Hey, I’m ready for that dinner.” My heart flew straight up into the air like a kite, crashing through the clouds and into the clear blue sky. We had that dinner at that cute little Thai restaurant in the West Village and loved and laughed and became the boyfriends I always thought we would be. It was a crazy dream come true. High, high, high we flew. It was love in all its forms.

A few months later we go to the airport in a limousine to pick up your best friend, clothing designer Mr. David, who was in Los Angeles working on a project. Little did I know that it was Glamamore, the queen that was on the stage that first night I met you at the bar. At the time, I was starting to wonder where this story was going to take me.

A few years later, after many nights of love and dinners and life, we parted –  the test had come back positive. Your family needed you and mine needed me, and it felt like we were getting tugged apart until our hands slipped and we both had to let go. I came back to San Francisco, the place I had always considered home, the place where I came out as a teen, the place where my family was – waiting for me with open arms to welcome me home.

Then June came and you were gone.

I walked through Civic Center that bright day, the breeze was strong and the rainbow flags were flapping fiercely in the wind and I again remembered how you had opened up my world those few years we were together. You made the days and nights blend together with such magic and joy every time you laughed or smiled. I knew that I would never experience anything like that again. It was special and young and new. I sometimes close my eyes and soar high in the sky looking for that place in the universe where someone like you loved someone like me.

There the sun is always shining bright and everything is gay and happy and free.

Subscribe to Queerty for a daily dose of #juanitamore! #sanfrancisco stories and more