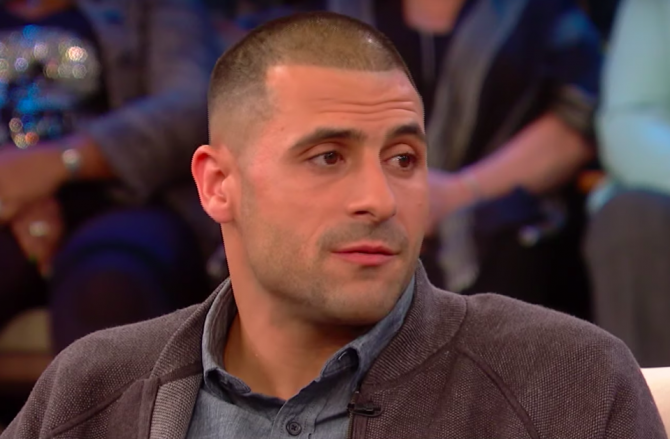 Rumors about Aaron Hernandez‘s sexuality have been swirling ever since his suicide in 2017. Now, the former NFL superstar/convicted murderer’s bother is weighing in on the matter.

In an appearance on The Dr. Oz Show, which airs later today, Hernandez’s brother, Jonathan, says his brother came out to their mom during a tearful prison visit shortly before his death.

“He’s like, ‘Mom, you’re going yo die never knowing your son,’” Jonathan Hernandez says in his first interview since the release of the Netflix docuseries Killer Inside: The Mind of Aaron Hernandez.

Jonathan continues: “My mom being my mom, started mouthing with Aaron, and they started bickering back and forth, and all of a sudden they have this conversation, and they’re both flooded with tears across from each other.”

Jonathan also goes into vivid detail about their father’s abusive behavior towards the family and how if he ever learned Aaron had same-sex attractions he would have “beat that out of him.”

“If he did feel that way, or if he felt the urge, I wish that I was told,” Jenkins said. “I wish that he would have told me because I wouldn’t have loved him any differently. I would have understood. It’s not shameful.”

She continued, “You can’t describe someone’s sexuality without them being here. Although I’ve had a child with Aaron, I still can’t tell you what he was feeling inside.”

Killer Inside chronicles the meteoric rise of Hernandez as a star NFL player of the New England Patriots before his shocking arrest and conviction for murder in 2013.

The series features interviews with close friends and relatives of Hernandez, including a former teammate who claims the two had a gay relationship, and suggests that Hernandez’s internalized homophobia contributed to his decaying mental state, as did drug use and brain injury.

It also hints that Hernandez may have been responsible for other murders besides that of Odin Lloyd, and that he may have killed Lloyd after he discovered Hernandez’s closeted sexuality.

Related: Aaron Hernandez’s fiancee opens up about what she knew before his death