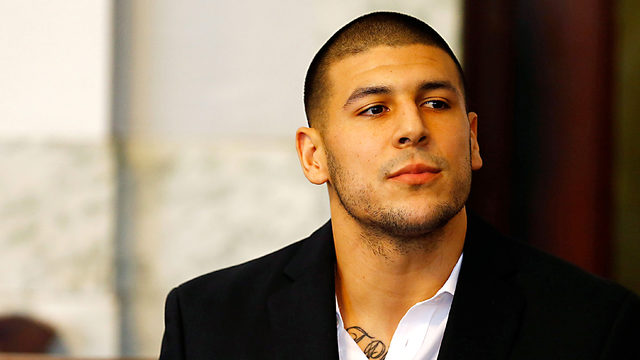 A former teammate of Aaron Hernandez is speaking out about the late NFL star’s bizarre behavior in a lengthy new profile published by The Boston Globe.

Former Patriots receiver Brandon Lloyd tells the Globe that Hernandez was a difficult person to work with.

Lloyd says he was warned about Hernandez’s erratic behavior by Wes Welker, a six-year veteran of the team.

According to the Lloyd, Hernandez often behaved erratically at practice, engaging in “child-like” and “disruptive” behavior and once threatening to “f*ck up” a teammate at training camp.

Another time he allegedly exposed his genitals to teammates while talking about “gay sex”.

Hernandez was convicted of murdering Odin Lloyd in 2013. In 2017, he killed himself in his prison cell. Shortly after his death, rumors that Hernandez had a gay jailhouse lover began swirling. His fiancee, Shayanna Jenkins-Hernandez, has repeatedly denied the rumors.

In August, she put out a statement that read, in part: