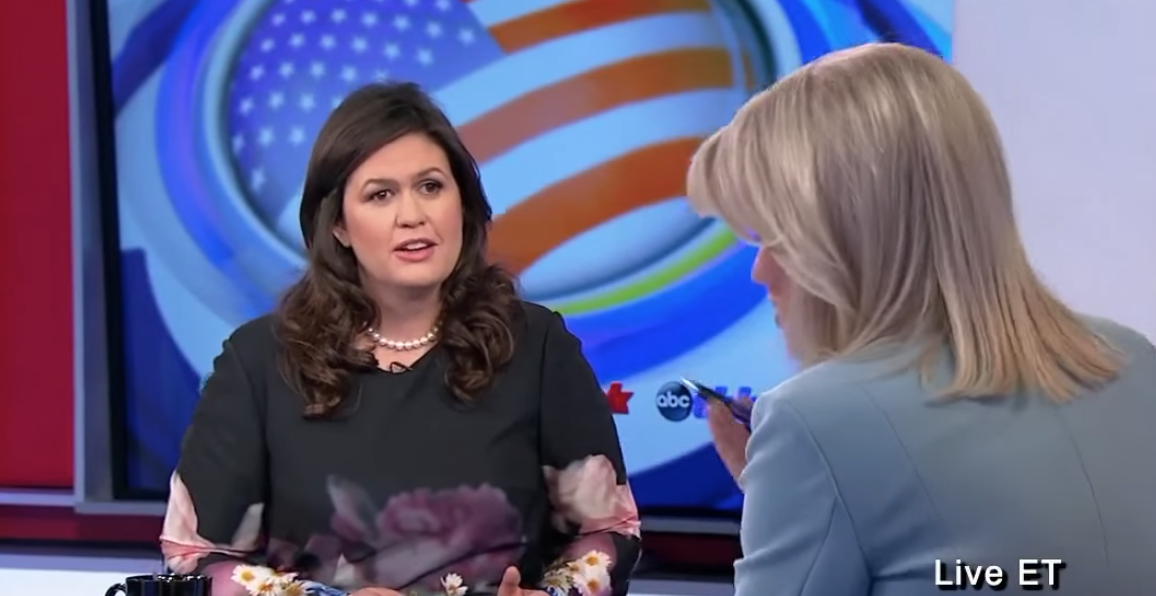 Let it suffice to say Huckabee didn’t exactly rise to the occasion.

ABC News host Martha Raddatz was quick to point out that Trump said it was a “fact” that his phones had been tampered with but didn’t bother to provide any proof.

The New York Times, the BBC have also talked about and reported on the potential of this having had happene. All we’re saying is let’s take a closer look. Let’s look into this. If this happened, if this is accurate, this is the biggest overreach.

Sarah Huckabee Sanders: "I'll let the President speak for himself.

Martha Raddatz: "But you're his spokesperson!?"

“If! If! If! if! If!” Raddatz exclaims, clearly exasperated. “Why is the president saying it did happen?”

“I think he is going off information he’s seen that has led him to believe that this is a very real potential,” Sanders says. “The American people have a right to know if this took place.”

“His tweet speaks for itself,” says Sanders. “He’s talking about… could this have happened?”

“He’s saying — once again, he said it did happen,” Raddatz replies.

“All we’re asking is we get the same level of look into the Obama administration and the potential that they had for a complete abuse of power that they’ve been claiming that we’ve done over the last six months. And time and time again, there’s no evidence or wrongdoing. The FBI says this is B.S. Yes, you guys continue to hammer and hammer of some false idea and false narrative that there’s something there when, frankly, there just isn’t.”