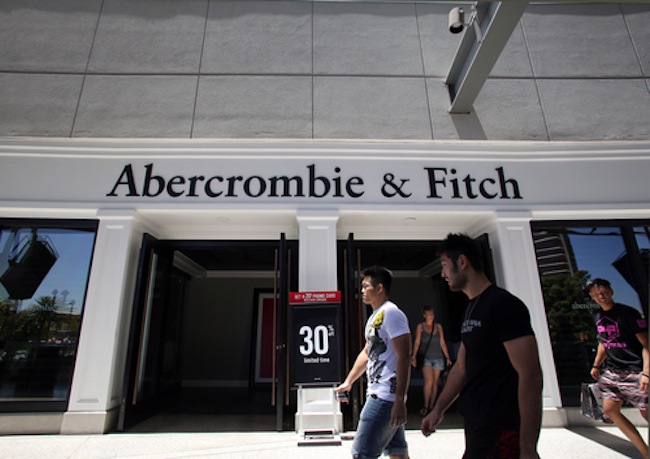 Well, that didn’t go over too well.

Fashion retailer Abercrombie and Fitch have come under fire for a since-deleted tweet reading, “The Pride community is everybody, not just LGBTQ people — Kayla.”

After deleting the original tweet, A&F wrote a few follow up messages, including “Pride is an important time for the LGBTQ+ community. At A&F we work to ensure that everyone feels included, respected and empowered. #pride”

Another one read: “We are proud to show commitment to the LGBTQ+ community and to bring awareness to the important work the @TrevorProject does.” 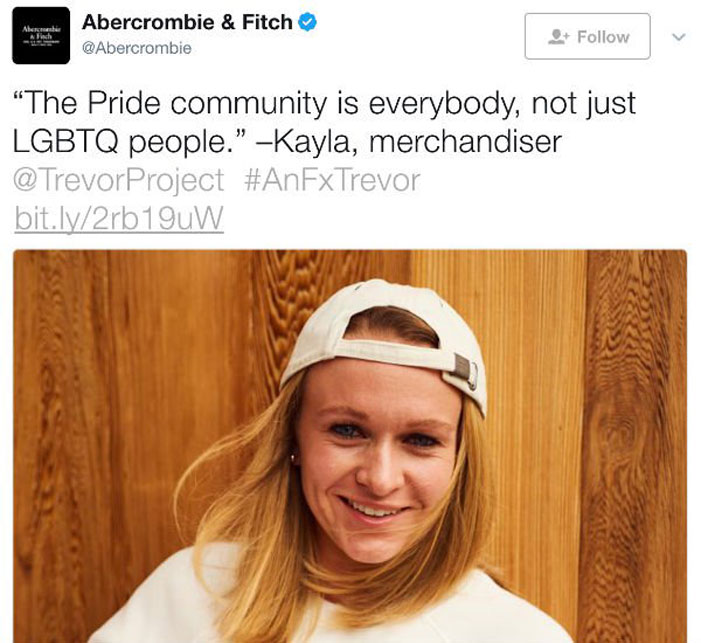 Pride is about being proud of being LGBTQ. That's why it's called #Pride.

If you respect us, don't co-opt that—especially for profit!

Love you @TrevorProject, but this is not a productive statement. Pride is for LGBTQ people because of the ways it's forcibly taken from us.

me looking for the word "sorry" in your tweets pic.twitter.com/4YQOP9ItI6

……. I appreciate the work that the Trevor Project does but this quote is bullshit. Pride is for queer people. that's the whole point.

Pride isn't for allies, Pride is for LGBTQ people.

Are they "All Lives Matter"-ing #PrideMonth . WTF @Abercrombie !?!? This month is not about cishets!!!

Here, I'll fix it for you:
As ally, I support the lgbtqa community during this month of Pride and throughout the year.