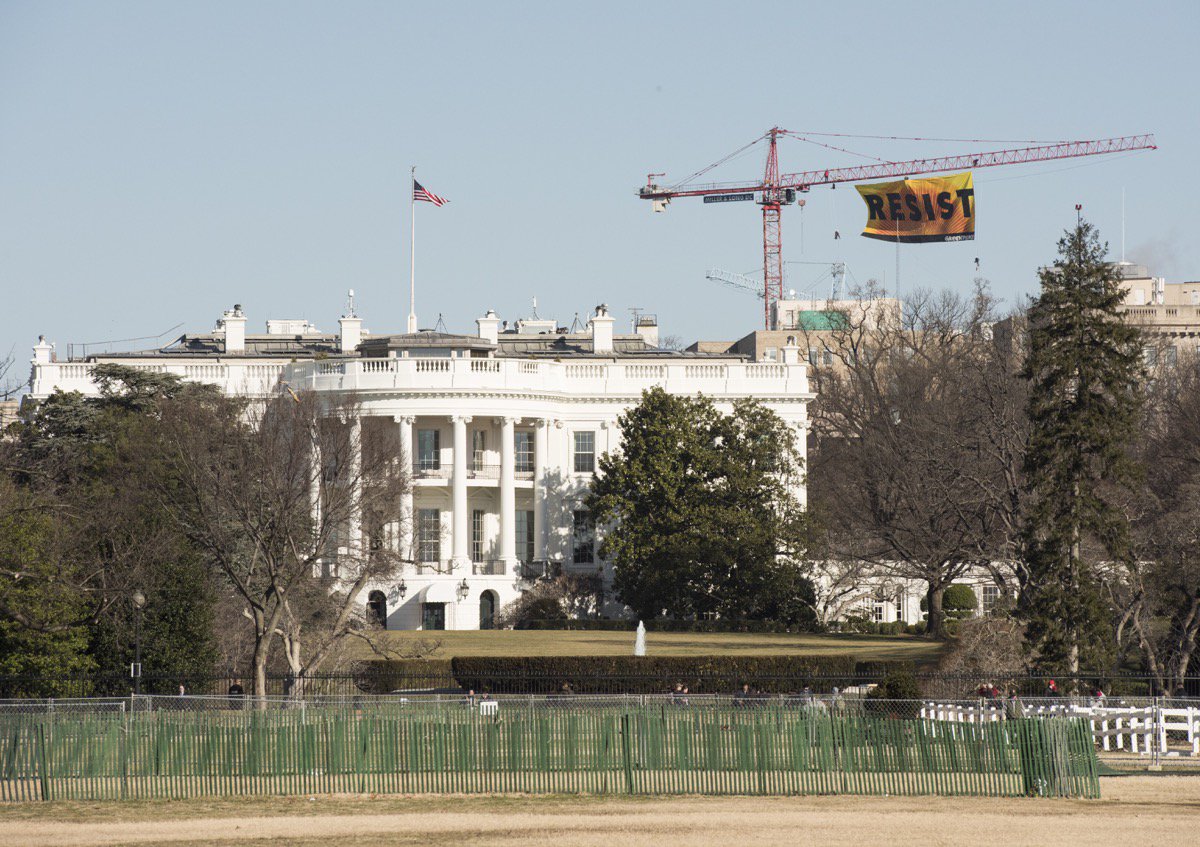 Expect a Trumpian Twitter tizzy to erupt on an Internet near you soon.

This morning, seven Greenpeace activists risked life and limb to climb a 300-foot crane and unfurl a banner in protest of the President.

Related: 14 “alternative facts” for the Trump administration to chew on

We should probably mention that the 70′ x 35′ banner is just several blocks from The White House, and anyone looking from the South Lawn can quite clearly see the message.

“Greenpeace has used nonviolence to resist tyrannical bullies since 1971, and we’re not going to stop now,” board chair Karen Topakian said in a statement.

In a live Facebook video from atop the crane, she added:

The crane isn’t the work of Greenpeace; it just happened to be chillaxing near The White House, and Greenpeace seized the opportunity to use it for their peaceful, death-defying protest.

“It was a little chilly this morning when we arrived at the crane site, but it was a lot chillier in the oval office when President Trump decided to sign those executive orders reinstating the Keystone Pipeline, reinstating the North Dakota pipeline, taking women’s right to choose away from them,” Topakian said in a Facebook vid.

Related: The Netherlands has trolled Trump with absolutely stunning form

Pearl Robinson, an activist who helped hang the sign, said:

Now is the time to resist. We won’t stand rollbacks on all the progress the people have made on women’s reproductive rights, LGBTQIA rights, the heightened awareness of state-sanctioned violence on black and brown folks, and the progress we have made on access to clean and renewable energy, an issue I have personally worked on my entire adult life.”

Disorder in the court
15